It is the last day of summer vacation and I have no clue if we should do something fantastic or let my baby bassets play video games all day. I get the feeling after the last week we have had with beach, lake, fair and baseball games, it will be a full day of pajamas and nothing. Sounds like a good plan to me. 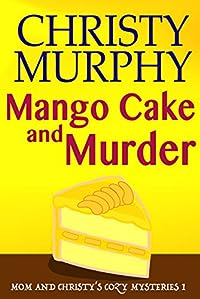 What do you get when you combine mango cake, murder, and Mom?

An unlikely recipe for a better life! When Mom convinces Christy to ditch her “lousy” job and help with the catering business, their fledgling partnership suffers a few setbacks. One of them can’t cook, they’re short a catering van, and the guest of honor at their first party is murdered.That would be bad enough, but then, Christy’s cousin, Celia, becomes the prime suspect.Solving a murder is no easy task, but when drunken death threats, a dashing detective, and terrifying taxidermy are added into the mix, the case becomes almost impossible to crack. Who knew a small town like Fletcher Canyon could be filled with so much craziness? Will the disaster-prone duo find the real killer before Celia’s reputation is destroyed, or will Celia end up in prison for murder?

Find out in this quick comedy cozy!This novella is the first book in the Mom and Christy’s Cozy Mysteries series, and is a complete mystery that you can read in an hour or two. It does NOT contain strong language or graphic violence. But it does contain a cute cat! 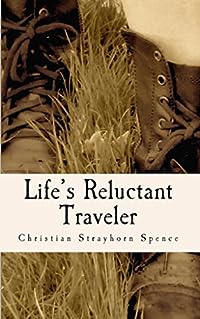 When is love, betrayal? When is betrayal, unforgivable? And when is the unforgivable, necessary?

Elzbieta Czeslek only dreams of love in pre-World War II Poland. Lost in daily reverie and hopes of any romantic encounter, she is suddenly faced with the drastic realities of Nazi occupation. Little does Elzbieta know that finding love in a time of war may dictate her life forever. 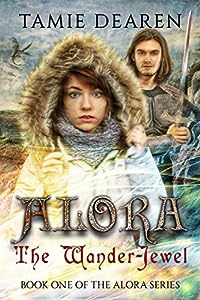 Alora’s mundane teenage life is about to change!

Alora has visions. Only while in the shower. And only of one stranger: a handsome young man with long brown hair, intense green eyes, and the oddest clothes. A young man who vanishes whenever she opens her eyes.

And then one day, he doesn’t…

Alora’s safe world is soon turned upside-down as she’s thrust into another realm where her soulmate waits, magic abounds, and unfathomable evil seeks to claim her. 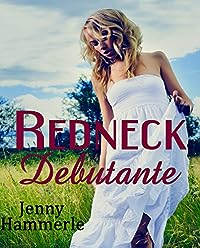 Nothing could have prepared her for the sight of the rugged cowboy. Green eyes, dark-brown hair, tall, tanned, nicely muscled. And there she was, standing in the creek in only her underwear.

Fifteen-year-old Rachael Harte has everything she could want- plenty of money, hang-out time with friends at the beach, and Colten, the hot boyfriend every girl in her prep school drools over.

But just as she receives her long-awaited debutante invitation, scandal strikes her family. Now Rachael has to go to public high school and live with her Aunt Margaret in a place called Fruitville. How much more redneck could it get? The first day, as she’s cooling off from the heat, she hears a soft ‘ahem’ and looks up into the eyes of Travis Baxter, the most handsome cowboy she’s ever seen. His smirk is bad enough. Worse, they’re now neighbors and will attend the same school.

As Rachael plunges into redneck life in rural Florida, she’s charmed by a quirky new group of friends, including Travis’ twin, Maysie, but still misses her friends back home. Can Rachael and Colten survive on once-a-month visits? Or will Travis’ cowboy charms win her over? What she learns as a Redneck Debutante will teach her more about love and life than she could ever have dreamed. 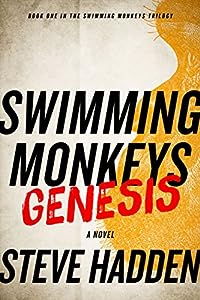 An Impossible Promise… A Remarkable Discovery… A Decision for Mankind…

When Ryan Webster is summoned to a Miami hospice by his dying grandfather, he knows his hero’s life is about to end. A renowned zoologist and founder of the world’s most famous primate park, his grandfather tells Ryan about a remarkable species of monkey kept secret by the Webster men since their discovery in 1926, the year after the Scopes Monkey Trial. Ryan makes an impossible promise when he’s told he has a unique gift and agrees that only he can save them and decide if the world is now ready to deal with the fallout from their revelation.

As Ryan follows his grandfather’s clues to California and beyond, he’s tracked by a relentless mercenary, targeted by radical Christians and hunted by the world’s most famous atheist. Aided by his crazy Iraqi War veteran turned surfer-dude uncle and the most enchanting but deadly woman he’s ever met, Ryan discovers the monkeys can do much more than swim, and he learns their revelation will shock evolutionist, rock the foundation of the Bible and transform the life of every human being on earth.

Now, his only hope to stay alive is to save the monkeys and live up to his promise to the greatest man he ever knew — and in the process become the man he’s not ready to be.

Swimming Monkeys: Genesis is an extraordinary thriller that blends real-science and riveting fiction to examine the on-going struggle between science and religion and the fallout that could affect us all.