If you like the pulse pounding novels of Mary Higgins Clark and Gillian Flynn, or maybe edge of your seat technothrillers are your thing, then this collection by author John Triptych is just what you are looking for. Enjoy! 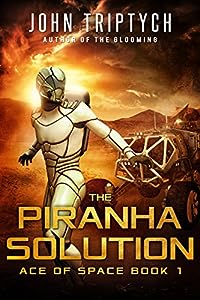 In the near future, a new space race begins. Private industry is now pushing the limits of human exploration and colonization. NASA has changed its mandate into a regulatory agency to oversee all US-based corporations and individuals involved in interplanetary expansion.

Stilicho Jones always has his hands full while working as a personal troubleshooter for eccentric trillionaire Errol Flux and his numerous cutting edge space projects. When a mysterious and potentially deadly situation threatens the colonies on Mars, Stilicho must team up with a feisty NASA special agent in a race against time to avert a looming catastrophe that could end any hope of inhabiting the Red Planet. 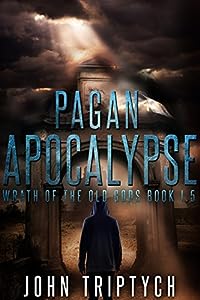 THE END OF THE WORLD HAS BEGUN. WHAT DO YOU DO?

Steve Symonds is just a typical 13-year old boy living in London. His main interests revolve around videogames, the internet, inline skating, and annoying his friends and family. But when the ancient gods of myth and legend suddenly appear out of nowhere and begin to cause havoc all over the world, Steve must find the strength and courage within himself in order to survive and ultimately prevail against a monstrous, supernatural tide of chaos that threatens all of humanity.

Pagan Apocalypse is a complete stand-alone novel and it is not necessary to read the other books in the Wrath of the Old Gods series in order to enjoy it. This book is suitable for ages 12 and up.

Wrath of the Old Gods Series: 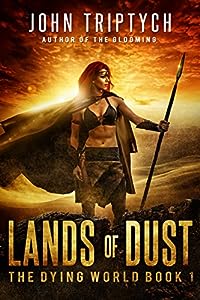 Lands of Dust (The Dying World Book 1)
by John Triptych

Millions of years from now, the planet is dying. The oceans have dried into plains of ash. Strange, lethal creatures ravage the land. The surviving pockets of humanity eke out a brutal existence.

But some humans have also evolved — into Magi, men who can move objects with a mere thought, and Strigas, women who can control others’ minds. Once, Gorgons could do both, and were the rarest of all. But a devastating war eradicated the Gorgons, and their terrifying presence faded into legend.

Miri, a powerful Striga and the chosen protector of her village by the Great Silt Sea, is sworn to defend her people against attacks by raiders and monsters. But when a mysterious young boy is found near the wastes, her once familiar world shatters, and she and her allies must journey across an unforgiving planet in order to unravel a mystery surrounding the extinction of the Gorgons — one that could change everything they thought they knew.

Explore Dying World, a new dystopian science fiction series in the tradition of Jack Vance’s The Dying Earth, Gene Wolfe’s Book of the New Sun, Frank Herbert’s Dune and Star Wars — as only John Triptych could tell it! 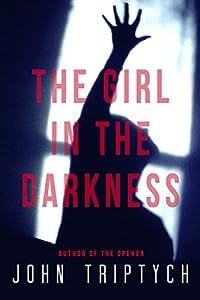 The Girl in the Darkness
by John Triptych

Brenda DeVoe lives a lonely, quiet life in a secluded house by the backwoods of Virginia. Her days are spent working as a volunteer at the local animal shelter, caring for unwanted and injured pets. Once the toast of their small town, Brenda and her husband Jeff were destined for great things until one fateful night, when their young daughter disappeared without a trace. Their marriage soon fell apart and they separated, each to live out their damaged lives as best they could. Years later, Brenda finds something familiar when an injured cat is brought into the shelter, and the nightmares that she had once left behind are now returning… with a vengeance. 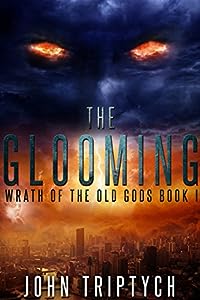 BOOK 1 OF AN EPIC POST-APOCALYPTIC SERIES!

MYTHS ARE NO LONGER JUST LEGENDS, THEY ARE REAL.

The end of the world is finally here. And it will be nothing like what you’d expect.

All over the earth, strange and horrific events begin to unfold. A US combat team in Iraq comes under attack from mystical forces, an anthropology professor has an eerie encounter at Stonehenge, a runaway teen finds a very strange pet in Arizona, a young orphan in Siberia meets a terrifying old woman, and a pair of NYPD detectives discovers the ghastly doings of a supernatural cult.

A large and diverse group of characters struggle to survive as civilization begins to collapse all around them. As each one realizes their true potential, every one of them must go through a personal, danger-filled journey in order to turn back the sweeping tide of chaos and destruction that threatens the entire world as we know it. Many will die, others will be corrupted, and the remaining few will be the humanity’s only hope.

For the old gods have returned to cleanse the earth, and their revenge will be swift and merciless.

Wrath of the Old Gods Series: