Meet the Leechborn. We knew them only through myths and legends; our Gods and monsters, our fey and our foe. In modern times, they have hidden in plain sight as leaders of nations and masters of industry. Join the thrilling adventure in the Histories of the Void Garden series by Damian Huntley, as David and his 7-year-old daughter are dragged into their world. 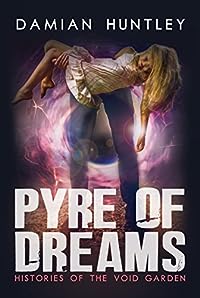 Histories of the Void Garden, Book 1: Pyre of Dreams
by Damian Huntley

“Your life, Mr. Beach, has become inextricably entangled with the day to day enterprises, industries, and affairs of angels and demons, the fey and the foe, the gods and the monsters of this world.”

David Beach’s worst nightmare is just beginning. With a seven-year-old daughter to protect, David finds himself the lead suspect in the investigation into the assassination of sixteen world leaders. With no one to turn to, he is all too willing to accept help from any corner.

But when help comes, David’s understanding of the world is flipped on its head. He learns of the Leechborn; immortal shape-shifters who have stood in the shadows of humanity, warring over a sacred prophecy. Could the very people he’s accused of assassinating be among these immortals? Can David save himself and his daughter by becoming Leechborn? 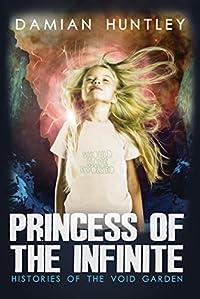 “Are you close? Can you feel the world above? It awakens to my presence. Perhaps you belong to the soil now. Stay below. Feast on the grubs and the roots. The world is lost to you already. The child has found her feet.”

Reeling from the shocking resurrection of sixteen world leaders, people are awakening to the presence of the Leechborn. Heralded by the end of the Great Dream, the first battle of a new age has begun.

When last seen, seven-year-old Stephanie Beach was riding into battle on the back of a Beast of the Void. Now, she must come to terms with her new found powers, but thankfully, she has some powerful allies on her side. Between them, Stanwick Thrass and West Yestler have over sixty-thousand years of experience in these sorts of things.

Princess of the Infinite is the second in the Histories of the Void Garden series.