My sweet chickies are certainly not fans of the new puppy Junebug. Trudy in particular is not going to take one ounce of shenanigans from little Junebug. Junebug is fascinated by the ladies and runs up to see them when they are out on the lawn. She has even taken to chasing them a little bit. No a full chase to kill, more like a romp at while the ladies walk away annoyed. Not Trudy though. She turns around, faces Junebug head on, and chases her right back to where she came from. They only get a few steps before Junebug is gone in a flash. I don’t think it will take much to teach little Junebug that it’s not proper to harass the ladies, but for now they will just have to tolerate the new baby. 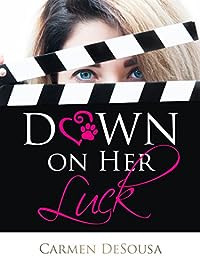 Down on Her Luck: Alaina’s Story (What’s luck got to do with It Book 2)
by Carmen DeSousa

Thirty-nine-year-old struggling actress Alaina Ackerman isn’t just down on her luck today; lady luck has packed up and left town for heaven only knows where. Instead of ending up homeless on the streets of New York City in November, Alaina accepts her mother’s holiday invitation and heads home to Pittsburgh for a much-needed break. Maybe even to give up on acting altogether.

The last thing Alaina expects is to be happy returning home, especially when fate not only tosses an abandoned puppy into her lap, but also practically embeds Markus Klein into her life. That wouldn’t be so bad if she hadn’t spent the last twenty years trying to forget the night they crossed the “just friends” line. Now, torn between a love she thought she lost, and one she never knew existed, that vicious harpy some call fate dangles Alaina’s dream opportunity — a leading role — in front of her. Her only problem… Going after her dream could jeopardize her chance at love.

As if a new puppy, love, and career aren’t complicated enough, Alaina discovers that her mother and sister are keeping a secret from her. The revelation might be just enough to get Alaina’s life heading in the right direction… or send her over the edge.

WARNING: Although there are many adult situations in this contemporary women’s fiction with a hint of humor and romance, if say… something crazy happened and a famous producer adapted this novel into a movie, it would have a PG-13 rating. There are no erotic scenes, no graphic violence, and while there are a few allowed-on-TV curse words, there aren’t a plethora of gratuitous foul words. Oh, and if you were looking for a cliffhanger, you won’t find that here either. While “Down on Her Luck” is a follow-up story to “Some Lucky Woman,” it is a stand-alone novel. Please proceed at your own risk. 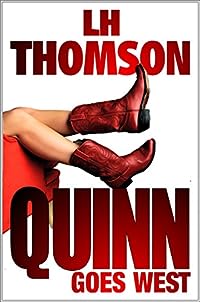 Someone wants Liam Quinn dead, but he’s not sure if it’s the aging TV actor, the aging mobster, or one of a bevy of local gals who have him in their sights. The desert’s a tough place, and Arizona is a long way from his beloved Philadelphia. The Nora situation is more convoluted than ever, a hippie with a mean streak has a gun to his head, two goons are digging his grave and the last time he stepped in the ring, some guy knocked him out without even touching him. Still, Quinn would tell you it beats dealing with his love life and family back in Philly, at least marginally. And that’s what happens — well, that and a dead guy — when Quinn Goes West.

For lovers of Robert B. Parker, Christopher Greyson and David Archer, this private eye series offers a steady stream of action and adventure, humor and even some romance. 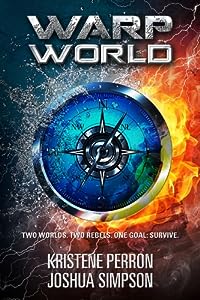 An ambitious explorer. A rebellious captain. Together, they’ll change the course of history…

Seg Eraranat is desperate to prove his worth. The cultural theorist’s interdimensional expedition to restore his dying world could be just the chance he’s looking for. While the rest of his group scours the beaten path, Seg sneaks off to explore the alien terrain. But the path to the biggest payload in history could be more treacherous than he ever thought possible…

Ama Kalder faces an impossible choice: hand over her beloved boat to her cruel overlords or betray her people. When a mysterious foreigner offers a hefty fare for passage, she thinks she’s found the solution to her problems. But a brutal murder reveals the true identity of her passenger… and the true cost of his mission.

To save an oppressed people and a dying planet, Seg and Ama must form an uneasy alliance. The fate of two worlds is in their hands…

Warpworld is the first book in a series of fast-paced sci-fi novels. If you like lavish worlds, daring exploits, and a touch of romance, then you’ll love Kristene Perron and Joshua Simpson’s action-packed tale! 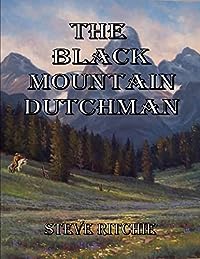 When Maggie Buckner is captured by a gang of outlaws an unlikely old man known as ‘The Dutchman’ is the only one who can set her free. Outnumbered eight to one, the Dutchman sits perched on a bench near Savage Peak, watching the fugitives as they ride out onto the open prairie. He adjusts the sights of his Remington No. 1 Rifle and waits as the first rider comes into range. When he stops shooting, three of her captors lay sprawled on the prairie… dead.
After striking the first deadly blows, the Dutchman trails the group across South Pass through the unpredictable Wyoming springtime weather, like the fourth horseman of the apocalypse… and surely Hell goes with him. 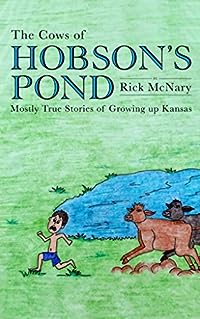 The Cows of Hobson’s Pond: Mostly True Stories of Growing Up Kansas
by Rick McNary

Somewhere, some cow’s therapist knows everything there is to know about Rick McNary.

For a bored child living in rural Kansas in the sixties, frolicking in Hobson’s Pond was as adventurous as being Jacques Cousteau on the Atlantic Ocean. In a country kid’s imagination, the pond teemed with exotic marine life, pirates and sunken treasure.
In reality, the pond was a muddy hole filled with finger-length catfish and grumpy old bullfrogs. In addition, The Cows of Hobson’s Pond believed they had the inalienable right to soak their udders in the water like it was a spa. Whenever Rick and his buddies went swimming, they had to run the cows out first. This frequently backfired and, instead, the cows chased them.
Rick pokes fun at himself, his family, the cows and life in rural Kansas. There are stories about how the cows were responsible for starting the streaking fad, the reason little boys should never practice medicine, why his brothers called him the Elmer Fudd of hunters and the day his Mom washed his mouth out with soap.
Laugh along with Rick who claims the stories are mostly true but, to avoid being sued, he changed a few names and made up the parts about the cows.