If I were my friend I would be kinda sick of me. I am still pretty awesome to hang out with, but I talk non-stop about my baby basset’s school walk-a-thon that I am organizing. I have been working on it since last June, gathering volunteers, planning prizes, and getting companies to sponsor the event. It is one of our biggest fundraisers of the year, so… no pressure. I keep telling the PTO that this is my last year that I will do this, but I get the feeling they don’t believe me. They just give me a squinty grin and say suuuuure. I plan to wear running shoes next year when they mention the event again. I’m going to start training now, so I can make a break for it when they look at me for next year’s event. I can’t complain too much though. This years them is the Wonderful World of Dr. Seuss. You just can’t help but smile when you see any of those fun little characters. 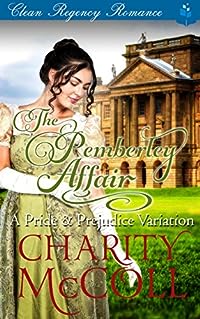 Elizabeth Bennet Darcy, a newlywed, finds that adjusting to the expectations of London society during the season imposes a vastly different set of expectations upon her. Her upbringing, although respectable, did not prepare her for rigorous adherence to the ways of the haute monde.

When she is asked to chaperone the daughter of Lady Descartes, a former actress married to a member of the aristocracy, Elizabeth is hesitant to take on the responsibility, particularly when the young lady, a lively young woman who shuns her genteel upbringing and goes by the name of Tommy, takes an interest in a young man who has been disinherited by his father because of his ambition to become a poet.

Ultimately, the drama must be resolved at a gathering at Pemberley, at which the redoubtable Lady Catherine de Bourgh, Mr. Collins and his wife, Elizabeth’s friend Charlotte, the Bingleys, and the warring parents of the young couple are present for a confrontation that tests Darcy’s trust in his wife and Elizabeth’s confidence in her role as the mistress of Pemberley. 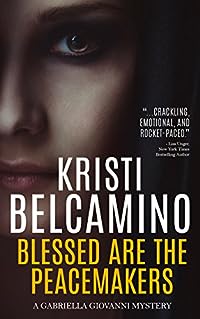 A primordial evil lurks deep in the jungle. A ruthless killer. A deadly game.

The ANTHONY, BARRY, & MACAVITY-nominated series continues…
Gabriella Giovanni has it all.

A stunning penthouse in San Francisco. An exciting job on the crime beat. A doting, handsome husband and a beautiful little girl.

So, when she complains about all the travel her husband’s new DEA job requires, Gabriella knows she has good problems.

But when her husband’s plane goes down in the jungles of Guatemala and she is told he is dead, Gabriella thinks things could not possibly get any worse.

Despite the U.S. government’s attempt to find the wreckage, they come up empty-handed. Gabriella heads to Guatemala to find some answers, and hopefully, some healing.

In the deepest, darkest jungles, it doesn’t take long for Gabriella to realize she’s in over her head and putting what remains of her life–and everything she loves–at risk.

Gabriella Giovanni has it all. A stunning penthouse in San Francisco. An exciting job on the crime beat. A doting and movie-star handsome husband and a beautiful little girl. So, when she complains about all the travel her husband’s new DEA job requires, she know she has good problems.

But when her husband’s plane goes down in the jungles of Mexico and she is told he is dead, Gabriella thinks things could not possibly get any worse.

Despite the U.S. government’s attempt to find the wreckage, they come up empty-handed. Gabriella heads to Mexico to trace Donovan’s path to find some answers, and hopefully, some healing.

In the deepest jungles of Mexico, it doesn’t take long for Gabriella to realize she’s in over her head and is putting what remains of the life, including her precious daughter, and her ill mother, at risk. 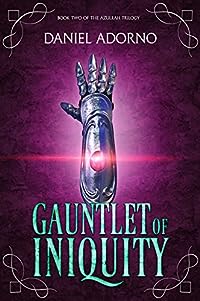 Gauntlet of Iniquity (The Azuleah Trilogy Book 2)
by Daniel Adorno

A brazen assassination. Two nations on the brink of war. And, a weapon that changes everything…

After an assassination divides the kingdom of Aldron and bolsters the evil Draknoir forces, Lucius travels with a group of Aldronian soldiers on a clandestine mission to retrieve the Gauntlet of Iniquity and turn the tide of war.

?But far from being an easy solution, Lucius finds that wielding this powerful weapon comes at a price, and may very well destroy him and his allies.

Gauntlet of Iniquity is the second installment in the Azuleah Trilogy, an epic fantasy series filled with action, adventure, and intrigue. Fans of C.S. Lewis’ Chronicles of Narnia and John Flanagan’s Ranger’s Apprentice will feel right at home. 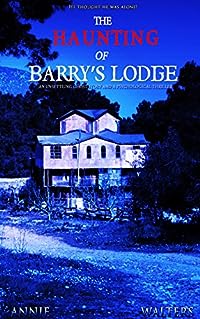 The Haunting of Barry’s Lodge: An Unexplained Eerie Ghost Story
by Annie Walters

He thought he was alone…

Alfred, a washed-up author plagued by failures, can’t believe his luck when his father in-law, Frank, provides him with a chance that he direly craved for:

Seven days alone in an isolated Motel with the task of finishing his upcoming book!

But little does he know about the Motel’s unsavory history. Hidden in the copse of trees and about 400 miles away from his home, it is a two-storey facade with twisting malevolent chimneys and an eerie allure. With no WI-FI, poor signals and weird set of rules, the bizarre atmosphere soon turns his seemingly idyllic trip into a living nightmare. Apart from the usual creaks, groans, and moans of the crumbling structure, he soon finds himself face to face with an entity; an urban legend that is lurking in the spectral woods long before the motel found its existing foundations.

The Motel’s dark and daunting history quickly becomes tangled with Alfred’s life as he frantically searches for answers. Barry, the caretaker, is hiding something. But what is it? Is there someone else living in the motel beside him? Or is the caretaker not what he seemingly appears?

Alfred rapidly begins to lose his tenuous grip on reality as he sinks further and further into an intricately designed game of deceit and lies that might put his life in danger! Or is he a threat to himself and everybody around him?

The Haunting of Barry’s Lodge is a gripping novel of a riveting ghost story and a dark, disturbing psychological thriller with a breath-taking twist by the British-born author, Annie Walters. 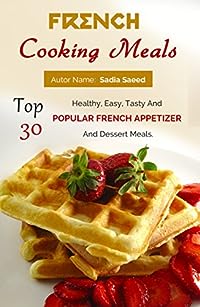 Are you looking Nutritious plus Super-Tasty French Meals?

Then you have found the perfect cookbook. You will find different variety of French Meals inside this cookbook. The best part about these recipes is that they are easy to prepare, delicious, recommended and nutritious all at the same time. You’ll find following benefits in this cookbook.

=> Each recipe in this cookbook is healthy, tasty and easy to prepare.
=> Each recipe is accompanied with captivating, beautiful and colored picture of the final outcome recipe.
=> Step-by-step directions for preparing each of the recipes that makes the process of cooking much easier and quicker.
=> Ingredient for every recipe is clearly written and measurements are given in very simple and easy to understand manner.
=> The cookbook comes with Linked table of contents which made jumping to your preferred and desirable recipe very easy by just clicking on the recipe.

For a full list of what you can see inside, scroll up and click on the look inside feature and check out the Table of Contents!
Don’t Lose Your Chance and Join Thousands of Readers Today Before the Price Becomes Higher!

No matter what your eating style, these French Meals are simply the best collection of wholesome and healthy quick and fast recipes around.