Pain For The Ego

I can barely walk today. My ego got the best of me at Parkour class (getting from point a to point b without touching the ground). Usually the class consists of just me and my partner in crime Rachael. Last Wednesday we were joined by a full crowd of young whipper-snappers in their early twenties who, I am certain, believed they were invincible and could fly. So my ego kicked in and I refused to slow down, even when my hip started acting up, and my right knee was giving me troubles. I did land a few times on my shoulder that gave me a terrible shock of pain. I didn’t let those things slow me down and I didn’t let them see I was hurting. So now, in the privacy of my home, I have taken four Ibuprofen and have a heated towel wrapped around my hurt neck. Oh the pain… WORTH IT!!! 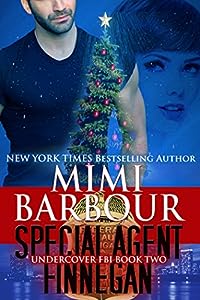 Love for his father makes a man weak – what’ll happen when he gives his heart to a woman?

When Special Agent Finnegan O’Reilly gets shot, and the news brings on his father’s heart attack, he decides to take leave from further undercover assignments. The O’Reilly has suffered enough and Finn can’t be the cause of more distress for this beloved old rascal. Then his boss forces one more case on him – to take place in their own pub. Acting as the target to expose serial, suicide killers rampaging through New York City, Finn must play the part of a wife-beater, a cheating husband and an all-time jerk. No problem, until he meets his make-believe wife.

Renée Knight enjoys her job as a New York City cop. Her disguises have become a permanent fixture in her life, and no one knows what she really looks like. Except for the father she loves fiercely… the man, whose suicide makes no sense. If it means going undercover in an Irish pub where the culprits hang out, she’s their girl. Playing the wife of the bar owner to catch the killers — easy. But they never intend for her to fall for this guy, she does this all on her own. Now she has to hire the assassins to arrange his suicide. Can she catch them, before they complete the mission? 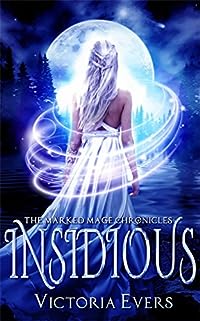 What’s worse than being hunted by a devil?
Discovering you’ve been mated to one.

Since moving to Mystic Harbor, Maine, I’ve made it my life’s mission to avoid Reese Blackburn at all costs. Sure, he has cheekbones that could cut glass, not to mention bedroom eyes that could melt any girl into a puddle on the floor. Too bad that doesn’t change the fact he’s completely stab-worthy. When a fun night out on the town turns deadly, I quickly discover the quaint little hamlet of Mystic Harbor houses more than sandy beaches and adorable B&B’s. Beneath the New England charm rests a deadly world where shifters, demons, vampires, and angelic hunters all vie for power.

Magic that I now possess.

After that one fateful night, I can feel the changes beginning to take hold of me. Worse yet, I have no idea what I’m even turning into! All I know is someone wants me dead, and someone even worse wants me alive. Hell’s mystifying Crown Prince of Lust has just marked me to be his Mate, and this handsome devil won’t stop until he claims what is his. My only real ally rests in the one person I can’t stand: the insufferably gorgeous Reese Blackburn.

I was just your average seventeen-year-old girl. Now, my very soul is at stake. Can my unlikely partnership challenge fate itself before it’s too late, or will I be forever damned as a Princess of Hell? 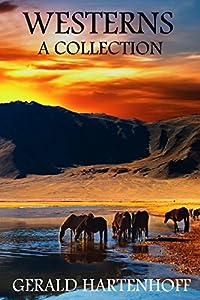 Westerns (A Collection)
by Gerald Hartenhoff

A collection of western stories filled with action, adventure, and romance.

The seven titles included in this collection are:
Rediger:
James Rediger was on his way to visit the grave site of his wife and daughter when he stopped by a river to rest. He met a beautiful widow by the name of Helen Stafford and her daughter, Grace, who were spending the day together fishing.

One thing led to another, and Helen and Grace invited Rediger to their place. He declined the offer. Helen told Rediger how bad the sheriff and deputies were in the town where he was headed, and warned him to use extra caution.

He assured her he would, and that everything would be all right, there would be no trouble. Too bad the sheriff and deputies weren’t in on that decision.
***
Rotten And Ugly:
Carla Johansen was rotten and ugly. At least that’s what her stepmother had been telling her for the last five years. Every. Single. Day.

Well not quite, but it sure seemed like it to Carla. If her father Albert wasn’t around, his wife Linda was certain to slip in a hurtful remark. It took the death of Mr. Johansen to light the stick of dynamite that was about to go off.
***
As You Were:
When William Banning went to stay with his uncle, he was told to stay out of trouble. That’s hard to do when a beautiful woman is in need of help.
***
Bennett:
The only thing Bennett wanted to do was deliver the stallion and get the rest of his money. If it were only that simple.

The man who bought the horse from him is dead, and now he must deal with his beautiful daughter, who has bigger things to worry about besides not having the money to pay him. People are trying to take her ranch away. Lucky for her, Bennett showed up just in time.
***
Michael:
Follow Gary Barten and his dog Michael, as they pursue the brutal men who have kidnapped his daughter.
***
There Will Be No Wedding:
With her marriage to Doyle Stone less than twenty-four hours away, Olive Boyd has to follow her instincts and let him go. After having witnessed his dark side, the last thing Olive wants is to spend the rest of her days with this man, but Doyle isn’t about to let her walk away that easily.

Knowing that leaving him will result in dire consequences, Olive seeks refuge with the one man her mother claims can keep her safe, Zeke Whitmore.

Unfortunately for Olive, Zeke Whitmore is not the vibrant and healthy man her mother remembers him to be. His health is failing fast.

When Doyle’s men track Olive down, Zeke must gather what little strength he has left to protect her, but will it be enough to thwart the determination of a sadistic madman bent on getting Olive back by any means necessary?
***
You Never Owed Me:
Nancy McQuay is days away from giving birth when her husband’s men catch up to her in Yankton, South Dakota. When Carolyn Lind and her mother Anne Adams see the young girl being abducted, they try to help, and are rewarded with brutality. 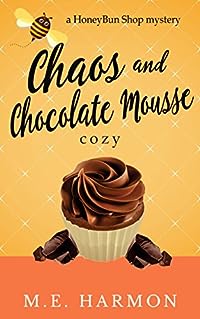 Tricks and lies but which bridesmaid has a good alibi?

Again and again, mysterious things happen, until it becomes clear there’s a devious mind determined to descend the event into complete and utter chaos.

Soon the baker-turned-sleuth is sucked into a sticky bridesmaid beehive of deceit, secrets and lies.

There’s a tangled mess of suspects, and it’s up to Ali to expose the menacing, mischief-maker before the wedding plans completely crumble. 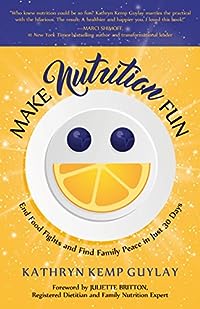 When you read Make Nutrition Fun, you will learn how to:
* Achieve greater energy in life by fueling your body optimally,
* Discover ways to make mealtimes and snack times more fun, and
* Follow a 30-day plan to adopt new healthy habits for improved health and wellness for the whole family.