I must have missed something. I do not understand, and I am finally going to just put it out there is the world and see what wise and wonderful answers come back to free me of my confusion. Why do people shoot videos of themselves in their cars? Is that really the best place they could think of to voice their opinion on important matters or to send us wonderful videos of them singing funny songs? GET OUT OF YOUR CAR! They even wear beautiful costumes and sing original songs, but then film it all from their car. I like my car, but I get out of it once in a while to eat and… I don’t know… LIVE! What ever happened to hanging a bed sheet in the backyard and performing out in the open? Just saying. 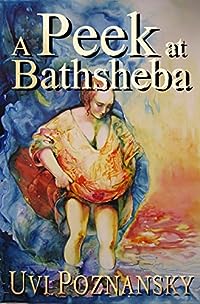 When Bathsheba becomes pregnant, David attempts to cover up the ensuing scandal. He sends her husband, Uriah — who serves him faithfully in his army — to his death. And for the rest of his life, David is tormented by the memory of that moment. Can he muster the strength to keep his promise to her and protect their son from danger? Will their forbidden love undo his entire legacy? Will he find redemption?

This is volume II of the trilogy The David Chronicles, told candidly by the king himself. David uses modern language, indicating that this is no fairytale. Rather, it is a story that is happening here and now. Listen to his voice as he undergoes a profound change, realizing the curse looming over his entire future.

If you like middle eastern historical romance and forbidden love affair, this King David novel has a modern twist like no book you have read before, bringing King David of the bible to life against the background of Israel historical fiction. With vivid descriptions of court intrigue, it paints King David biography in a way that is both classic and timely.

Get the first three books in the Bellingwood series in one volume!

All Roads Leads Home: Polly Giller returns to small-town Iowa from Boston ready to start a new life. She is renovating an old school building and while getting to know new friends, two sets of bones fall out of the ceiling. Don’t miss this heartwarming first story in a series that makes you want to move to Bellingwood and get to know Polly and her friends. Before you know it, you’ll be part of the community.

Polly’s First Christmas in Bellingwood: This first short story in the series occurs a few months after the end of “All Roads Lead Home.” While preparing for Sycamore House’s first big Christmas party, an old friend shows up needing help when he gets in trouble with the sheriff.

A Big Life in a Small Town: Bellingwood’s first barn-raising is coming up and to celebrate, Sycamore House is planning a hoe-down. The idea of a dance makes Polly nervous, but the gorgeous veterinarian is ready to step in and teach her a few moves, much to the chagrin of Henry Sturtz. A close friend of Lydia Merritt left a cryptic message as she died, asking her family to take care of… what? The ‘what’ brings new excitement to Polly’s life.

Treasure Uncovered: Sycamore House is having difficulty finding a good custodian and when the latest man doesn’t show up for work, Polly checks on him, only to find that he has been killed. The Sheriff is beginning to worry every time her number shows up on his phone. Does it mean another dead body? Thefts happening around the community are connected to Polly and her friends, but who would do this? 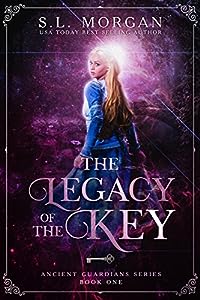 The Legacy of the Key (Book One, Deluxe Edition) (Ancient Guardians 1)
by SL Morgan, Amanda Baker

What if all life existed because of you?

Reece Bryant’s everyday life of being a college med student is torn apart when she meets two mysterious men who whisk her away to a strange new realm. They plead for her to trust them, insisting they are sworn to protect her. She learns of an impossible secret about herself. If she doesn’t go with them, she must face the possibility that a dangerous enemy will discover who she truly is.

As Reece navigates through an enchanting kingdom, she slowly accepts her destiny. With help from the handsome Guardian, who is also the Emperor’s son, she finds herself never wishing to return to her old life.

Reece adapts to this new place against everything she believes is right, but then falls in love with the wrong man, provoking dangerous consequences for all.

All lives are at stake, and all realms are at the brink of destruction. Will Reece selflessly refuse her heart’s desire, or will she fight to save everything? 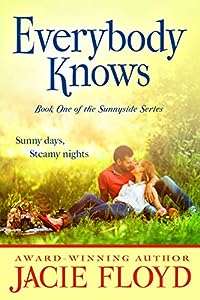 Everybody Knows (The Sunnyside Series Book 1)
by Jacie Floyd

The fast lane is going nowhere… At least that’s how librarian Harper Simmons feels. Despite growing up in her mother’s glitzy world of high fashion and rock stars, Harper craves small-town normalcy and a place to call home. She sets her sights on Sunnyside, IL, determined to renovate and reopen the town library. But the locals aren’t sure what to think of this dynamo in designer clothes.

Growing up in a small town had its ups and downs for Doctor Zach Novak. Despite his gratitude for all the Sunnysiders have done for him, he now feels stifled by the constant scrutiny and inevitable matchmaking. Longing to make a difference in the world, he’s eager to leave the country on a medical aid mission… until he meets the enchanting new librarian.

Past scandals and current vandals leave meddling townspeople suspicious of Zach’s interest in an outsider, but the couple’s overwhelming attraction has them steaming up the nights with a secret affair. Now, he’s not so sure he wants to go; she’s not so sure she wants to stay. How can they have a future together in Sunnyside when everybody knows their dreams are worlds apart? 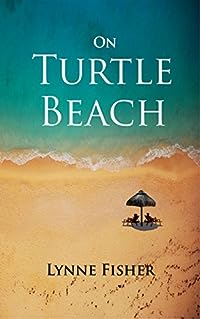 On Turtle Beach
by Lynne Fisher

Struggling artist, Lucy, and her successful sister, Rhea, make the bold decision to go on holiday together to Dalyan in Turkey, to try to heal their relationship and so fulfil their father’s dying wish. But despite their best efforts, the bereaved sisters soon realise that Lucy’s passionate nature and Rhea’s restraint means it’s difficult to find comfortable common ground. Lucy wants to bond, but Rhea would rather read her novel. When Lucy tries to get Rhea to talk about their childhood and why their relationship suddenly deteriorated, Rhea refuses to discuss it and Lucy becomes suspicious Rhea is hiding something.

Against the backdrop of the beautiful turtle beach, tensions soon escalate between them, while other characters help or hinder, and Lucy is finally forced to come up with a plan to get her sister to open up. She plots to get Rhea alone and stranded where there will be no escape. Can Lucy discover what family secrets her sister is hiding, the revealing of which could actually threaten to destroy them both?