While all this dram with little Junebug has been going on, my oldest baby basset has been in Yosemite on a class trip. Can you imagine? Five days with a bunch of fifth and sixth graders in the woods. I am positive a few of them have already moved into the trees tops and are not coming down. I have known these kids for a long time now, and I strongly believe a tracking device would be an excellent and wise idea. Normally I would worry about bears, but in this case I am worrying for the bears. Those bears will certainly learn what a true wild animal looks like. 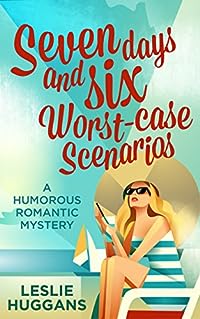 Mix dry wit with a juicy corpse and let it simmer over a red hot romance to serve up a wicked comedy.

Curious, quirky, crisis consultant Victoria Douglas needs a vacation, and to learn to keep her sassy mouth shut. Instead, she’s gunning a stolen SUV up a mountain with beer cans and bug spray as her only weapons in a fight for survival. She and her investigative reporter friend, Julie Tran, have landed in a Caribbean vacation crap-sandwich bursting with murder, narcotics, and one gorgeous piece of man-flesh.

College flame, Alex Marshall, professed his love and disappeared without a trace. Twelve years later he materializes at Victoria’s resort on St. Kitts and he’s got more charm and sex appeal than ever. Tingling lady bits and long-buried feelings aside, Victoria discovers she and Julie are at the center of a criminal conspiracy that stretches across two continents. They’ve got one chance to prove their innocence before competing nefarious factions feed them to the fish… or worse. Victoria has to decide just how far she is willing to go to save her life and mend her heart. 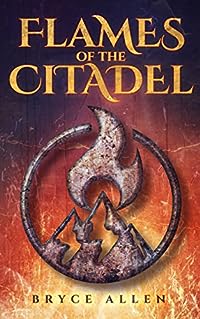 Flames of the Citadel
by Bryce Allen

Plagued by decades of war, the ancient continent of Eron found peace by the arrival of a mysterious people known only as the Enlightened. These powerful, ageless humans ushered in an era of prosperity unlike any before… Until now.

Without warning, a dark force emerges and begins corrupting the powerful beings, driving them insane. The world is plunged into chaos. Even worse, it seems that someone on the inside is to blame. While fleeing the evil’s influence, an Enlightened named Kathios encounters a willful loner, Sahra, desperate for adventure and belonging.

The unlikely allies make their way across Eron, revealing the true extent of the corruption. They have to fight to survive as they unravel the mysterious darkness. 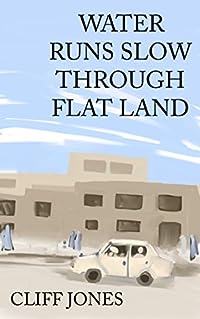 Peter Beckenham – whipsmart, gun-shy, and the News Editor of NPL, the world’s largest internet company – has had enough. When an unfortunate Twitter update costs him his job after fourteen years of deskbound, newswire publishing, he uses it as a chance to pursue what he sees as a less mundane existence.

Despite a burgeoning office relationship and with exactly no experience of war reporting, he sets himself up as a foreign correspondent in Afghanistan, but soon finds his life has taken on more significance than he would have hoped.

In his debut novel Water Runs Slow Through Flat Land, Cliff Jones tells a fast-paced story about love, terrorism, friendship, humanity and deadlines in a comedy drama set in the digital media industry during the war on terror.

Drawing on real-world events over the summer of 2010, what begins as one man’s ambition to make his mark on the world of journalism quickly becomes a struggle for survival in the long shadow of dark forces. 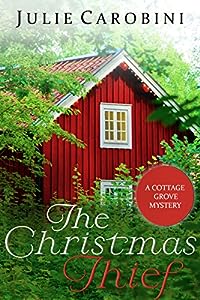 There’s a thief in Cottage Grove, and Tasha’s a suspect. Not exactly the dream she’d had in mind when she moved into her rustic fixer-upper cottage. Marc Shepherd wasn’t part of her plans either. The Stetson-wearing contractor moved in next door, kicking up dust and threatening to cut down a beloved pine that shaded Tasha’s cabin. With Christmas around the bend, and a criminal threatening the community’s peace, will Tasha solve the puzzle… before it’s too late? 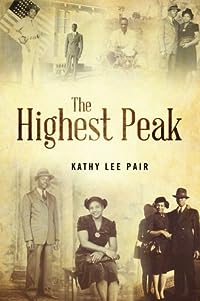 … The Highest Peak is a powerful and captivating memoir of a woman’s determination to push past the obstacles that should have defeated her.
There is no doubt that Virginia truly saw things differently than other people. Her intuition was a relevant factor throughout her life. She was an outspoken and misunderstood person that was eventually out casted by her family. Her dreams and goals were ahead of her time and many people just didn’t understand her desire not to just settle for the norm.
Her journey takes you through the pain, suffering, loss and betrayal she endured throughout her childhood and during her marriages.
She lived by God’s word and survived many trials and tribulations with prayer and her faith in the Lord.
Virginia’s daughter is now telling the story of her mother’s unique life. The result is “The Highest Peak” which has been taken from the actual journal notes Virginia began writing in January 1965.