Fans of Arthurian legends are sure to delight in this wonderful collection by author Kim Headlee. With amazingly well written and engaging characters these captivating stories are sure to have readers shouting for more. Enjoy! 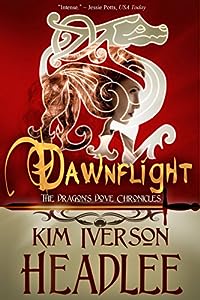 Looking for a fresh take on the historical Arthurian legends featuring a Guinevere you can actually like, for a change? Immerse yourself in the “intense” (USA Today) and “compelling” (The Dallas Morning News) story of the power couple whose courage and conviction would shape the destiny of a nation.

Gyan is a Caledonian chieftainess by birth, a warrior and leader of warriors by training, and she is betrothed to Urien, a son of her clan’s deadliest enemy, by right of Arthur the Pendragon’s conquest of her people. For the sake of peace, Gyan is willing to sacrifice everything… perhaps even her very life, if her foreboding about Urien proves true.

Roman by his father, Brytoni by his mother, and denied hereditary rulership of his mother’s clan because of his mixed blood, Arthur has followed his father’s path to become Dux Britanniarum, the Pendragon: supreme commander of the northern Brytoni army. The Caledonians, Scots, Saxons, and Angles keep him too busy to dwell upon his loneliness… most of the time.

When Gyan and Arthur meet, each recognize within the other their soul’s mate. The treaty has preserved Gyan’s ancient right to marry any man, providing he is a Brytoni nobleman — but Arthur does not qualify. And the ambitious Urien, Arthur’s greatest political rival, shall not be so easily denied. If Gyan and Arthur cannot prevent Urien from plunging the Caledonians and Brytons back into war, their love will be doomed to remain unfulfilled forever.

But there is an even greater threat looming. The Laird of the Scots wants their land and will kill all who stand in his way. Gyan, Arthur, and Urien must unite to defeat this merciless enemy who threatens everyone they hold dear. 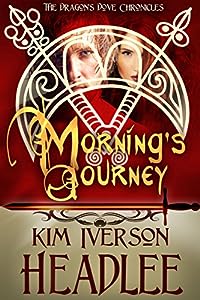 “Magnificent.” ~ Kathleen Foley, author of the Faith in Uniform series

In a violent age when enemies besiege Brydein and alliances shift as swiftly as the wind, stand two remarkable leaders: the Caledonian warrior-queen Gyanhumara and her consort, Arthur the Pendragon. Their fiery love is tempered only by their conviction to forge unity between their disparate peoples. Arthur and Gyan must create an impenetrable front to protect Brydein and Caledonia from land-lusting Saxons and the marauding Angli raiders who may be massing forces in the east, near Arthur’s sister and those he has sworn to protect.

But their biggest threat is an enemy within: Urien, Arthur’s rival and the man Gyan was treaty-bound to marry until she broke that promise for Arthur’s love. When Urien becomes chieftain of his clan, his increase in wealth and power is matched only by the magnitude of his hatred of Arthur and Gyan — and his threat to their infant son.

Morning’s Journey, sequel to the critically acclaimed Dawnflight, propels the reader from the heights of triumph to the depths of despair, through the struggles of some of the most fascinating characters in all of Arthurian literature. Those struggles are exacerbated by the characters’ own flawed choices. Gyan and Arthur must learn that while extending forgiveness to others may be difficult, forgiveness of self is the most excruciating — yet ultimately the most healing — step of the entire journey. 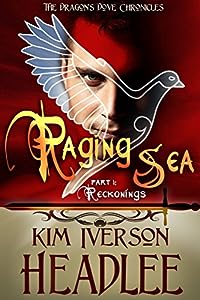 Those who aspire to greatness must first learn servanthood.

Stripped of kin, clan, country, and even his identity for having failed the most important woman in his life and her infant son, Angusel begins the arduous task of rebuilding his life and reclaiming his honor. The path he treads is fraught with uncomfortable revelations, unexpected reconciliations… and unavoidable reckonings. 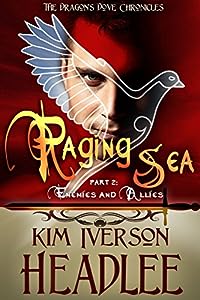 Only the gods may judge a man’s intent.

A pampered prince no longer, Angusel learns harsh lessons in duty, loyalty, self-discipline, and what it means to be a soldier in the legion commanded by Arthur the Pendragon. Angusel’s increasing strength and skills mark him as a breed apart, and his choices begin to win him the respect and even friendship of men he once considered adversaries.

As foreign and domestic enemies set their plans into motion against everyone Angusel holds dear, he will need all his allies — and they will need him — to stand a chance of prevailing in the battles to come. 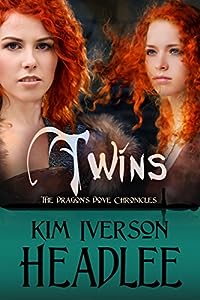 From the award-winning, critically acclaimed pen of Kim Iverson Headlee comes the fall of Camelot as you have never seen it before.

The death of their mother knells the death of any hope for a joyful future for Gyan’s identical twin daughters, Gwenhwyfar and Gwenhwyfach. Their father, Arthur the High King, wastes no time in announcing firstborn Gwenhwyfar’s betrothal to Medraut — the man whom Gwenhwyfach secretly loves. And Gwenhwyfar is in love with Angusel’s son Lannchu.

The twins conspire to defy Fate and trade places. They know how ambitious is their scheme, for Gwenhwyfar is trained in the domestic arts and Gwenhwyfach has chosen the warrior’s path, yet the sisters are confident of success. The wedding and its accompanying night come off without a hitch… for both of them.

Fate, however, shall not be defied.

Incorporating ancient Welsh legends of the “False Guinevere” and “Feasting the Hungry Man,” and featuring many characters introduced in Dawnflight, Morning’s Journey, and Raging Sea, this glimpse into their destiny, thirty years after the setting of those novels, reveals the destruction of Arthur’s realm that’s unique in all of Arthurian literature.