If I was a shark, I would mess with people all day long. I wouldn’t eat them, that’s just rude, but I would certainly make them think twice about swimming an any body of water again. I would tip kayaks, and steal surf boards. Maybe jump over people in little boats. Very little boats because even as a shark I don’t think I would be very athletic. The shark world needs to lighten up a bit. Maybe laugh once in a while. It would be good for their reputation. 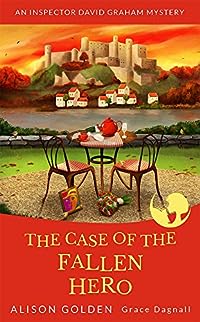 An historic castle. A beautiful wedding. A dead groom.

Former big city cop, Inspector David Graham, is now leading a small group of officers in the tiny coastal village of Gorey. One Sunday morning, as he walks around the imposing Orgueil castle, Graham’s peaceful life comes to a shuddering halt when he finds a woman kneeling beside the body of a stricken man. As the woman’s screams ring out, Graham is there to assist – and to start gathering clues. Was it suicide? An accident? Or something far more nefarious?

Questions lead to trails that send the team digging through the history of not only the affected families, but the castle itself where a quartet of talented musicians have seemingly vanished. Monolithic in size and secrets, Orgueil Castle may reveal answers in the strangest… and deepest ways possible.

With one dead, four missing, and many long-buried family secrets, Inspector David Graham wonders if there is enough tea to see him through it all. 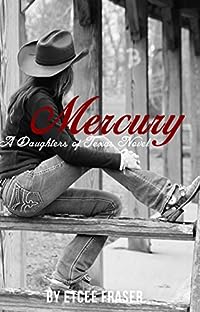 Mercury: A Daughters of Texas Novel
by EtCee Fraser

Texas born and bred Mercury Fordson was through with love. She’d spent years rebuilding her life with her daughter, Remy, after losing her first love to the eight-second thrill of a bull ride.

Jep “Doc” Monroe, the new veterinarian in town, is a handsome charismatic cowboy in the bulls-eye of every single woman in Buckle, Texas, but a chance encounter with Mercury changes everything. Can Doc compete with the memory of a lost love? Can he thaw her frozen heart and make her his?

When Mercury and Doc first come together in an instant sizzling connection on the dance floor at Dixie Crystal Chandelier dancehall, she makes a snap decision that may have surprising consequences for them both.

With the help of her cast of compadres, Tin Lizzy, Aunt Kay, Remy, B’Faye, Ruth and Jericho, and to the soundtrack of the greatest country love songs, Mercury meets the challenge that is Doc with the grace and wit of a true Texas girl. 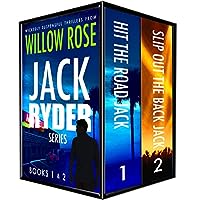 Ben is supposed to be in school. It’s Monday morning but his parents are still asleep after a night of heavy drinking. Ben waits patiently, even though he knows he is missing out on today’s field trip to the zoo. But, when his black Labrador suddenly runs upstairs and comes down with a finger in his mouth, Ben knows he’s not making it to school today at all.

Detective Jack Ryder is chaperoning his kids’ field trip when he gets the call from the head of the Cocoa Beach Police Department. A body has been found and they need his help. Soon, Jack finds himself up against a killer, a predator who ruthlessly chases women and kills them so they can never leave him. The case soon causes serious consequences for him and his family once the truth is revealed.

– SLIP OUT THE BACK JACK:

They take turns with the knife, cutting their thumbs open. A drop of blood lands on the dark wooden table. Eyes meet across the room. All four thumbs are pressed against each other one by one. Blood is shared, secrets buried.

Years later a brutal madman sprays bullets into a crowd at a movie theater in Miami and sends a chill through the entire nation. When human remains are discovered in the dense forest next to a biking trail in Brevard County, it is only the beginning of a series of gruesome murders, which will shock the entire Space Coast.

Detective Jack Ryder is preoccupied with Shannon King and the strange email she has just received that leaves her terrified just as she prepares to go on stage at the Runaway Country Festival. Jack Ryder senses the connection and soon he realizes he is on the hunt for a serial killer with a killing spree that spans over more than a decade. 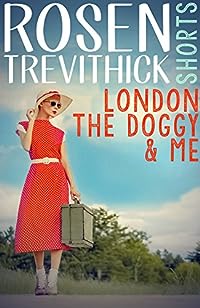 London, the Doggy and Me
by Rosen Trevithick

When a waitress from a Cornish fish restaurant lands an audition for a West End show, she can’t believe her luck. The only catch is that she has to look after a pet dog in exchange for board.

She soon finds herself trying to juggle auditions, the demise of a long-term relationship and a blossoming fling, all whist hiding a sinister secret concealed within her suitcase.

My Name Is Simon is the first book in the I, Dragon series, a set of captivating fantasy novels. If you like fast-moving plots, suspenseful sword and sorcery tales, and dragons galore, then you’ll love Nathan Roden’s fantasy with finesse.

Buy My Name Is Simon to experience the grown-up fairy tale today!