My luck is certainly something special. When I picked out my guinea pigs I was lucky enough to pick the one that had brain trauma and would be a special needs piggie for the rest of his life. So when I picked a new puppy, I of course picked the one that would have a genetic defect that was a ticking time bomb. Poor little Junebug had two holes in her where her intestines were just waiting to slip through, and last Saturday they did. It’s a horrible feeling when the doctor tells you that without the surgery she will die, and the price tag punches you in the stomach. My brain and my heart were in a terrible fight yesterday and I don’t know how long it will be until they make up with each other. Probably on Wednesday when I go to pick little Juenbug, and snuggle her once again. The house is empty without her. Even my old pup Jethro misses her. Sinny has yet to indicate anything, but I am sure he will be happy when she is home again. 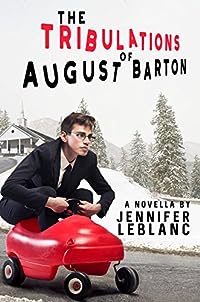 The Tribulations of August Barton
by Jennifer LeBlanc

August Barton could never have mentally prepared himself for his freshman year of college: not only has his anxiety increased, but his parents are divorcing, his new roommate thinks Augie is the biggest nerd in existence, and his grandma, a retired prostitute named Gertie, has taken to running away from her nursing home.

Augie just wants to hole up in his dorm room with his Star Wars collectables and textbooks, but Gertie is not about to let that happen. What ensues is a crazy ride including naked trespassing, befriending and local biker gang, and maybe-just maybe-with Augie defeating his anxiety and actually getting the girl. 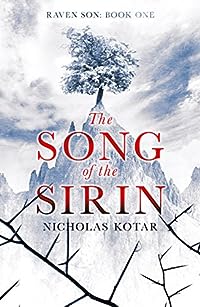 An evil omen clouds the sky. A song of lore returns. Can one man’s quest save the world?
Voran can’t help but believe the rumors. As blight ravages the countryside and darkness covers the sun, the young warrior of Vasyllia hears of an ancient spirit that devours souls. He feels powerless to fight the oncoming devastation until a mythical creature entrusts him with a long-forgotten song. Legend has it that such a song can heal the masses, overthrow kingdoms, and raise humans to divine beings…

Armed with the memory of the song, Voran must hunt down a dark spirit before it achieves its goal of immortality. His quest takes him through doorways to other worlds and puts him on a collision course with seductive nymphs and riddling giants. With each step of the journey, the strength of the villainous spirit grows, as does Voran’s fear that the only way to save his world… is to let it be destroyed.

The Song of the Sirin is an epic fantasy retelling of the Russian fairy tale Prince Ivan and the Grey Wolf. If you like the hero’s journey, creative twists on mythology, and classic fantasy, then you’ll love Nicholas Kotar’s sweeping tale. 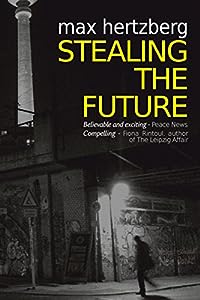 This “compelling” series (Fiona Rintoul) is set in an East Germany that didn’t end in 1990.

By 1993 participatory democracy, citizen’s movements and de-centralization are part of a new political landscape. But the stability of the republic is threatened when a politician’s crushed body is found.
Ex-dissident Martin Grobe turns detective and his investigations point towards the Stasi, the KGB and the West Germans — has he uncovered a putsch against the new GDR, or is it just a conspiracy to murder?

Book 1 of the East Berlin Series 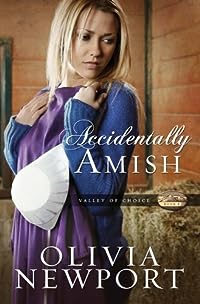 Escape the helter-skelter of the modern culture and join software creator Annie Friesen, hiding at the home of an Amishman. With her high-tech career in jeopardy, Annie runs from fast-paced Colorado Springs — and straight into the hospitality of San Luis Valley’s Amish community. There she meets cabinetmaker Rufus Beiler, and the more time she spends with him, the more attracted she becomes. When Annie finds she shares a common ancestor with Rufus, she feels both cultures colliding within her. But is her love for Rufus strong enough for her to give up the only life she’s ever known?