A Cake I Once Loved

Interesting side effect to baking all these cakes for my family is that I don’t want to eat cake. This is terrible! The one cake I really wanted and could never find, a mocha cake, and now that I made one I don’t want it. I want to want it so bad! Maybe if I eat some broccoli or a salad. Maybe the rule is wait thirty minutes after baking to eat it. Leave the room, come back in, and act surprised to try and trick the brain. If I move it to another room and have a friend put it on a different plate. There must be a way! 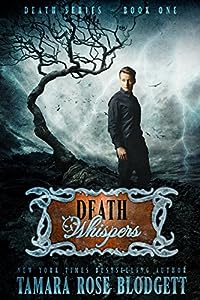 For fans of The Hunger Games and Xmen, who also enjoy original storylines!

Almost fifteen-year-old Caleb Hart is a Cadaver-Manipulator in the year 2025.
When teens receive a government-sanctioned pharmaceutical cocktail during school, paranormal abilities begin manifesting… making the teens more powerful than the adults.

After Caleb discovers he has the rare, Affinity for the Dead, he must do whatever it takes to hide it from a covert government agency whose goal is exploitation.

Caleb seeks refuge in his new girlfriend, Jade, until he realizes that she needs as much protection from her family, as he does from the government.

Suddenly, Caleb finds that hiding his ability while protecting Jade and his friends is a full time job; can he escape the government, protect Jade and lose the enemies who are making him miserable? 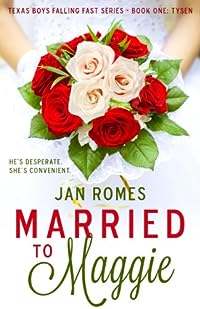 Texas playboy, Ty Vincent, heir to the Vincent Oil fortune needs a short-term wife to convince his grandfather and the Board of Directors that he’s changing his ways so they’ll name him CEO. Ditching an environmental conference in Atlanta to play in Reno, Ty suffers razor-sharp chest pains at the airport. The pains were becoming a common occurrence that started showing up after he lost his father in a fiery crash a year earlier. The woman who comes to his aid not only helps him with what she can only assume is a heart attack but she also fibs to keep airport security and paparazzi from descending on him. She’s brilliant, unemployed and not his type which makes her the perfect choice for a temporary spouse. If he can ignore her extraordinary blue eyes then everything will go according to plan.

Cardiac rehab nurse, Maggie Gray finds herself the victim of hospital downsizing. When T. Loy Vincent, I, a former patient, offers her a million dollars to get his grandson under control, Maggie is pressured by her father to enter into the wife-for-hire scheme. All she has to do is convince Ty Vincent to marry her. When she tracks Ty down at the Reno-Tahoe International Airport to put things in motion, she finds him in the middle of chest issues. The nurse in her takes over and before she knows it she’s eyebrow deep in yet another deal. The second she says yes to both agreements, her life is turned upside down. To top it off, she can’t seem to curb an annoying attraction for Dallas’s most famous womanizer.

Six months. No Sex. No telling each other what to do. It should be a win-win for them both. Will the mayhem of wealth, media attention, meddlesome friends and chemistry so hot it could melt plastic ruin their lives? Or will it be the catalyst for happily-ever-after? 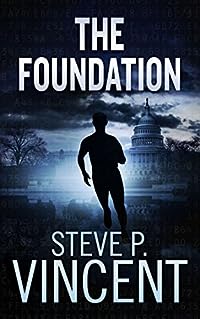 When a corrupt think tank, The Foundation for a New America, enlists a Taiwanese terrorist to bomb a World Trade Organization conference, the US and China are put on the path to war.

Star journalist Jack Emery is pulled into a story far more dangerous than he could have imagined. Because the Foundation’s deputy director, the ruthless Michelle Dominique, recognizes that whoever controls the message controls the world. And she will take control, no matter the price.?

Enter Jack’s boss, Ernest McDowell, owner and chairman of the largest media empire on the planet. In the midst of political upheaval, EMCorp is about to become the final play in the Foundation’s plan. When Dominique traps the EMCorp owner in her web, Jack’s the only one left to expose the conspiracy before it’s too late.?

As the world powers smash each other against the anvil of Taiwan, Jack will risk everything to battle the Foundation and prevent them from taking control amid the devastation of a global war.

You’ll love Steve P. Vincent’s thrillers. Get to know Jack Emery before everyone else does. 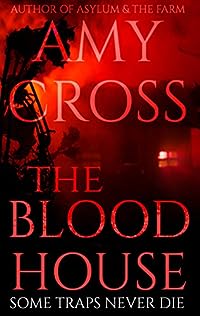 The Blood House
by Amy Cross

Seventy-five years ago, a family of three disappeared from their remote English home. Blood was left smeared all over the floors and walls, but despite an extensive search, their bodies were never found.

Now the house is ready to kill again.

On the run from his creditors, Owen Richards moves his wife and daughter out to the same house. Despite the strange portrait of an old man in the hallway, and the faint ticking sound coming from the walls, he insists that the house offers a perfect chance for them to start afresh.

Before their first night in their new home is over, however, Owen and his family are going to come face-to-face with the diabolical creation of a long-dead old man. Deadly dangers lurk in every room, and the constant ticking sound is just the first hint of a much greater monstrosity. No-one has ever managed to survive the house, or to outsmart its creator. And beneath the house, a horrific mechanism predicts every move the Richards family might make as they desperately try to escape.

The Blood House is a horror novella about three people trapped in a nightmare, and about an old man who was willing to stop at nothing in his quest to be remembered as a great genius. 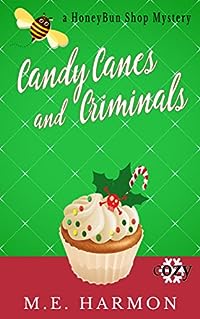 Someone has been very, very, naughty…

The Winter Wonderland Bazaar is in full swing across from baker Ali Daniels’ shop, HoneyBun Sweets and Sandwiches.

But it’s not long before the star of the bazaar, the jolly big red man himself and Ali’s friend,
takes his final sleigh ride.

Ali quickly pieces together someone has taken being a Grinch to an entirely new and lethal level.

Determined not to let anyone get away with a deadly deed, Ali works to unveil who’s been nice and who has been very, very, naughty.

This novelette is a fun story for readers who love culinary cozy mysteries and an amateur woman sleuth.