The Sei Assassin Thriller series by Ty Hutchinson starts out fast, keeps moving, and never let’s up. Sei is a former assassin, drawn back into the life by a mysterious client who promises her something she can’t refuse. But who is it, and can she trust what he says? The answer to the second question is no. She is soon betrayed and running for her life, leaving a trail of bodies in her wake. Find out for yourself why readers just can’t get enough of this series. Enjoy! 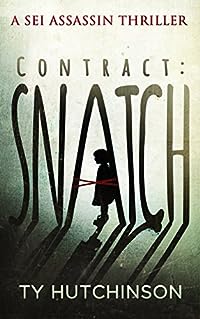 Living a secluded life in Belgium, Sei has no thoughts of returning to her former life as an assassin until a mysterious person confronts her with a contract she can’t possibly turn down. Payment isn’t monetary; instead, it’s information leading to the whereabouts of a little girl.

In a matter of seconds, Sei is pulled back into a world she left behind. She accepts the contract to chase the truth about her daughter, but what appears to be a routine mission turns into a fight for survival. If Sei is to have any hope of reuniting with her child, she must first save herself. 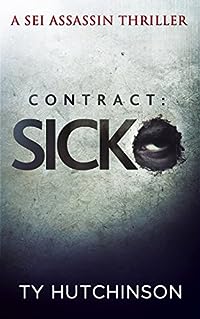 Sei has infiltrated impenetrable buildings, eliminated formidable opponents, and executed high-profile targets but the only mission that matters — finding her daughter — continues to elude her.

A tip leads her to a Tunisian immigrant living in Paris who may have information on the man she believes has kidnapped her daughter: the Black Wolf. While questioning the source, Sei learns about another individual involved in the abduction of her daughter — a man so vile, so foul in every way, that the mere thought of him turns Sei’s stomach. Has her daughter fallen victim to him?

To make matters worse, Sei comes to the realization she must do the unthinkable when she finds this sicko. She must befriend him. 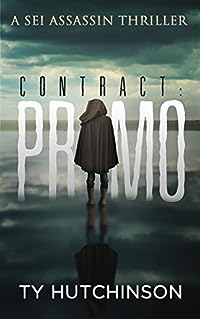 Having lived her entire life in seclusion, Mui is eager to explore the outside world. Compounding her solitude are the Black Wolf’s efforts to keep her hidden from Sei. But his luck may be running out.

Sei realizes there is still one person alive who can help her locate her daughter. It won’t be an easy mission — this person has no reason to tell her what he knows. In fact, he’s behind the borders of a country that wants to see her dead. 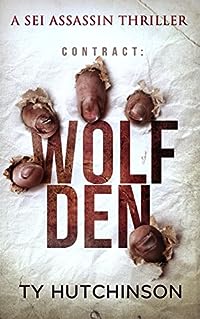 After their chance encounter in Diyarbakir, Sei believes she is closer than ever to finally rescuing her daughter from the Wolf’s grasp. For good.

With the help of her friend Kostas, Sei sets out to attack the Wolf in a surprise move that puts a very public spotlight on the feared assassin. Not to be out smarted, the Wolf uses Mui’s loyalty to him to turn her against Sei. When Sei realizes she might win the battle at the expense of losing her daughter, she does the unthinkable. She puts all of her trust in the hands of one man — a killer employed by the Wolf.

With both sides plotting to stay on the offensive, a contingency arises that neither side has thought to plan for — what will Mui’s next move be?