With my chores done and projects completed, today I plan on playing a bit. My awesome mother in law bought me a chocolate melter so I can make cute chocolates with my molds and spiffy looking monsters out of Oreos and Ho Ho’s. This year I did not volunteer to help with either of my baby basset’s school Halloween parties, so that opened me up to a whole world of free time. I actually plan to make a few fun treats, but I don’t have to, so the pressure is off. I’m not obligated to anything, so for some reason it seems more like fun and less like work. 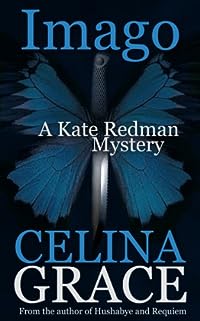 “They don’t fear me, quite the opposite. It makes it twice as fun… I know the next time will be soon, I’ve learnt to recognise the signs. I think I even know who it will be. She’s oblivious of course, just as she should be. All the time, I watch and wait and she has no idea, none at all. And why would she? I’m disguised as myself, the very best disguise there is.”

A known prostitute is found stabbed to death in a shabby corner of Abbeyford. Detective Sergeant Kate Redman and her partner Detective Sergeant Olbeck take on the case, expecting to have it wrapped up in a matter of days. Kate finds herself distracted by her growing attraction to her boss, Detective Chief Inspector Anderton – until another woman’s body is found, with the same knife wounds. And then another one after that, in a matter of days.

Forced to confront the horrifying realisation that a serial killer may be preying on the vulnerable women of Abbeyford, Kate, Olbeck and the team find themselves in a race against time to unmask a terrifying murderer, who just might be hiding in plain sight… 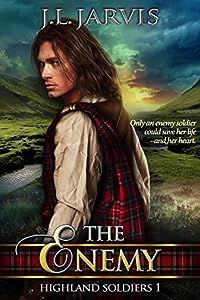 Only an enemy soldier could save her life–and her heart.

Highland soldier Callum MacDonell battled lowland Covenanters at the service of the King. Now charged with hunting an assassin, his journey would lead not to justice, but to a murderer’s passionate Covenanter sister, Mari McEwan.

Betrayed and abandoned by the man she loved, Mari faced judgment by a tribunal of her people demanding she name the father of her unborn child, or be exiled from everything she knows. 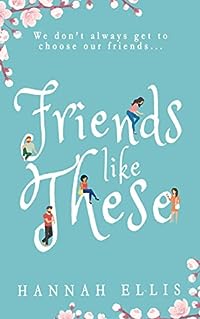 When newly single Marie decides to shake up her social life, she has no idea what she is letting herself in for. With her sights set on the flamboyant Sebastian and his sophisticated group, Marie is sure that things are about to change for the better.
But when a chance encounter brings some unlikely characters into her life, things start to veer off course. Marie would never normally be seen with this bunch of misfits but to her annoyance they just keep turning up.
As lives quickly become entwined and unusual friendships form, Marie realises that we don’t always get to choose our friends; sometimes they choose us.
Buoyed by her newfound friendships, Marie might even take another chance at love. 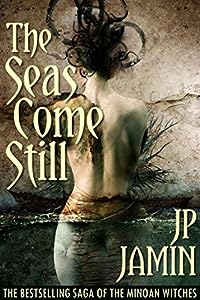 A young slave on a Bronze-Age raiding ship fights to survive the Santorini eruption, and to understand the heart of Hibya, his beautiful Minoan rescuer. Amid the turbulence of the Revolutionary era, wounded English naval officer Sebastian “Selkie” Singer flees justice, desperately trying to explain the reasons in letters to the baby girl left behind.

What mysterious thread binds their stories?

An epic historical novel of mystic discovery. Woven across three thousand years, from the fall of Minoan Atlantis to the dawn of the Age of Reason, The Seas Come Still invites you into the hearts of a closely-guarded sisterhood, separated by millennia, but linked by a code of love and service older than faith itself. The ignorant call them witches, mermaids, or worse, as they struggle to protect secrets older than history, and a lifestyle pressed nearly to extinction.

A vivid and passionate imagination of the catastrophe that brought down the kingdoms of the Bronze Age, the chaos that gave birth to religions, and the astounding secrets of Minoan navigation and science. From the palaces of Canaan to the windswept coasts of western Ireland; ancient Turkey to the mountainous Basque region of Spain, The Seas Come Still takes you on an unstoppable journey across culture and language, conflict and healing, fact and fable. 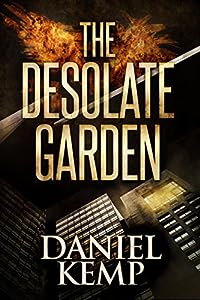 The Desolate Garden
by Daniel Kemp

After Lord Harry Paterson is summoned to London following his father’s murder, he discovers an age-old secret and must ascend into his family’s true inheritance.

Digging deeper, he finds out that his late father, Lord Elliot Paterson, had discovered a hidden ledger dated all the way back to 1936… and a vast quantity of money erased from the accounts. Mysterious initials and an address in Leningrad – a major port in former Stalin’s Soviet Union – are his only clues.

Together with the attractive Judith Meadows, Lord Harry must unravel the mysterious death of Lord Elliot – and figure out the mystery hidden in the age-old files of the Royal Government Bank.