I am going to start the day off right this morning and have a cupcake for breakfast. Cupcakes are just fancy muffins, so they are a perfectly acceptable breakfast. Filled with eggs and other nutritious stuff. I can’t even think of any other good for you ingredients they might contain, but my brain isn’t working. and I really don’t need much convincing this morning. I used all my brain power last night trying to remember three security questions so I can access my music online. I set up those security questions ten years ago and I was a different person back then. Who knows what I wrote. I never did figure it out, but my hubby swooped in and saved the day when he found me in the kitchen shoving chocolate chips down my throat and screaming. Yes, I have the ability to eat and scream at the same time. My skills are amazing. 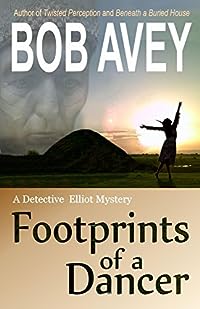 Footprints of a Dancer – Book 3
by Bob Avey

Most of us come into this world with an inborn need for religion, a higher power to believe in. However, when fear and misunderstanding are the driving forces behind that desire, the result is rarely a good thing. Eight years ago, Laura Bradford mysteriously disappeared off campus, causing quite a disturbance in the lives of Kenny Elliot and Gerald Reynolds, a journalism student with a fascination for Mesoamerican artifacts. When Gerald calls unexpectedly to tell Elliot he’s recently seen Laura then sets up a meeting only to be a no-show, Elliot tracks him down to get some answers. Instead he finds his old friend murdered in a ritualistic fashion. Elliot takes a leave of absence from his job as a Tulsa police detective and launches an unofficial investigation, which leads him into the world of an Aztec deity with an appetite for blood. 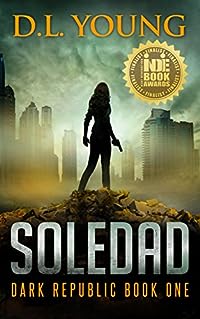 A broken-world future you won’t forget. A gripping story you won’t be able to put down. Winner of the 2017 Independent Press Award.

Soledad Paz is a slave, sold to a ruthless rebel leader by marauders who raided her home and murdered her parents. With her remarkable ability to see through any deception, she’s become an invaluable–and unwilling–secret weapon in the war to control the Republic.

When a ghost from her former life unexpectedly appears, everything she thought she knew about her past shatters into oblivion and she resolves to find the truth… by any means necessary.

But in the dark republic, the truth is never simple… and it’s never what you expect. 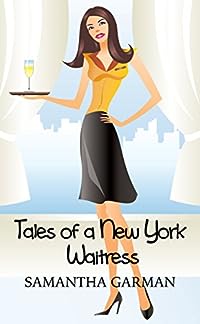 Tales of a New York Waitress
by Samantha Garman

For fans of Bridget Jones and Stephanie Plum! A laugh-out-loud comedy!

Somehow, I wound up working as a waitress at an Italian restaurant. I have no idea what I’m doing. And I’m not just talkin’ about life.

This should be interesting.

**This award does not exist. 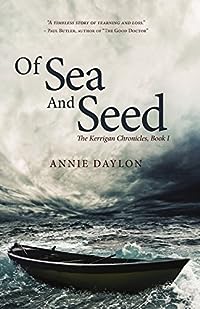 Of Sea and Seed: The Kerrigan Chronicles, Book I
by Annie Daylon

Set on the rugged island of Newfoundland, OF SEA AND SEED takes the reader on a tragic journey through the 1920s as one family strives to hold onto life in the face of secrets, betrayal, and tsunami. Chronicling this journey is the family matriarch, Kathleen Kerrigan, who is condemned to an afterlife of atonement for the depth of her crimes in life. But what possible mortal sin could cause heaven to banish this loving mother, grandmother, and storyteller?

A poetic, literary masterpiece, this first book of The Kerrigan Chronicles illuminates the depths of the human heart as it follows three generations suffering from toxic family secrets, shocking betrayals, and the harsh everyday reality that accompanies a life entangled with the sea. This suspenseful account of life in early twentieth century Newfoundland is as stunningly lovely as it is devastatingly heartbreaking.

OF SEA AND SEED is a gripping family saga — an unforgettable must read.