This Friday the biggest fundraiser for my baby basset’s school takes place and I am in charge of it. I am responsible for the school walk-a-thon that will help fund all the extra programs the kids enjoy such as art, outdoor education, and music. I will find out if all the hard work that I have put into planning this event over the last four months will pay off for the kids. I am oddly not stressed out about it in the least, which is confusing me. I have been thinking pretty darn hard about what I need to do and if I am missing anything. Nope, everything is on schedule. No last minute freaking out, or crisis happening. Hmmph. It just doesn’t seem natural. I really don’t know what to do. 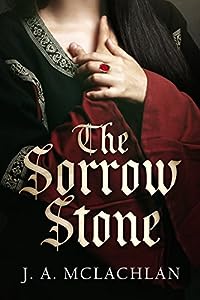 The Sorrow Stone
by J. A. McLachlan

Would you pay someone to bear your sorrow?
During the middle ages, a peasant’s superstition held that a mother mourning the death of her child could “sell her sorrow” by selling a nail from her child’s coffin to a traveling peddler.

Lady Celeste is overwhelmed with grief when her infant son dies. Desperate to find relief, she escapes the convent where her husband has sent her to recover and begs a passing peddler to buy her sorrow. Jean, the cynical peddler she meets, is nobody’s fool; he does not believe in superstitions and insists Celeste include the valuable ruby ring on her finger along with the nail in return for his coin. Jean and Celeste both find themselves changed greatly by their secret transaction, but all their attempts to reverse the effects of their fateful choice fail.

When Celeste learns that without her wedding ring her husband may set her aside, she determines to retrieve it — without reclaiming her sorrow. But how will she find the peddler and convince him to give up the precious ruby ring?

If you like realistic historical fiction with evocative prose, compelling characters and a unique story, you’ll love this incredible journey into medieval France in the 12th Century. 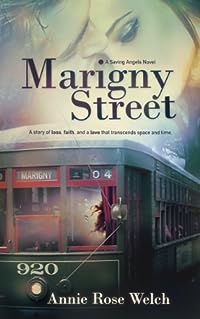 Do you believe in the power of dreams?

Way down south on Marigny Street in the heart of New Orleans, the land of Catholic intercessions, purgatory, and supernatural superstitions, young Evangeline Chenier dreams of a radiant boy who saves her from a storm. She takes the dream seriously – in her family, dreams are sometimes more than dreams. Sometimes they foretell the future. Sometimes they create it.

Years later, Eva is no longer the same wistful girl but a hardened woman who no longer believes in dreams. Losing faith in her gift, she becomes lost in a nightmare of emotion, mourning her son, separating from her husband, and stewing in a dead-end job. And then fate brings her an unlikely surprise: one of the most famous movie stars in the world, Gabriel Roberts.

Caught by something in his eyes, Eva agrees to show him the real Big Easy on his last night in New Orleans — an evening that turns into four dreamy days spent recapturing lost faith and discovering a love neither expected. Realizing Gabriel is the boy from her childhood dream, Eva must leave everything behind — her husband, her family, her history, and the beautiful city she calls home — and gamble it all for the dream that has saved her on MARIGNY STREET. 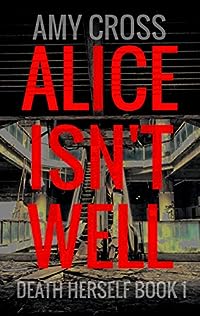 “There are lots of demons in the sky above London. The problem is, this one came crashing down to earth.”

Ten years ago, Alice Warner was attacked and disfigured by an attacker in her own home. She remembers nothing of the attack, and she has been in a psychiatric hospital ever since. When she’s finally released, however, she starts working as a security guard at an abandoned shopping mall. And that’s when she starts to realize that something is haunting her, keeping just one step out of sight at all times…
Meanwhile, seventy years earlier, a little girl named Wendy is left orphaned after a World War 2 fighter plane crashes onto her house. Taken to a monastery, Wendy is quickly singled out by the nuns for special attention. They say she has been possessed by a demon, and that there’s only one way to save her soul. Fortunately for Wendy, however, there’s someone else who seems to know far more about the situation.

What is the shocking connection between Alice and Wendy, reaching out across the years? Does a demon really lurk in the girl’s soul? And who is Hannah, the mysterious figure who tries to help Wendy, and who seventy years later begins to make her influence felt in Alice’s life too?

Alice Isn’t Well is the first book in the Death Herself series, about a dark figure who arrives in the night, promising to help deal with the forces of evil whenever they appear. 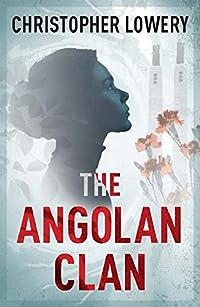 1974/5: After the Revolution of the Carnations, Portugal is transformed into a communist state. Capitalists are ruthlessly persecuted and the liberated Portuguese colony of Angola is thrust into one of the bloodiest civil wars in history. The fabled Angolan diamond mines are closed down, but not before a group of refugees escape with a hoard of the precious gems. Their lives promise wealth and success, but a legacy of revenge and greed will eventually find them all, with fatal consequences.. 2008: A millionaire businessman drowns in the swimming pool of his mansion in Marbella; a wealthy Frenchman is killed while skiing in the Swiss Alps; and a Portuguese playboy and a prostitute are found murdered together in a seedy New York apartment. The series of seemingly unconnected deaths sets two women Jenny Bishop, a young English widow, and Angolan born Leticia da Costa on a terrifying journey into the past to revisit the Portuguese revolution and the Angolan civil war. Together they begin to unlock a 30 year old mystery that promises to change their lives forever if they survive to reveal the truth. THE ANGOLAN CLAN takes the reader on a heart-stopping roller coaster ride, from past to present and back again. It is a deadly intercontinental treasure hunt laced with secrets, deceit and murder. The prize is a fortune in Angolan diamonds..or death at the hands of a pathological killer. 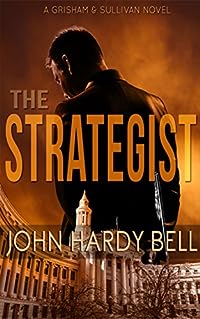 Camille Grisham was once a decorated field agent with the FBI’s Behavioral Analysis Unit. Her job was to solve the country’s most complex and violent crimes, often with little more than a textbook profile of the perpetrator to go on. No one did it better. But after her partner’s death at the hands of serial killer Daniel Sykes, she has lost faith in everything she once was.

Forced to leave the Bureau under the weight of guilt, Camille returns to her childhood home, hopeful that the presence of family and friends can heal the wounds that time could not. Unfortunately, a change in scenery does not bring about a change in fortune. Less than twenty-four hours after her arrival, Camille is left to deal with yet another tragic loss – the brutal murder of her best friend in an apparent home invasion. For local police, the case is open and shut; for Camille, it is anything but.

Desperate for answers, she becomes an unwitting participant in an investigation that winds through the darkest corridors of wealth, power, and political corruption. All the while, a killer waits patiently in the shadows, watching Camille’s every move.

With the help of a young homicide detective whose doubts about her partner’s motives increase by the second, Camille races to uncover the true motives behind her friend’s murder, even though doing so will put her on an inevitable collision course with a past that she desperately wants to leave behind.