I am actually having a very heated argument with my kitty Sinny right now. He keeps trying to sit on my lap, and I keep telling him no, I am trying to work. He just keeps meowing at me. He knows darn well I can’t work with him on my lap. I know he knows this because this is the same argument we have every morning. Why does he think a different day will have a different outcome? All these people talk about crazy cat people and how weird they are. It’s not the people! It’s the cats that make them crazy. 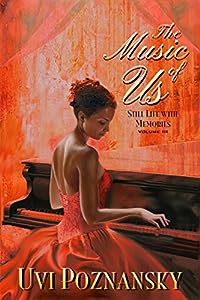 The Music of Us: WWII love story (Still Life with Memories Book 3)
by Uvi Poznansky

In 1970, Lenny can no longer deny that his wife is undergoing a profound change. Despite her relatively young age, her mind succumbs to forgetfulness. Now, he goes as far back as the moment he met Natasha during WWII, when he was a wounded warrior and she — a star, brilliant yet illusive. Natasha was a riddle to him then, and to this day, with all the changes she has gone through, she still is.

“Digging into the past, mining its moments, trying to piece them together this way and that, dusting off each memory of Natasha, of how we were, the highs and lows of the music of us, to find out where the problem may have started?”

To their son, Ben, that may seem like an exercise in futility. For Lenny, it is a necessary process of discovery, one that is as tormenting as it is delightful. He often wonders: can we ever understand, truly understand each other — soldier and musician, man and woman, one heart and another? Will we ever again dance together to the same beat? Is there a point where we may still touch?

This is a WWII romance going back and forth between England to the US, touching upon the plight of war brides. It is a wounded warrior romance, which can be read as a standalone novel as well as part of one of family sagas best sellers. Still Life with Memories is a family saga series tinged with family saga romance, fraught with marital issues, and wrapped with a second chance at love. 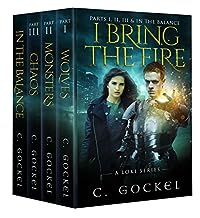 I Bring the Fire Parts I, II, III, & In the Balance (A Loki Series)
by C. Gockel

Sometimes the hero is the wrong guy at the right time.

When Amy Lewis prays for a savior, Loki Norse God of Mischief and Chaos isn’t who she has in mind. Loki can’t resist Amy’s summons, but he can insist she help him outwit Odin, ruler of the Nine Realms. Can Amy trust a so-called God of Mischief? With a powerful evil calling him from beneath the city’s streets, can Loki even trust himself?

This box set contains the first three installments of I Bring the Fire plus In the Balance. It is perfect for fans of The Dresden Files, American Gods, and Terry Pratchett.

Wolves: I Bring the Fire Part I
In the middle of America, Amy Lewis is on her way to her grandma’s house. She’s being chased by a very bad wolf. Galaxies away Loki is waking up in a prison cell, strangely without a hangover, and with no idea what he’s done wrong — this time anyway. But he does know Thor is hiding something, Odin is up to something wicked, and there seems to be something he’s forgotten…
In this urban fantasy tale a nice midwestern girl and a jaded, mischievous Loki must join forces to outwit gods, elves, magic sniffing cats, and nosy neighbors. If Loki can remember exactly what he’s forgotten and Amy can convince him not to be too distracted by Earthly gadgets, Earthly pleasures, or three day benders, they just might pull it off…
***

Monsters: I Bring the Fire Part II
After being attacked by a serial killer, saved by Loki — so-called God of Mischief, Lies and Chaos — dragged to Alfheim, losing every cent in her bank account, and caring for her grandmother, Amy Lewis has lost her scholarship to veterinary school. But it’s alright. She has a plan. If she manages to keep her day job as a receptionist, and her night job as a vet tech, she may be able to get her scholarship reinstated and save enough money for the dreaded ‘miscellaneous fees.’

Too bad her day boss is unbearable…

Agent Steve Rogers has political aspirations, but when a suitcase nuke turns out to be something much worse and so-called Norse gods start showing up in his life, he has a priority shift.

Meanwhile, Loki’s priorities and plans haven’t changed at all. He wants Asgard to burn. Of course, earthly pleasures can be so distracting.

These three disparate characters have little in common, but they’ll have to join forces to save earth from trolls, wyrms, frost giant invasions, and an old evil growing beneath Chicago’s streets.

Chaos: I Bring the Fire Part III
In this final installment of the Cera story arc, the noose around Loki’s neck is tightening. Gerðr, the frost giantess, wants him dead; Cera, the World Seed, wants his head — literally and figuratively; the FBI wants him in Guantanamo; and an old friend from Asgard wants to bring him home… whether Loki likes it or not.

Things can’t get any worse, but when Loki’s involved, it’s certain they will. In the third chapter of I Bring the Fire, humanity’s demons are unleashed on the Nine Realms and Amy Lewis and Steve Rogers get front row seats.

In the Balance: An I Bring the Fire Novella
Chaos can never really be destroyed…

Loki, God of Chaos, gave Amy Lewis all his memories, and one request before he saved the universe. “Remember for me.”

Amy knows Loki will find her, one way or another… eventually. But as the weeks have ticked by she’s lost hope.

Called into the FBI headquarters to identify a magical artifact, she gets the opportunity to find Loki for herself. In doing so, she tips the scales of not one, but two universes, and has to choose for herself what form she wants Chaos to take.

The fate of the Nine Realms is in the balance, and this time it is in Amy’s hands.

Discover the urban fantasy series of mythic proportions that readers are calling hilarious and profound. Download this box set today. 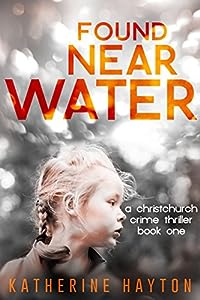 Her most terrifying fear is now a shocking reality.

Rena Sutherland wakes from a coma into a horrifying nightmare. Following a car accident, Rena’s vulnerable young daughter Chloe has disappeared but no one cares, no one’s noticed. NO ONE HAS BEEN SEARCHING.

When victim support officer Christine Emmett takes on Rena as a client, she must guide her through the confusion and destructive despair of Chloe’s disappearance. As anxiety and evidence mount, fears for the girl’s safety grow larger with each tick of the clock.

While accusing fingers point at a frustrated ex-husband and a psychic’s arrival throws Rena into a panic of devastating hope, a murderous pedophile roams free in the community. Amid the mounting confusion, Christine must expose the truth if she is to save Chloe from a remorseless fate. 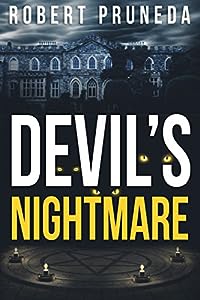 Detective Aaron Sanders is up against a murderous demonic force in this suspenseful blend of mystery and horror. Nothing could have prepared the seasoned detective for the mutilated remains of an eleven-year-old boy’s parents or the equally vicious deaths of three more victims at a nearby cemetery. As Aaron works to solve the homicide cases and protect his only witness, Cody Sumner, he realizes a disturbing connection between the orphaned child and all five victims. Cody’s testimony is beyond belief, but when Aaron comes face to face with the perpetrator, he’s left questioning everything he’s ever believed. True evil often hides in plain sight.

Devil’s Nightmare is an occult suspense horror novel by Robert Pruneda, who shakes readers with his visually graphic scenes, supernatural twists, and disturbing settings in this first installment of the Devil’s Nightmare series. 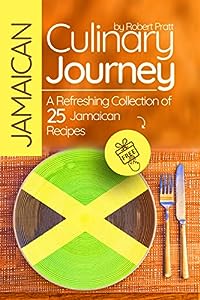 Jamaican cooking traditions are as incredible as the sunny island’s native people. Each recipe embraces various spices and flavors to give you the perfectly balanced dishes.
In this book, I am proud to present you the popular and authentic Jamaican meals including fruit fritters, habanero sauce, fish curry, seafood salad, Caribbean soup, rice dishes, grilled jerk chicken, fried snappers, jerk kebabs, pineapple colada, and much more.
You will find that even though the recipes are easy to prepare, the taste of the dishes is quite amazing. Are you ready to join the adventure of simple Jamaican cooking? Bring home a world of tropical flavors with authentic Jamaican dishes. Get ready to feel the jazz of preparing Jamaican recipes at home.