Wet Toes Are Not My Thing

Today was Junebug’s first encounter with rain and wet backyards to do her business in. I can’t say she liked it. She stopped dead in her tracks when the first drop of water hit her head and her paws met the wet ground. I urged her on and reluctantly she went. I could just imagine what was going through her mind. She was planning tricks to never have to touch wet earth again. People warned me little dogs don’t like doing their business in the rain, and since she hasn’t even mastered potty training I will say I am a bit worried. I think I will be shopping for popup tents on the clearance rack for the backyard today 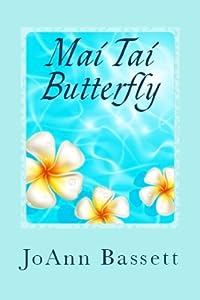 Dutiful wife Nola Stevens slices open the afternoon mail and rips apart her secure, but tedious, life in Seattle. Twenty-three years ago, she moved from her father’s house to her husband’s house, never pausing to get to know the woman in the mirror. Now her marriage is over. Her ex-husband has moved on, leaving Nola parked on her friend Malia’s sofa bed until further notice. Malia is summoned home to Maui for her father’s seventy-fifth birthday luau and she persuades Nola to come along. Hawaii astounds her — non-stop sunshine, aloha spirit, and a brawny sculptor who challenges her see it all, do it all, and love it all. Cracking free of her self-imposed cocoon, Nola finds “living aloha” the best path to starting over. 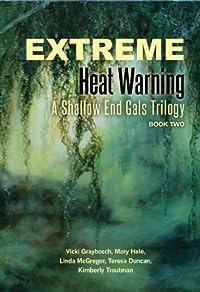 This trilogy is a must read for fans of serial killers, espionage, vigilante murder and fast paced action!

FBI Special Agents Roger Dance and Paul Casey are forced to reopen the worst case of their careers. The muderous trail leads Roger’s team to New Orleans and deep into the hot, sticky swamps of Louisiana, and Mambo’s hut on Honey Island. Roger and Paul unearth danger and deception in the seedy shipyards of the port, the underbelly of the city, and the heart of the French Quarter. As forces align against them, Roger crafts an extraordinary trap that reveals extreme threats and will require extreme force.

Read “Alcohol Was Not Involved” Book One of the New Orleans Series, first book of this trilogy. 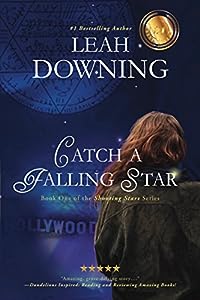 In Book One of The Shooting Stars Series, Catch a Falling Star, bestselling author Leah Downing introduces Lauren St. Germain, a Federal Investigator accused of assisting the Taliban in a homeland terrorist attack targeting her husband.
Scandal, mystery, and one of Hollywood’s leading men refuse to let her fade from the public’s eye. Her relationship status? It’s complicated… and that’s not even the half of it! 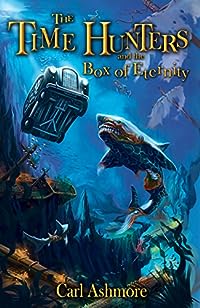 If you enjoy Harry Potter, Percy Jackson and Artemis Fowl you’ll love the ‘Time Hunters’ series, a thrilling adventure saga for children of all ages.

Becky and Joe Mellor return to Bowen Hall for the half term holidays to find things are as unusual as ever. Of course, that’s to be expected when you’re sharing a stately home with a dinosaur, a winged horse, two sabre-tooth tigers, Will Scarlet and Bowen Hall’s latest resident – a dodo named Deirdre. Things, however, get more intriguing when American time traveller, Bruce Westbrook, arrives with two gold doubloons that seem to possess strange, supernatural powers.

So begins a thrilling adventure that leads Becky, Joe, Uncle Percy and Will to 1920s Chicago, Victorian Edinburgh and the 18th Century Caribbean – battling gangsters, pirates, sea-monsters and zombie sharks on a quest for the legendary Pandora’s Box…
The clock is still ticking…