The holiday season has begun. After last Friday’s school walk-a-thon, (that I planned and now I am almost done with) we jumped in the car, and took the family camping for the weekend. The place we went to put on a full Halloween Extravaganza the entire weekend, and we had a blast. So many contests to enter; from root beer chugging, to costume, to pumpkin carving. Saturday night all the campers got to go trick or treating. Me being the scardy cat that I am, went through the haunted house with the little kids, while the lights were on and the actors were not inside. Still gave me the creeps though. I was very happy the kids were there to make me feel safer. All in all it was a fun weekend and a great way to celebrate a successful walk-a-thon. The baby bassets made me promise I would never plan another one for the school for the rest of their lives. I agreed. 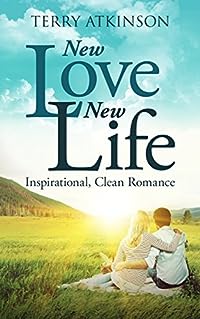 Love, Romance and hope for new love in the future are all contained in this book about our dreams of romance and love in life. Get your cup of tea, make yourself cozy and comfortable and read your copy of “New Love, New Life”.

She sat nervously, awaiting John’s arrival. All too soon, that familiar gangly figure appeared on the path close by. She watched him ambling up the gentle hill towards where she was sitting and again had to resist the urge to burst into tears. She had thought she was over this, but these emotions were still raw and ready to erupt. He sat down quietly next to her. “Hello Linda,” he said softly. After heartbreak can there ever be new love and new life? Can love grow again like the fresh green leaves on the tree that was considered dead – as dead as the love of a broken heart? 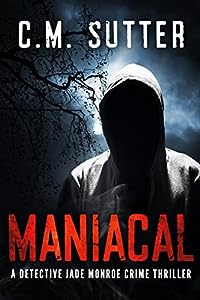 A page-turning debut in the fashion of James Patterson’s Women’s Murder Club series, Maniacal is a police procedural thriller fueled by the drive of Detective Jade Monroe to apprehend the bad guy and bring him to justice — no matter what the cost.

Dime reached into his pocket and felt the cold steel. He thumbed the release on the switchblade as he pulled it out. He reached from behind and, with a hand on Morris’s forehead and a quick, silent swipe, it was over. Dime breathed a deep sigh and shrugged. “Sorry, man, it wasn’t personal. I just needed the practice — it’s been a while. You’re a means to an end, I guess one would say.”

The newly promoted Sergeant Jade Monroe, and her partner, Detective Jack Steele, have just been informed of an unidentified male body found at a local lake. The town is in an uproar. The victim was nearly decapitated, and murder simply doesn’t happen in North Bend.

As more bodies turn up, the single connection between all of the victims becomes clear — it’s Jade, herself.
With each new victim getting one step closer to Jade, time begins to tick away. She must find the person responsible before her loved ones, or herself, are targeted next.

Note: All Jade Monroe books are standalone stories but since characters carry over, they are best read in chronological order. 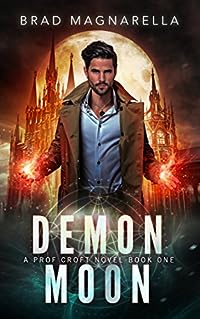 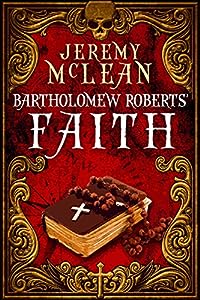 What makes a man a sinner?

What makes a man a saint?

Where does good stop and evil begin?

John Roberts considers himself a Christian, a religious man of God, but when his faith is shaken he begins to question the biblical rules he stood for his whole life.

Roberts’ life on a slave ship is filled with hard labour, low wages, and no chance for advancement. When Roberts becomes friends with a slave named Bartholomew, he couldn’t know it would start a chain of events leading him on his first sea adventure.

In an age of pirates who are slaves to no man, Roberts finds himself torn between a world of just and righteous men, and the evil sinners around every corner.

Will the religious Roberts become a sinner or stay a saint during his biblical test of faith? See where Roberts’ trials take him in his short stories full of action, adventure, pirates, and privateers set during the Golden Age of Piracy. 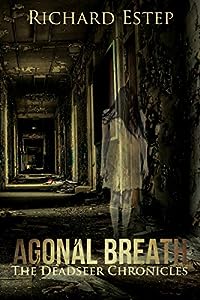 High up in the lonely Rocky Mountains of Colorado stands the crumbling ruin of Long Brook Sanatorium. The last living patient may have left decades ago, but the restless ghosts of those who died there have remained behind, trapped between worlds in this remote and forgotten place.
Fourteen year-old Danny Chill is a Deadseer. Gifted – some would say cursed – with the ability to see into those planes of existence which lie just beyond our own and communicate with their inhabitants, Danny is reluctantly drawn to the long-abandoned sanatorium. As night falls and the spirits of the dead prowl the haunted rooms and corridors once more, Danny and his friends find themselves in a race against time to uncover the truth.
Who is the demented surgeon that once experimented upon thousands of helpless patients in the operating room? What binds their tormented souls to this place, never to find eternal peace? And just what nameless horrors lurk in the darkness of the basement? In his quest to find answers and lift the curse of Long Brook once and for all, the Deadseer will clash with a malevolent supernatural force that is prepared to fight to the death… and beyond.