The baby bassets and I attempted a little bit of crafting yesterday, and it came out a hot mess. A month ago I had bought a Halloween stenciling kit to make little jar lanterns, and I was sooo excited to use it. Of course the idea I had in my head of what the experience would be like was nothing like it actually happened. I set us up outside (first mistake. HELLOOOO smoke everywhere!) with the jars, paint, and stencils, and was ready for the baby bassets to create masterpieces. First it was a fight to get them out of their rooms. They would much rather discuss in detail the power and abilities of their Pokemon then create pieces of art for me to cherish. When I finally did get them to the table they told me that painting the inside of the jar was too hard, and with puppy dog eyes begged me to do it for them. Fine.. I will paint the inside, but you do the rest. They agreed they would do the rest of the work. So after I painted the inside of the jars, picked out the stencil, cut it out, and taped it up, they were ready to paint. Two seconds of painting later they were done. Ya.. why bother right? The worst part in all of this is after I waited for it to dry like the instructions said, the paint came off with the stencil. ALL OF IT!!! Sad thing is, you know I am going to try it again. 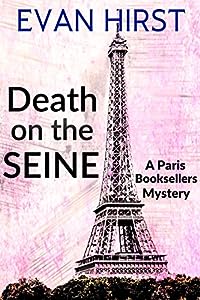 It was a beautiful spring day in Paris. What could possibly go wrong?

For Ava Sext, a transplanted Londoner who sells books from an outdoor stand that overlooks the Seine River, her day goes from bad to worse when the tall handsome stranger whose appearance her horoscope predicted disappears after he is almost killed before her eyes and that’s before she discovers that he supposedly died weeks earlier!

With the help of her fellow bookseller, Henri DeAth, a former notary in a country where notaries are a powerful caste who not only know where the bodies are buried but probably helped bury them, Ava attempts to find her not-so-dead man before he turns up dead for real while trying to remain alive.

Death on the Seine is a cozy mystery set in Paris, a city where food, wine and crime make life worth living… along with a few books and Mercury, the cat. 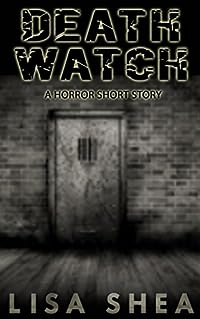 Verne’s Momma had one rule which could never be broken. He could not reveal to any outsider what went on within their house. Verne knew, without a shadow of a doubt, that to violate that rule was to bring unholy tortures down onto his head.

And so not a word passed his lips. Not during the twenty-five years he lived in the dank basement, curled up on the thin mattress.

Not during the ten long years of his prison sentence.

Death Watch delves into the depths of horror which exist in our society. Despite our modern world’s veneer of civilization, there are far too many who fall through the cracks. Who are abandoned to a darker world.

A portion of all proceeds from this series benefit battered women’s shelters. 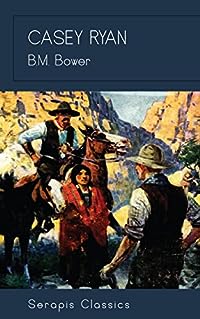 From Denver to Spokane, from El Paso to Fort Benton, men talk of Casey Ryan and smile when they speak his name. Old men with the flat tone of coming senility in their voices will suck at their pipes and cackle reminiscently while they tell you of Casey’s tumultuous youth – when he drove the six fastest horses in Colorado on the stage out from Cripple Creek, and whooped past would-be holdups with a grin of derision on his face and bullets whining after him and passengers praying disjointed prayers and clinging white-knuckled to the seats. They say that once a flat, lanky man climbed bareheaded out at the stage station below the mountain and met Casey coming springily off the box with whip and six reins in his hand…

Mom’s Day Out
by Dhruv Anand

What happens if your mother bunks the home for a day?

You know, just like we did in our college — disappearing from class and showing up at a free ground or a party place.
Ever thought that what a mother would wish to do if she gets a free day!?

Let’s get on the journey of ‘Mom’s Day Out’ in which three mothers decide to skip a day from their responsibilities, just to know that what they would want to do.

You will see a form in the beginning of the book. Do fill it before starting off with the journey to know that which character your mother is closest to and how her wishes are going to change her life. 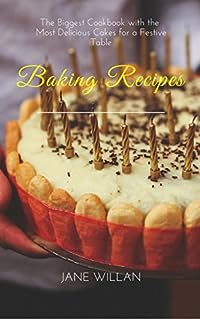 Baking Recipes: The Biggest Cookbook with the Most Delicious Cakes for a Festive Table
by Jane Willan

Baking Recipes: The Biggest Cookbook with the Most Delicious Cakes for a Festive Table

Today only, get this Kindle book.
Read on your PC, Mac, smartphone, tablet or Kindle device.

Desserts are loved not only by children, but also by adults. Thanks to this book you can enjoy not only tasty, but also useful desserts – without preservatives and artificial dyes. After all, what can be purchased at the store is often of questionable quality – unlike masterpieces that you can cook yourself thanks to the culinary recipes from this book.