Right now I am NOT the favorite human to my pups. I gave Jethro and Junebug each a bath and the looks I am getting from them is awful. Junebug is looking at me like I had just taken her favorite toy away and burned it right in from of her. The hurt and pain I see in her eyes is breaking my heart. Jethro just looks defeated. I am sure he is going to write a tell all about me which will hit number one on the NY Times Bestseller list. The both were stinky. What was I supposed to do?? 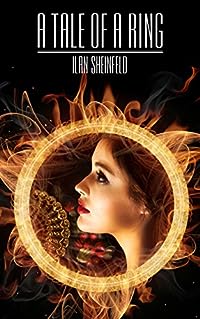 A Tale of a Ring: A Historical Women’s Fiction Novel
by Ilan Sheinfeld

The extraordinary story behind the international pimping network that deceitfully recruited Jewish women to prostitution.

Esperansa Gantz is a Jewish prostitute living in Buenos Aires. Like her mother and grandmother before her, she shares a dark secret involving a magical ring that passes in the family, from mother to daughter.

??? History and fantasy blend with passion, magic and vice in a rich and compelling tale that will grab you attention from the very first page.

A Tale of A Ring is a fascinating page-turner based on the real historical events wich took place in Argentina and East-Europe between the years 1870-1930. An organization of Jewish pimps by the name of Tzvi Migdal persuaded Jewish families in Poland and Lithuania to entrust it with their daughters, promising to marry them to Jewish husbands or find them domestic work in Jewish homes in Buenos Aires. These girls fell victim to a sophisticated underground network that enslaved them for the rest of their lives, with the support and collaboration of the local police and the government.

The Jewish community fought with all their might against these pimp and their supporting partners, which were called “Las Impuros” – The Unclean. The same caused the affair to be silenced and repressed from the collective memory of the Jewish community. Now, for the first time, the historical truth is revealed, in a well-researched and fascinating novel that became an Israeli best seller, selling over 80,000 copies since its publication in 2007.

A Tale of A Ring is the third novel by the prolific poet, playwright and novelist Ilan Sheinfeld, twice the winner of the Israeli Prime Minister’s Prize for Literature (1990, 2015) and a highly appreciated writer, activist and editor. 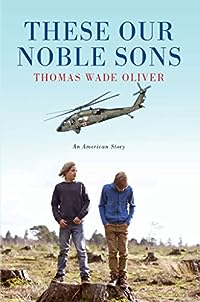 These Our Noble Sons: An American Story
by Thomas Oliver

These Our Noble Sons, a novel about childhood friendships and selfless sacrifice, features two of Oliver’s most memorable characters; delicate and reserved Robert Debruijn, who dreams of one day becoming a physician like his father; and Patrick Bennett, a popular and outspoken all-American teenage athlete.
Within the historic confines of Fort Leavenworth, Kansas, Robert and Patrick form an unbreakable bond during their quest to graduate from high school together and eventually get Robert into medical school. But when Robert fails to grow out of his shyness and begins to struggle with his studies, Patrick learns a family secret that brings the boys’ paths to a startling crossroads.
Compulsively readable and often fearless in its honesty, These Our Noble Sons is another remarkable example of Oliver’s truly masterful and compassionate storytelling. 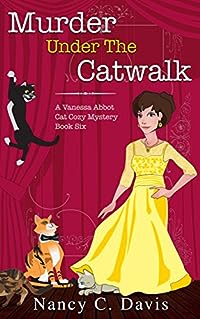 There’s a new play opening at the Caspar Crossing Theater, and Vanessa Abbot and Detective Pete Wheeler are in attendance as guests of the director. No one in the theater is prepared, however, when the director himself crashes through the set wall and falls down dead in front of everybody with a sword sticking out of his back. Pete and Vanessa unravel a tangled web of lies and deceit to discover a dramatic cast of suspects, all with motives to murder. Can Vanessa and her cats solve the murder before the killer gets away? 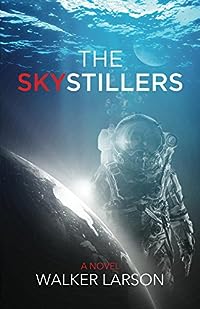 The Skystillers: A Scientific Thriller
by Walker Larson

Sometimes the world isn’t ready for the truth…
Will Leonhardt, a solitary ex-Airforce pilot and combat veteran, receives a mysterious letter and a prepaid plane ticket summoning him to an obscure observatory in Hawaii. So begins a journey that will lead him to a shadowy group of rogue scientists known as the Terra Program. Desperate for a distraction from his own past and future, Will agrees to pilot the program’s flight to the moon. The groundbreaking scientific experiment he and the other astronauts will perform there could change humanity’s understanding of itself and the planet forever, but first they must undergo months of intense training at the program’s secret facility.

As Will gets to know the program’s personnel — from the arthritic, chess-playing astronomer, Doctor Whitfield, to the beautiful young botanist, Sage Galloway — he begins reluctantly to experience what he has never known before: friendship… and even love. But as launch day draws near, it becomes increasingly clear that all is not as it seems and a hidden enemy threatens the mission and the lives of everyone involved. Now, Will must utilize all his training and stoic courage to save the lives of the people he has come to care for and uncover the secret at the heart of the Terra Program… and at the heart of the universe itself.

The Skystillers is a literary thriller that combines elements of realistic science fiction with action, mystery, and philosophical inquiry. A compelling story of danger, intrigue, and conspiracy, the novel also explores the implications of what we believe about ourselves and our place in the universe and how scientific questions can impact human life. 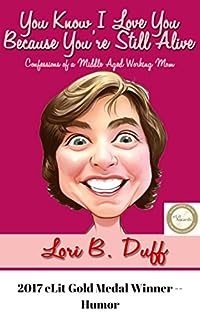 You Know I Love You Because You’re Still Alive: Confessions of a Middle Aged Working Mom
by Lori B. Duff

Lori B. Duff follows up her bestselling books “Mismatched Shoes and Upside Down Pizza” and “The Armadillo, the Pickaxe, and the Laundry Basket” with this 2017 eLit Gold Medal winner and Readers Favorite Bronze Medal winner for humor. This hilarious collection of essays will make you laugh out loud and nod with recognition.

Here’s what people are saying:

“Lori Duff fully admits to having a high tolerance for shenanigans and an inability to feel shame while making a fool of herself. Those traits combine to make a hilarious, and sometimes tender, book full of stories about a modern mother and her ever-challenging life… Lori’s quick wit and charm will definitely win you over.” – Keith Stewart, author of Bernadette Peters Hates Me

“Take a peek inside Lori Duff’s hectic but happy life and realize you’re not alone in trying to balance work, family, marriage and home. With hilarious anecdotes and brutal honesty, she finishes her legal work while making chicken soup and leaves to chaperone a student trip to the Hotel of Doom. Laughing with Lori could become a welcome habit.” – Elaine Ambrose, author of Midlife Cabernet and Midlife Happy Hour 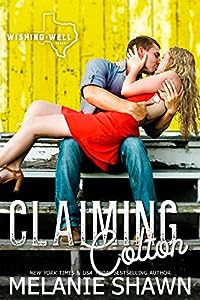 Stand-alone Wishing Well, Texas romance, complete with HEA — and plenty of heat and heart along the way!

Colton McCord was just a regular cowboy before the world made him famous after several stints on reality TV. And even though he turned on his charm for prime time, his real heart belonged to the one he let go because he loved her…

Bella Connor thought she’d never return to Wishing Well. Although it was her home, she could never forget how he broke her heart while at the same time changed her life forever…

The gorgeous blonde is back to settle her late grandfather’s affairs. The sexy all-American boy is ready to shoot his final reality dating show. Life kept them apart and now it was bringing them back together. Will Colton finally be able to tell her the truth and never let her go? Will Bella be able to let go of the past for a chance at a future they both deserve?