A Zoo For You

In two days I have to go into hibernation. Sort of. I just refuse to leave the house the day before through the day after Thanksgiving. The day before Thanksgiving the traffic around town is miserable. All the parking lots are full and the two main roads get so filled with traffic, it takes forever to get anywhere. After Thanksgiving the Black Friday Deals bring out the crazies. I want no part of that. Although, my local shelter is having their own special Black Friday deal. All adoptions are free. I don’t want to adopt anyone, but my two favorite words are Free and fuzzy critters. I am one critter away from a petting zoo. I could charge people to visit my home. 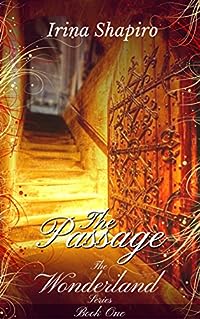 The Passage (The Wonderland Series: Book 1)
by Irina Shapiro

In the spring of 1685, Lord Hugo Everly, ardent supporter of the Protestant upstart the Duke of Monmouth, vanishes without a trace just before the Monmouth Rebellion, leaving future generations forever baffled as to what might have become of him.

In 2013, while visiting Everly Manor as part of her job as a location scout for a film production company, Neve Ashley stumbles onto a secret passage that leads her into the seventeenth century and straight into the path of the ill-fated lord. Neve is able to return safely to her own time, but she can’t forget the man she met or the fate that’s about to befall him. Against her better judgment, Neve decides to go back and warn Hugo of impending danger, not realizing that she’s walking into danger herself, for history is never straightforward, and people’s motives not always what they appear to be. Taken hostage by the very man she was trying to save, Neve is trapped in the seventeenth century, her fate now intertwined with that of her captor, and the future something that neither one of them could have envisioned. 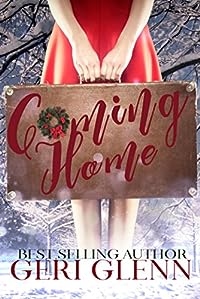 Go. Don’t ever come back.

Ten years ago, Sophie left home with those words ringing in her ear. She was seventeen and madly in love with a boy her father disapproved of. She still is.

Now they’re back, ready to make amends, but sometimes pride gets in the way of forgiveness. 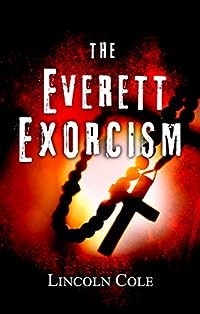 The Everett Exorcism (World of Shadows Book 1)
by Lincoln Cole

Something strange is happening in the city of Everett, Washington and Father Niccolo Paladina is tasked with investigating possible demonic activity. Nothing is as it seems, however, and things quickly begin spiraling out of his control.

When his path crosses with that of an old rival, they discover that things are worse in Everett than either of them could ever have imagined. Arthur is an Occult Hunter struggling to find some semblance of control in his life after his family was murdered. He’s finding it difficult to move forward and seeks to punish the person who betrayed him.

They discover in Everett, however, that some stones are best left unturned. As Niccolo’s world collapses around him, he will be left with one terrible question: what is my faith worth 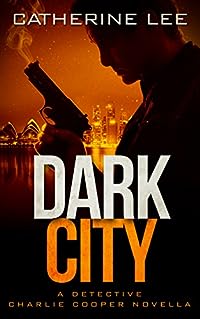 Families, greed, corruption, murder. How well do you know the people you love?

Charlie Cooper has been a homicide detective for nearly a decade. He’s about to head off for a well-earned break with his young family, but a call from his partner about a missing woman soon puts paid to that. With the vicious Adultery Killer due to strike at any time, all missing women get top priority from Homicide.

Cooper and his partner, Stocky, soon find themselves knee-deep in a baffling crime where everyone close to the victim has something to hide. As they criss-cross the city of Sydney, Cooper and Stocky put their own lives on the line to save another innocent victim from an especially evil villain.

Dark City is the prequel novella to the Dark Series, but it also works well as a stand-alone story.

Pick up Dark City today and see why readers are returning to this series again and again. 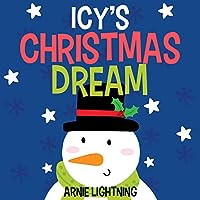 This is the story of a friendly snowman named Icy who had a Christmas dream of his very own. Not so long ago, on a cold December day, Icy stood in the forest, wishing on stars in the sky. “More than anything, I want a pet penguin,” he whispered.

While his friends laughed at him, Icy believed Santa would make his wish come true…

This is a read-aloud kid’s book with big and bright pictures. The target audience age is for toddlers, preschool, and younger children.

• Excellent as a bedtime story

A beautiful Christmas picture book – Perfect for reading aloud with friends and family!

Arnie Lightning is a best-selling children’s book author with a straightforward goal. He wants his work to create a positive impact in the lives of others through children’s books. Learning morals, lessons, and good character can start at a young age. Arnie’s books reflect this. By providing a comfortable and entertaining environment, learning can be a fun activity!