The Dance Of The Turkey

I can’t say that my baby bassets love the way I wake them up in the morning. Since I have a already been up for a few hours the coffee has kicked in full force and my brain is ready for action. I always start by jumping on their beds and smothering them with kisses. The next part I play by ear. Sometimes I sing Over The Rainbow in a very high pitched voice, sometimes I am a goblin looking for little boys to eat. I have been known to sing Kenny Roger’s, The Gambler, from time to time. If they are being super stubborn about getting up, I bring out the fairy dust, aka squirt bottle. It’s a really nice squirt bottle that can be adjusted to do a fine mist, so they don’t get really wet, but the cool refreshing mist gets the point across. Today is a special day because it’s fake Friday. Tomorrow they start the long Thanksgiving weekend. I am trying to think of something special to start the day. Maybe I will be a unicorn and run around on their bed screaming the turkeys are coming. Yaaa…. that sounds niiiice. 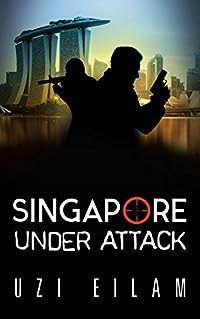 Singapore Under Attack: An Incredibly Gripping Thriller That Will Keep You on Your Toes (International Espionage Book 1)
by Uzi Eilam

Dr. Gideon Ben Ari, a brilliant specialist in advanced technology, is called upon by the Israeli Mossad to combat a highly sophisticated, malevolent cyber attack planned by the Iranians in Singapore to target the Israeli and American embassies and then a multifocal chain of worldwide terror. The novel provides a rare peek into the Iranian decision-making process, replete with fascinating, volatile internal power struggles.

Can Gideon arm his global task force with the keys to diffuse the malicious attacks?

Gideon must come up with futuristic technological solutions, developed in real time, to be put into effect immediately by an international task force. His rich combat experience as an Israeli Army commander also comes into play. The highest ranks in Singapore, including strong, influential women in the fields of economy and government, give Gideon their full support in this tale of love, lust, the whims of the human spirit, and the war of good against evil.

She’s a sexy gamer in danger. He’s a bodyguard with a secret.
Ex-Army Texas boy Owen Harding fears only one thing — his inner beast. A year in Agent Smith’s experimental cages has changed his wolf into something monstrous. But a hate group is hunting the Wilding pack, so Owen’s serving again, this time as bodyguard. If only the girl he’s protecting wasn’t so damn sexy… and completely off limits.

WILD GAME is a complete novel with HEA, the first in the Wilding Pack Wolves series. All stories are standalone, but for maximum reader enjoyment, start with the River Pack Wolves trilogy.

Contains scorching hot shifters, alpha military heroes, and sexy female gamers. Only readers over 18 should dive into the dangerously hot world of the Wilding Pack Wolves. 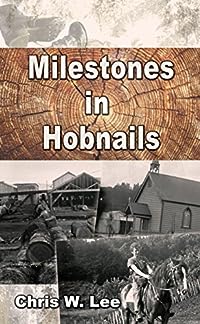 My name is Vernon Parker. Life has become populated by milestones of significant scale since I passed my sixteenth birthday in 1921. The Parkers settled four hundred acres of King Country forest in 1913. I pit saw trees and deliver wagon loads of timber to the railway yards. I milk cows and hunt deer and bush pigs. There are five older brothers to fight, thousand-year-old trees to fell, acres of ancient forest to burn, and miles of fences to stretch. Best of all is an interesting girl who I visit. Iris lives at the end of a thirty-mile horse ride, but she smiles sunshine at me so the journey is agreeable. It’s all worth a scratch of a pencil to write down. 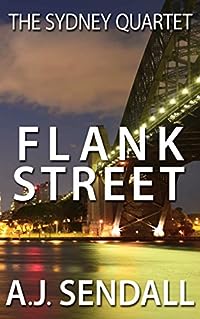 A woman with a lust for money and danger…
A man with a hunger for risk and adrenaline…
Can they con the Sydney underworld and get away with murder?
Or will they both end up dumped in a dark alley?
No one can be believed. No one can be trusted.
Welcome to King’s Cross…

When Micky DeWitt sails into Sydney, Australia, his only assets are a run down yacht, his wits, and the skills he’s picked up as a dedicated career criminal.
Shiftless, cynical and dishonest, even with himself, Micky takes a job as a barman in Sydney’s seedy red light district of Kings Cross. He’s a chameleon, seeing himself as both master criminal and chilled-out world sailor. He wants a life on Easy Street, is driven by the desire to ‘get away with it,’ and addicted to the adrenaline rush that comes with that life.

Carol Todd is turned on by money and risk-taking. For Carol, there’s no such thing as “enough”. Being an escort to a few wealthy clients is just a means to an end. A couple of underworld connections help, too. But what she needs for her latest con is a fall guy — someone she can use and lose once she’s done with him. And Micky DeWitt looks like the perfect man to fall into her sultry, seductive honey trap.

Playing to Micky’s twisted sense of chivalry, Carol leads him into a hedonistic free-fall. As Micky’s life spins out of control it doesn’t take long to graduate from burglary to arson, then accessory to murder. And no matter which way he moves, someone’s going to get hurt… or die. 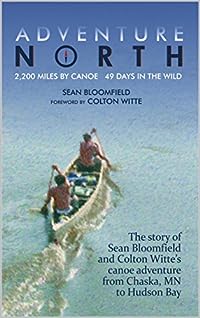 After accelerating their studies and graduating high school early, two teenagers set off from their hometown in Minnesota to embark on a 2200-mile canoe journey up the heart of North America. Their destination: the permafrost shores of Hudson Bay. Inspired by a passion for the simple life, where gadgets and schedules are replaced by nature and its harsh beauty, the duo found something that many believe is lost: a true adventure.

Follow the pair up the flooding Minnesota River and through the prairie plains of North Dakota, across man-sized waves on Lake Winnipeg, and down the foaming rapids of the Canadian north. The triumphs and trials of the unforgiving wild challenged their friendship, dreams, and lives in a way that even they could have never predicted. For those who have dreamt of wilderness escape, or those who prefer to simply read about it, Adventure North will spur the imaginative spirit and remind you that adventure is always just around the next bend.