To really spiffy up the new to us treadmill, hubby connected an old TV we have had in the garage collecting dust. It only gets one channel, PBS. I can’t complain about PBS. I actually like it,but its not one to exercise to. I just can’t get motivated by PBS. It makes me want to nap. I can’t nap on the treadmill. It’s too hard. I did discover the treadmill folds up, so I have a glimmer of hope I can still get my car in the garage. I will keep you informed of my progress. I have added an extra box onto it just to be a little poophead. 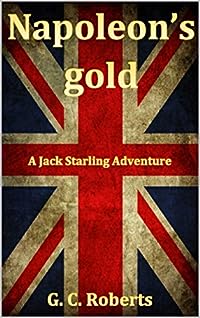 Disgraced SAS soldier Jack Starling is on a quest to avenge the death of his brother, a government agent at the heart of the British Establishment. With his own life on the line, Jack becomes embroiled in the quest for a two-hundred year old hidden treasure, battling to survive in a race against deadly foes. As the frantic struggle for power and revenge spills from London to France, Jack and his friends uncover the genuine secrets behind some of Europe’s best-known historical landmarks. Will Jack be able to solve the mystery and uncover the secret of Napoleon’s Gold, or will he face torture and death at the hands of the Continent’s most ruthless villain?

This exhilarating debut novel is a lightening-paced, intelligent thriller that will not disappoint! 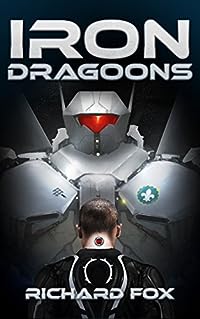 Winner of the 2017 Dragon Award for Best Military Science Fiction or Fantasy novel!

Soldiers of the Terran Armor Corps wage war across the stars. Wired into mechanized battle suits, they fight the terrifying battles which must be won, no matter the cost. Their deeds are legend, their reputation feared by the enemies of Earth and her allies, but how the Corps forges young men and women into mighty warriors is shrouded by mystery.

Roland Shaw lost his parents to war, he volunteers for the Armor Corps to honor their memory and discover just how far he can push himself. To succeed, he must find the iron in his heart and prove himself worthy to the Corps. For the Armor, there is no substitute for victory and to fail is to die.

Iron Dragoons is an action-packed military sci-fi novel, the first of a new series by the author of The Ember War Saga. 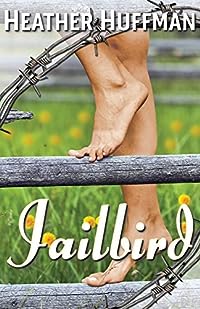 Of all the things Neena Allen dreamed of being when she grew up, an escaped convict on the run wasn’t at the top of the list. A little bit of bad luck and a whole lot of injustice might have landed her in her current predicament, but Neena wasn’t the kind of person to let others determine her course.

Presumed dead, she stumbles into a sleepy Arkansas town where she finds refuge with a kind family and glimpses the chance for a real home, a place to belong. But leading a double life isn’t easy, especially when you fall in love with the town lawyer. To complicate matters further, a tenacious reporter gets too close to the truth and Neena finds herself on the run again. With a manhunt underway and her newfound happiness at risk, Neena is forced to face the painful memories of her past and decide her future.

Should she fight for her new life or leave behind those she loves to keep them safe? Jailbird is a surprisingly warm and humorous tale about the power of hope. 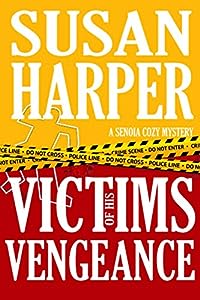 Felicity has become a celebrated amateur sleuth in addition to being Senoia’s premier party planner. When the criminals she has put behind bars start dying, she must again solve a perplexing case. Can she catch another killer or will she be the final victim?

Victims of his Vengeance is part of the Senoia Cozy Mystery series. If you like fast paced mysteries with interesting characters and unexpected twists, you’re going to love the latest installment. 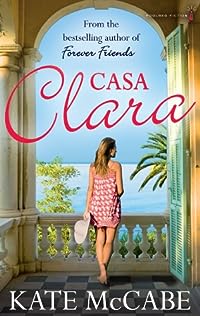 Emma Frazer packs up her job in Dublin and flees to Fuengirola in southern Spain, where she finds refuge in a beautiful little hotel right on the beach – Casa Clara. Here she can escape the mounting pressure from her domineering elder sister Trish who is pushing her into a marriage she herself has grave doubts about.

Emma quickly falls in love with the hotel – her little room overlooking the courtyard with its vivid flowers and soothing fountain, the cast of quirky guests, warm staff and flamboyant owner. When the post of receptionist falls vacant she seizes the bull by the horns and, with little Spanish and no experience, cajoles her way into the job. She soon discovers a talent for management and Casa Clara flourishes in her care.

When Fate brings the man of her dreams to the door, the future looks perfect.

But her scheming sister is still busy tracking her down and eventually Emma must face forces that threaten to destroy the idyllic life she has built for herself.