I just about screamed with joy this morning. My morning didn’t start out too great with me waking up at 4am coughing like a like a dying goat wearing bunny slippers and falling from a short cliff and hitting a few bits of shrubbery on the way down that aren’t strong enough to stop the fall, but substantial enough to leave a good welt. So you can now picture the hot mess I was when I woke up. It was clear I wasn’t going back to sleep, so I made myself a cup of coffee and settled back into bed to watch whatever horrible infomercials they play at 4am on a Saturday. Just to torture myself I checked the Hallmark Channel preparing myself for the disappointment of not finding a good holiday movie. OH MY GOLLY!!!! A HALLMARK ORIGINAL CHRISTMAS MOVIE IS PLAYING!!!!! MY life was back on track. Angels are singing. Love is in the air. 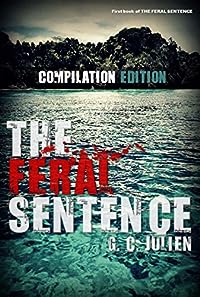 Women convicted of murder are being sentenced to the wild.

The year is 2087 and the federal government is no longer sending murderers to prison. Instead, convicted felons are being stripped of their belongings and dropped into the waters of Kormace Island — the Island of Killers — to fend for themselves.

Lydia Brone, an eighteen-year-old girl who is convicted of murder for having accidentally killed her mother’s abusive boyfriend, finds herself being transported by helicopter to this mysterious island. She knows that her sentence will be difficult, but what awaits her is far more terrifying than anything she could have ever imagined.

This book is the compilation edition of The Feral Sentence serial and contains all four episodic parts / novellas found in Book 1. 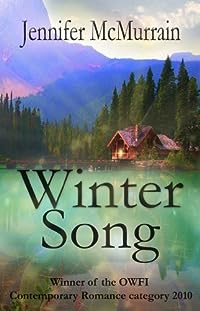 Sage McKennan never expected she’d have to go at it alone. Cooper Davis had always been by her side as they worked to fulfill their dream of owning a bed and breakfast named, Winter Song. One cold Wyoming night, Sage is brought to her knees by the news of Cooper’s death. She has never felt so alone. Little does she know Cooper hasn’t gone anywhere. His spirit is determined to stay with Sage, so she’s never alone again.

Noah Finnley is down on his luck. He can’t find work and now he’s being evicted. Things start looking up when the beautiful Sage offers him a partnership at Winter Song. Just one problem, she has a ghost attached to her and Noah’s no Ghost Whisperer. He knows taking the job at Winter Song is a bad idea, but with his landlord threatening to confiscated his belongings and throw him out on the street; he feels he has no other choice, ghost or no ghost.

The two men must work together when Sage stumbles upon a mad man’s secret. If Noah and Cooper don’t find a way to settle their differences, Sage could join Cooper on the other side, permanently. 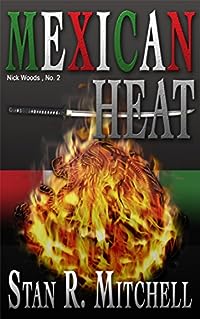 Nick Woods is tired of waiting. America’s greatest sniper has spent the better part of two years up in the mountains of Montana, waiting for the government to double-cross him and try to come get him.

He has good reason to be wary. The government has betrayed him twice already, but Nick’s a hard man to kill. And just waiting in isolation, with his wife Anne gone, and his paranoia at dangerous levels, is killing him, day-by-day.

And so Nick ventures out. Carefully, like Nick does everything.

But what Nick doesn’t know is that the Mexican government stands on the verge of complete collapse.

A brilliant madman has united the drug cartels into a deadly alliance, and the Mexican President holds a perilous grip on power.

Now, Mexico’s leading businessman — a multi-billionaire who owns much of the country — is about to exit the country, selling off his businesses and taking his capital out of the country.

Such a move would lead to an exodus of other businesses and just like that, America would face one of its largest catastrophes in recent times: a third world country on its borders, run by a drug cartel whose reach spans from South America into deep within the United States.

America has already sent a team of Navy SEALs to deal with this cartel, but that proved a catastrophe.

The country needs Nick Woods again, and it needs him now. 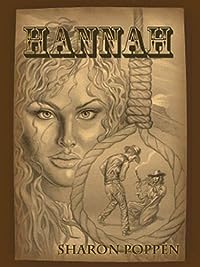 In 1880, newlyweds Hannah and Caleb are building a cattle ranch on the plains of Texas. A cloud of dust in the distance advances toward their cabin bringing unwelcome changes into their lives. Caleb is killed, Hannah is raped and left for dead. Follow Hannah as she makes her way through bordellos, churches and shanty courts of the old west seeking justice – and finding a new love along the way. 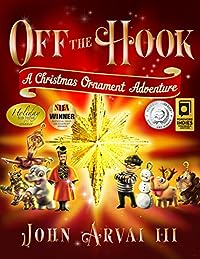 Set in a world where a Christmas tree’s star is actually a secret transmitter used by Santa Claus to identify all the active Christmas homes throughout the world, Off the Hook follows two groups of ornaments from opposite sides of their tree who must learn to work together to find their missing star before Santa passes their family’s house by!

Best described as “Toy Story on a tree,” Off the Hook is an exciting holiday adventure for the entire family to enjoy! Rejoice in this fresh Christmas tale as you dash through the 34 full page illustrations, unwrap the delightful cast of characters, and feast on the playful humor! Off the Hook will leave your stockings stuffed with a lesson on teamwork and your hearts filled with the spirit of Christmas!