The smoke from the Northern California fires has cleared, but those tragic days still hang heavy on the air. Waking up that morning and seeing all the destruction happening around us was quite a shock. I remember trying to wake my hubby up quickly and telling him we might need to evacuate now, but trying not to scare the baby bassets at the same time. We didn’t take our eyes off the news, as we watched the fires circle our towns, get close to our homes, but were stopped by heroes in fire suits. Things are calm now and we are picking up the pieces, helping where we can, and things just seemed to be a little lighter now. Until I saw them waiting in line at the quarry and the local dumps. Truck loads of debris. My baby bassets counted 75 trucks in line, waiting to dump their loads. It wasn’t just truck loads of debris though. It was peoples lives, memories, homes. The lines have been like that for days and days. It was a reminder that our work here is far from over. 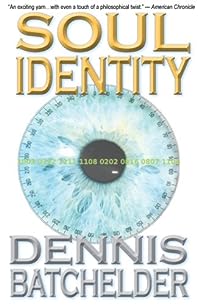 You can’t take it with you… but what if you could?

Most people believe their souls outlive their bodies. Most people would find an organization that tracks their souls into the future and passes on their banked money and memories compelling.

Scott Waverly isn’t like most people. He spends his days finding and fixing computer security holes. And Scott is skeptical of his new client’s claim that they have been calculating and tracking soul identities for almost twenty-six hundred years.

Are they running a freaky cult? Or a sophisticated con job?

Scott needs to save Soul Identity from an insider attack. Along the way, he discovers the importance of the bridges connecting people’s lives. 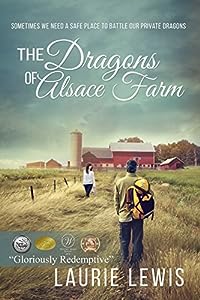 The Dragons of Alsace Farm: A Story of Love and Redemption
by Laurie Lewis

In need of his own redemption, Noah Carter finally confronts his childhood hero, the once-beloved uncle who betrayed him. Instead of vengeance, he offers forgiveness, also granting Uncle John a most curious request — for Noah to work on the ramshackle farm of Agnes Deveraux Keller, a French WWII survivor with dementia.
Despite all Agnes has lost, she still has much to teach Noah. But the pair’s unique friendship is threatened when Tayte, Agnes’s estranged granddaughter, arrives to claim a woman whose circumstances and abilities are far different from those of the grandmother she once knew.
Items hidden in Agnes’s attic raise painful questions about Tayte’s dead parents, steeling Tayte’s determination to save Agnes, even if it requires her to betray the very woman she came to save, and the secret her proud grandmother has guarded for seventy years.
The issue strains the fragile trust between Tayte and Noah, who now realizes Tayte is fighting her own secrets, her own dragons. Weighed down by past guilt and failures, he feels ill-equipped to help either woman, until he remembers Agnes’s lessons about courage and love. In order to save Agnes, the student must now become the teacher, helping Tayte heal — for Agnes’s sake, and for his. 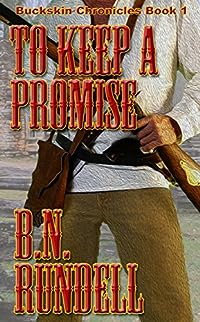 To Keep A Promise (Buckskin Chronicles Book 1)
by B.N. Rundell

The power of a promise made and a promise kept is realized when Jeremiah Thompsett comes of age and accepts the responsibility of fulfilling his mentor’s long-held dream. Raised by an escaped slave in the midst of the Arapaho nation in the Wind River mountains, he now must track down the slave catchers that killed his adopted father and stole their cache. The Vengeance Quest takes him and his companions through the mountains and across the nation to fulfill the promise of freeing the family of slaves held dear to his mentor and adopted father.

Accompanied by Broken Shield and Laughing Waters, his Arapaho friend and his sister, the trek through the mountains and to Fort Union is fraught with hazard and ambush. It is here he is joined by Scratch, the crusty mountain man who joins him on his journey downriver and across country to find Ezekiel’s family and to seek to free them. 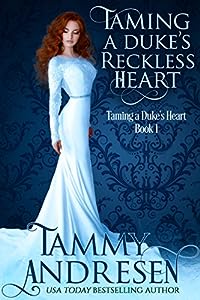 With her mother gravely ill, Piper Baker’s situation grows desperate in a world unfriendly to women. Time and money dwindle to naught, and marriage is Piper’s lone option. Although potential suitors circle her skirts, none but Barrett Maddox, Duke of Manchester, captures her heart, after he saves her from a band of thieves. It is just her luck that the man Piper wants is the only one she cannot have.

For wealthy, titled bachelor Barrett Maddox, the first rule in life is to avoid marriageable virgins, at all costs, and he has been successful thus far. That is, until he rescues the delectable, auburn-haired Piper Baker. For some unfathomable reason, or in a temporary fit of insanity, he agrees to broker a match for the unfortunate lady, in the target rich New York society. While he easily thwarts inept suitors, can Barrett keep his hands to himself?

Entangled in a web they conspired to create, Piper and Barrett are left to wonder if there is anything more reckless than love. 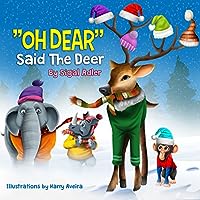 A friend in need is a friend indeed

I’ve searched for a hat, but none fits just right.”

On top of his head his big antlers grew,

No hat would fit over them; what could he do?

Its all about good friends that would not leave a friend in need and help him to find a solution. It’s hard to keep kids captivated, but this book does it Making it fun with rhyme, color, and an adorable main Character that is easy to Adore.
Most importantly it offers kids (and adults) a perspective That family and friendship are big part of life. This is an important message and at the right age and It’s a sweet book to snuggle up to with your children anytime.***The story is recommended to – read aloud book for preschoolers or a self-read book for beginner readers. Dealing with: friendship, Emotions.