My hubby bought an Instant Pot and said it wasn’t a present for me because he knew I would throw it at him if it was. He said it was on sale and couldn’t pass up the good deal. I still think he bought it for me. It would be an awesome gift, but I hate cooking. REALLY REALLY HATE cooking. Look at that. I didn’t even capitalize the word cooking because I hate it so much. When my youngest basset (who really hates my cooking) said to me he had a homework assignment that involved cooking, you know I was thrilled. I thought this would be a good time to try out the Instant Pot. I wont tell you how it went. Instead I will let you read how it went in my baby basset’s own opening sentence in his report. “On Monday night my mom and I decided to make lasagna for dinner.  It didn’t go well.” 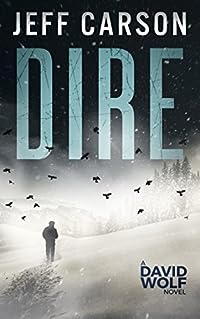 When a man careens off the road into the frigid waters of the Chautauqua River, Chief Detective David Wolf risks his own life to bring the man to shore. News of Wolf’s bravery travels fast through the burgeoning ski town of Rocky Points, Colorado, and before long he’s pulled into the political grinder, where candidates are eager to exploit Wolf’s character for their own gain. Injured as well in the process, it seems his heroic deed was some cruel twist of fate, that is, until he meets Lauren Coulter, a new girl in town and a nurse at the local hospital.

Lauren is smart, beautiful, and just Wolf’s type. The connection between them is there. But just as they get started, so does the killing. And as bodies start emerging, so do the secrets from Lauren’s troubled past.

Has fate steered Wolf to the wrong woman? Or is someone more devious behind the wheel? Lives will depend on how fast Wolf can come up with the answer, and this time, living with failure will prove to be something much worse than death. 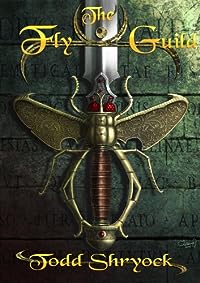 The Fly Guild
by Todd Shryock

His father died in the plague. His mother is missing. He’s on the streets of Star Gleam City.
Alone and afraid, he lives life from one meal to the next, stealing what he can to get by, sleeping in alleys, until one day, he steals from the wrong person.
Captured by the notorious Fly Guild, the city’s most ruthless gang, he’s left with one choice: Serve them or die. Set to a life of crime, he hones his skills at the expense of others, taking what is required with the guild always asking for more.
As the years pass, he yearns for his freedom, wanting to be free of the oppression and debauchery of the guild. One night, while protecting a guild prostitute, he makes a choice that changes his life — and the fate of the city — forever.
He only made one mistake: No one ever leaves the guild and lives. 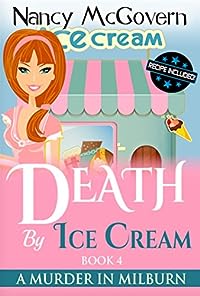 Death By Ice Cream: A Culinary Cozy Mystery With A Delicious Recipe (A Murder In Milburn Book 4)
by Nancy McGovern

Nora Newberry is back with another intriguing mystery…

When a man confronts his ex-wife in Nora’s newly-opened Madness Diner, Nora immediately comes to the woman’s defense. Thankfully, after striking Nora and pulling a gun, the man is eventually apprehended and hauled off to jail. Once again, all is peaceful at the diner… until that night, when the news is received that the man has escaped!

Later, when the man’s ex-wife is found murdered at the local ice-cream factory, no one doubts he is to blame. That is, until Nora’s beau, Harvey, is arrested for the crime. It’s no secret that Harvey and Sheriff Sean do not like each other and Nora is convinced that this bad blood has tainted the sheriff’s viewpoint of the case. But when Nora springs into action in an attempt to clear her man’s name, it seems that every new piece of evidence she finds supports the theory that Harvey is to blame!

Can Nora prove Harvey’s innocence? Is he innocent? And, either way, will Sheriff Sean finally be able to put his nemesis away… for good???

Find out in Death By Ice Cream, the 4th Book in Nancy McGovern’s popular culinary cozy mystery series, “A Murder In Milburn”!

NOTE: This novel, like each book in the series, includes a delicious recipe straight from Nora Newberry’s recipe book! PLUS, you’ll receive an offer for a FREE novella-length prequel to this series inside! 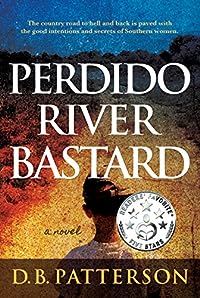 Fans of Eliza Maxwell and Pat Conroy will love this book.

Prodigal son Duddy Doogan has a promise to keep. He is going home, to a place where his eccentric storytelling kin await his first visit since his father went missing two years ago. Home to where a powerful river carves an age-old border between Florida and Alabama, dividing the land and people living there. Home to a family tree moss-draped with secrets and lies, forgotten memories, and old mysteries buried in its roots.

Haunted by the trauma of a childhood accident he can’t remember, Duddy must excavate the bones of his twisted family history to put his broken life back together. But when tragedy strikes, a promise to return home suddenly becomes a dangerous quest to reclaim his father’s remains from a long-lost uncle living deep in the Southern Alabama swampland.

For Duddy Doogan, a journey into the heart of darkness will lead him to a shattering revelation about his traumatic past, a secret truth hiding in plain sight and powerful enough to alter the course of Perdido River history for generations to come.

Perdido River Bastard is a modern, Southern gothic novel of redemption that will leave you wanting to excavate your own family’s truths.

PERDIDO RIVER BASTARD: The Saga of a Multi-racial Southern Family’s Secrets and Legacy of Love. Check it Out Today. 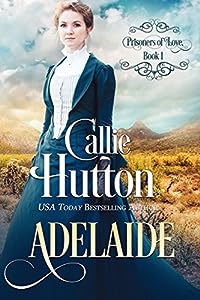 Dodge City, Kansas, 1877. Adelaide Markham is one of four female prisoners sitting in Dodge City Jail. The sheriff offers them a choice. Either sit in jail until the circuit judge sobers up enough to hear their cases, or get on the wagon train traveling to Santa Fe as mail order brides.
A recent widow who just lost her child, Adelaide prefers marriage to jail, but wants no part of motherhood. The pain is too great.
Miles Ryan has been threatened by the wagon train master that he and his two recalcitrant daughters will be left behind at Fort Dodge if he doesn’t find a wife to control the girls.
Miles takes one look at Adelaide and decides she’s for him. Unfortunately, it’s not until the deed is done that she learns she is a mother once again.