Meeting With The Big Guy

I have an important meeting with Santa today, so I have to pull my baby bassets out of school early. Every year I take them out of school early to go visit Santa, get pictures taken, and give him the important wish list. I take them out of school early because it’s just that important of a meeting, and I hate lines. When I was young, I remember waiting for three days in line to meet the big guy. No, it was really only thirty minutes or so, but I was a kid, so you know five minutes is an eternity. Just imagine thirty minutes. I swore I would never do that to my kids. I also love all the extra time Santa spends with the boys. Since he doesn’t have to rush, he spends quite a bit of time discussing what they want for Christmas, and reviews their behavior over the year. My youngest sweats that part a bit, but in the end Santa gives him the okay for the year. 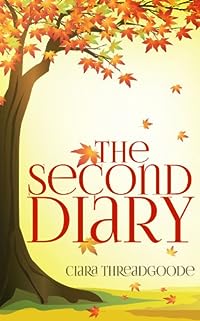 The Second Diary
by Ciara Threadgoode

Some people keep diaries that merely record the forgettable tidbits of their daily life. Dorothy Rose Nolte Hughes had one of those. But after her passing, her cherished granddaughter Cherry found another one that proved to be the tell-it-like-it-really-is version. It revealed family secrets that may have otherwise been buried forever; the romantic conspiracies of two generations. Granny’s spunk shined radiantly through each page. She’d turned some colorful phrases; earthy to be sure, and perhaps for some, even blushworthy. For Cherry and husband Gene, who with their six Doxie kids had spent their every day with Granny during her physically- challenging last months, this newfound treasure was delightfully funny. And deeply endearing. They discovered the true power of fairy tales; like those that had transported her to happier places and happier times during her somber last days. But the fairy tale that was Cherry’s last gift to her grandmother, was the best one yet. 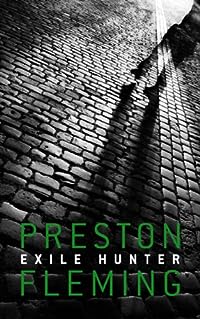 EXILE HUNTER, the third book in the Kamas Trilogy, begins in 2023, one year before the Kamas revolt, in a dystopian America ruled by a tyrannical President-for-Life who turns America’s military and intelligence assets against his domestic enemies. The protagonist, an undercover officer specializing in targeting exiled political opponents, becomes the scapegoat for a failed operation and is sent to die in a corrective labor camp near the Arctic Circle. But, defying all odds, he survives, escapes and devotes his remaining energies to finding and aiding a woman whose family he has ruined.

SYNOPSIS:
Beirut, 2023: When undercover intelligence officer Warren Linder agrees to lure an exiled opponent of the President-for-Life back to impoverished, low-tech, post-Civil War II America, Linder is unaware that the target is his childhood sweetheart’s father. On learning this, he ignores his better instincts and plunges ahead. But a surprise encounter with the woman who rejected him years before triggers a change in Linder that derails the operation. His bosses, suspecting treachery, capture Linder along with the target and his daughter and spirit them back to the U.S. aboard a secret rendition flight. Linder’s ensuing journey takes him from Beirut to a Virginia interrogation center and on to an Arctic labor camp; then, after a nearly impossible winter escape, on a 2000-mile trek to the Utah Security Zone, where his onetime love was last held. Though he finds her, their respective ordeals have changed them. The story reaches a climax in the couple’s home town of Cleveland, where Linder aims to recover his former target’s last cache of rebel funds and use it to take his loved ones beyond the regime’s reach. EXILE HUNTER is a tragic yet life-affirming saga of a man who risks everything to set right past wrongs, regain lost love and resist the tyranny he once served. 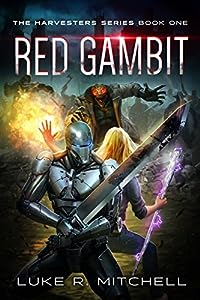 Red Gambit: Book One of the Harvesters Series
by Luke R. Mitchell

A merc with a mouth.
A girl with one hell of a whacking stick.
Two reluctant heroes in the making…
Amidst harrowing famine and deadly aliens who hunt humans and turn them into scaly mutants, Jarek is having a pretty good day.

He survived Earth’s invasion, he still has his ship, and his prized exosuit and AI-companion are safe and sound. But when his weaponized suit is stolen, he’ll stop at nothing to get it back. Even if he has to break into the alien king’s stronghold to do it.

On the way to spring his imprisoned informant, though, an energy-slinging arcanist named Rachel lays claim to the same captive. When he sees her throwing around grown men with telekinetic powers, Jarek has little room to argue. Especially not when teaming up may be the only way to get out of the king’s stronghold alive.

One thing’s for certain. Jarek didn’t sign up for this crap. And neither did his fiery new friend. But together, they might just be strong enough to pull it off.

Assuming they don’t kill each other first…

Red Gambit is the first book in the irreverent, post-apocalyptic Harvesters Series. If you like wise-cracking dialogue, riveting action, and endearing outcasts, then you’ll love Luke R. Mitchell’s powder keg of an adventure.

Buy Red Gambit today and suit up for a hilarious, high-octane thrill-ride! 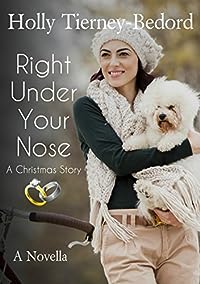 Right Under Your Nose: A Christmas Story
by Holly Tierney-Bedord

This is a novella length book.

Ariadne Daniels seems to have it all: A successful career as a pastry chef, a Victorian home in a trendy neighborhood, and her dedicated boyfriend Scott who she’s been with for years.

Her life is great until the day she stops by Scott’s apartment to surprise him and finds out that he’s not so dedicated to her after all. Shocked and too depressed to celebrate, she decides to skip Christmas. Her best friend Jess does his part to convince her otherwise, but Ariadne’s determined to wallow in her misery, at least until spring.

Life has other plans for her, however. Some helpful meddling from a new friend at a local bookstore, along with some questionable behavior on the part of Jess’s girlfriend, turn Ariadne’s ho-hum holiday plans on their head. 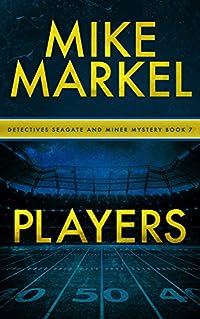 The death of Lake Williams, a former football player at Central Montana State, in his squalid tent in a homeless camp looks to Seagate and Miner like a routine heroin overdose. Soon, however, they discover that someone hired a courier to deliver the uncut heroin, knowing that Lake would shoot up and die instantly. When a second body turns up, and then a third, the evidence points to the head coach and the other leaders of the football program, who appear to be covering up a secret that would destroy the program. When a man comes forward, claiming to have committed numerous felonies on behalf of the program over many years, the detectives don’t know whether he is the killer or merely a decoy in an elaborate misdirection play. In a heart-pounding final confrontation, Seagate and Miner confront the killer–and realize they have walked right into the trap.