The Sins of Angels, is an epic space opera series set 3000 years after the fall of Earth. With the scope of Dune and the adventurous spirit of Indiana Jones, Sins of Angels delivers a conflict that spans galaxies and rests on the spirit of a single brave researcher. Follow the complete saga, and watch as the fate of our species hangs in the balance. Enjoy! 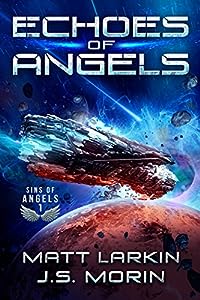 First, they saved us. Then they enslaved us. Yet five hundred years after the angels vanished, humanity continues to obey.

Professor Rachel Jordan dared to defy 3000 years of angelic doctrine, teaching that the ancient angels were never the saviors they claimed to be. The Redeemers, self-appointed guardians of angelic law, branded her a heretic. Hunted by zealots who would brainwash her back into the angels’ good graces, she flees to the edge of civilized space.

But not to hide.

Rachel’s only hope is a fabled lost book of the Codex, written by a rogue angel: the Sefer Raziel. Tracking the book to a desolate former prison world, she delves into the criminal underworld to ferret out its location. But her search draws the ire of greedy megacorporations, shadowy puppet governments, and the zealots who chased her there in the first place.

As conflicting forces close in, Rachel must rely on dangerous allies and question the limits of her moral code to be the first to claim the Sefer Raziel. Even if it kills her. Because the only fate worse than death is knowing that her failure doomed humanity to eternal servitude. 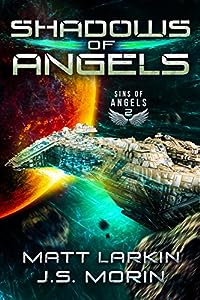 The book was never the end. It was only the beginning.

With the Sefer Raziel in hand, Rachel races to escape with it before anyone discovers her. Hidden within the pages of the book are secrets that could destroy armies and reshape worlds — certainly enough to bring Rachel’s pursuers to their knees.

Except she can’t read it.

As Redeemers close in and escape from the planet’s surface restricted, Rachel has no choice but to trust someone who betrayed her — and hope she isn’t making an even worse mistake. 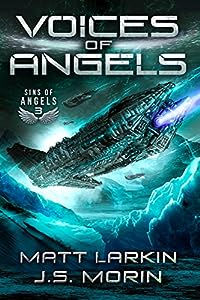 A superweapon. A lost world. Galaxies poised to stop them.

The Sefer Raziel led Rachel Jordan astray. Instead of answering all her questions, it posed infinitely more. Now at the helm of an ancient starship more advanced than anything humans can build, she’s at the center of an intergalactic controversy.

Her government wants the ship.

If Rachel were to hand it over, she’d be acclaimed as a hero. But that would end her quest for the secret truth behind the angels’ rule of mankind. The angels’ starship holds the answers, and the one she latches onto is the site of humanity’s birthplace.

Rachel is about to discover why the angels hid away the cradle of humanity for three thousand years. 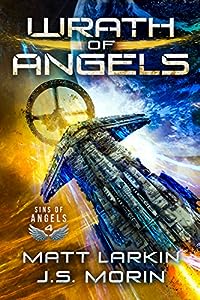 She started a quest to free mankind from the departed angels’ dogma. Instead, she delivered mankind for judgment.

The awakened angels took no time in reasserting themselves as the dominant species in the universe. As galactic powers vie for control of the angels’ battleship, the angels show them how inferior human technology is. As Rachel Jordan looks on helplessly, furious angels take out their wrath on the sinful human empires that sprang up in their absence.

The only ones spared the angel’s judgment? The Redeemers.

Rachel doesn’t want to live in a universe where those zealots are the standard of piety. But how can she defeat an enemy that ruled humankind with iron wings for millennia? 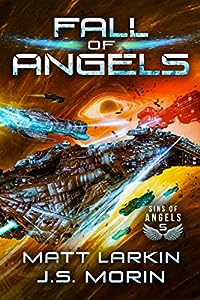 To fight a war with heaven, make an ally of hell.

Despite the best of intentions, Rachel Jordan has unleashed an apocalypse on the holy universe — possibly the apocalypse. As mankind faces the unforgiving judgment of the angels, she turns to every source she can think of for help.

The ancient Adversary that once nearly wiped out humanity is the only force ever known to have stood against the angels. By Rachel’s reasoning, that might make them humanity’s only allies worth having.

Will Rachel’s quest to free humanity’s minds from angelic dogma end up costing her entire species its soul?

Fall of Angels is the fifth and final book of Sins of Angels.