I think yesterday was the first day that Junebug didn’t have an accident in the house. I won’t call it a success because there wasn’t one second of that day that there wasn’t a squirt bottle pointing at her waiting for her to drop one little bit of pee or poo. She knew it to. She looked at that squirt bottle like is was a horrible weapon. I felt like such an evil person, but this has gone on way too long. I find it also a little disturbing that she knew what it was for. So she knows that she is not supposed to pee or poo in the house, but chooses to do so if she can get away with it. Naughty little pup pup. 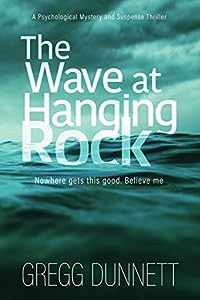 The Wave at Hanging Rock: A psychological thriller with soul…
by Gregg Dunnett

What if your best friend was a killer… And you never noticed?

Fourteen-year-old Jesse is shipped half-way round the world after the death of his father. He struggles to adapt to life on the Welsh Atlantic coast but eventually befriends John, a popular, charismatic and outwardly charming boy. But soon a darker side to John emerges. Will Jesse notice before it’s too late?

Young doctor Natalie’s life falls-apart when her husband Jim is reported missing. Is it a tragic accident, or something more? A mysterious phone call sets Natalie on a path to discover the truth, but as she delves deeper her own demons come back to haunt her.

Get set for a page-turning ride as these stories crash together with a twist that’s been described as mind-blowing, shocking, and unmissable. 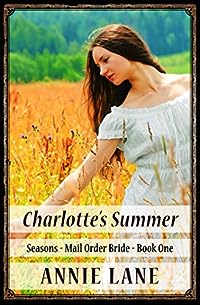 Seattle orphan Charlotte Bates is horrified when the evil Mr Graynger informs her that on her upcoming 18th birthday, she WILL become his wife. But Charlotte simply can’t marry him… she won’t! He is vulgar, putrid and disrespectful – not to mention, over three times her age.With help from her best friend Beth and the kindly Mistress Belle, Charlotte is soon heading east to marry young farmer Thomas Ackerman in Conrad, Montana.
*
As her life in Conrad unfolds, Charlotte meets a wonderful mix of townsfolk, including her future husband Thomas, the lovely Louise, the interfering Mabel, and an adorable 8 year old boy named Junior.
*
But even in Paradise, life doesn’t always turn out the way we might hope or expect it to. Has Charlotte jumped from the frying pan into the fire? Or might she learn that amidst the mud and the blood and the tears, romance and love can materialize in the most magical, unexpected ways. 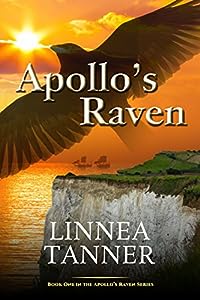 Can a Curse Control Ancient Britannia?

The world is in turmoil. Celtic kings hand-picked by Rome to rule are fighting each other for power. King Amren’s former queen, a powerful Druid, has cast a curse that foretells Blood Wolf and the Raven will rise and destroy him.
King Amren reveals to his daughter, Princess Catrin, the grim prophesy that his former queen pronounced at her execution for treason to him.

The gods demand the scales be balanced for the life you take. If you deny my soul’s journey to the Otherworld by beheading me, I curse you to do the same as mine. I prophesize your future queen will beget a daughter who will rise as a Raven and join your son, Blood Wolf, and a mighty empire to overtake your kingdom and to execute my curse.

Catrin is trained as a warrior and discovers she is the Raven and must find a way to block the curse of the evil former queen. Torn between her forbidden love for her father’s enemy — Marcellus, the great-grandson of Mark Antony — and her loyalty to her people, she must summon the magic of the Ancient Druids to alter the dark prophecy that awaits her.

Will Catrin overcome and eradicate the ancient curse? Will she be able to embrace her forbidden love with Marcellus? Will she cease the war between Blood Wolf and King Amren? Will she save Ancient Britannia?

Apollo’s Raven sweeps you into an epic Celtic tale of love, magic, adventure, intrigue and betrayal in Ancient Rome and Britannia. 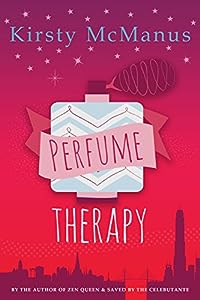 Chloe Beech is all set for a two-week holiday in Thailand with her sister Mia. Sure, she’s leaving behind an office that doesn’t seem to be able to run without her, and Mia has invited a bunch of her narcissistic friends along to join them, but a holiday is a holiday, right?

Wrong. Pickpocketed on her first night and separated from everyone, Chloe soon finds herself stranded in the back streets of Bangkok. Fortunately, her saviour arrives in the form of charismatic perfumer Daniel Richards, whose Scottish accent and amiable nature immediately put her at ease.

With Daniel’s help, Chloe is soon back on the metaphorical horse. But with several more unfortunate events befalling her over the following days, she is forced to rely on Daniel again and again to help bail her out.

Throw in a jealous absentee boyfriend, a wild neighbour with the propensity to meddle, and a strangely aggressive staff member at Daniel’s perfumery, and Chloe finds herself on the trip of a lifetime. It’s not quite the one she was expecting, but it might just be the shake-up she needs. 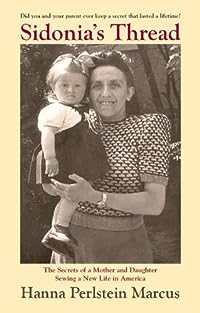 Sidonia’s Thread: The Secrets of a Mother and Daughter Sewing a New Life in America
by Hanna Perlstein Marcus

WINNER, 2014 BEST KINDLE BOOK for nonfiction. Did you and your parent ever keep a secret that lasted a lifetime? When Hanna Perlstein and her mother, Sidonia, come to Springfield, Massachusetts from a displaced persons camp after World War II, they know no one in America. With no other family, except each other, they build a world that revolves around Sidonia’s extraordinary talent with a needle and thread to create beautiful garments while Hanna serves as her dutiful model. As Sidonia becomes well-known in western Massachusetts and northern Connecticut for her remarkable sewing talent, she continues to keep her inner secrets about her past hidden not only from her daughter but from everyone else. Determined to craft a life of pride, self-reliance and perseverance, Sidonia teaches her daughter to “stand up straight” in fashion and in life. Sidonia’s Thread uses sewing metaphors to tell the tale of these two women as though stitched together like a handmade garment. Why did Sidonia keep these significant life secrets, and why was Hanna so afraid to ask about them? When Sidonia moves to elderly housing, Hanna steals some of her old letters and photographs hoping to find clues to her paternity, her mother’s reclusive behavior, and her heritage. Combined with a trip to her mother’s Hungarian homeland and a phone conversation with her father, Hanna’s surprising discoveries inspire a revised view of her life with her mother, replacing her conflicting emotions toward her mother with true reverence.