I’m going to try an sneak a few Christmas decorations in today and hope nobody notices. I will call them winter decor. 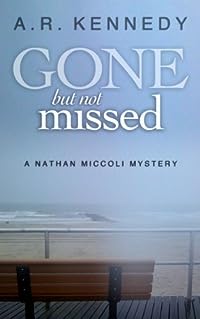 Gone But Not Missed (A Nathan Miccoli Mystery, Book 1)
by A R Kennedy

Lillian Brannon wakes up on Valentine’s Day in an exact replica of her bedroom but the only item that she believes is authentic is her dog, Laude. She is held captive in her kidnapper’s basement apartment, summoned upstairs once a week for a chaste dinner. But will his kindness last, and more importantly, why isn’t anyone looking for her? Lillian’s story is interwoven with that of Nathan, a NYPD officer, who is intrigued by Lillian’s disappearance- how can a young woman be gone for two weeks before a Missing Person Report is filed? Local police believe Lillian has voluntarily abandoned a life she didn’t like. Lillian’s best friend convinces Nathan the authorities are wrong. With no jurisdiction, no resources, and no witnesses, he is compelled by the pictures of Lillian with her sweet smile and sparkling green eyes to obsessively take up the case. Armed with Lillian’s keys and personal information, he spends hours, then days in her home trying to find clues that will lead him to her. 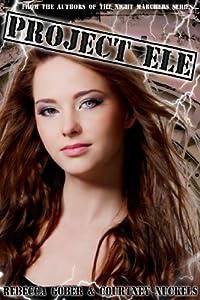 When the government enacts Project ELE to preserve the human race after a devastating epidemic, survivors like Willow must adapt to new lives in shelters. But soon, Willow and her friends acquire unusual abilities that have far-reaching consequences. The ELE Series is a now complete Young Adult Science Fiction Romance series with more than 700 five-star ratings on Goodreads.

In an effort to save the human race, the government has implemented Project ELE. Now, the only chance for survival is to seek refuge in underground shelters controlled by the government.

Willow Mosby is among the select few allowed to enter the underground bunker to wait out the end of the world. Forced to pick up the broken pieces of her life after being separated from her family, she throws herself into a new life of work and school. When she meets Alec, her young and attractive boss, Willow finds herself falling for the one guy who should be off limits.

Alec makes her feel like this crazy new world may just be worth living. But when an afternoon date results in a shocking discovery, she’s forced to face an unspeakable truth that puts the lives of her and her friends in jeopardy.

The ELE Series will appeal to fans of The Hunger Games by Suzanne Collins, The Gender Game by Bella Forrest, Red Queen by Victoria Aveyard, and A Court of Thorns and Roses by Sarah J. Maas. 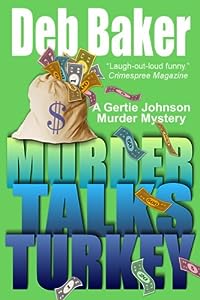 In her third Yooper mystery (as in the Upper Peninsula of Michigan, or U.P.), Baker’s lively protagonist, Gertie Johnson, is minding her own business, standing in line at the bank when it gets robbed. From her position on the floor, Gertie watches as a gunman on the roof of a nearby building shoots the bank robber dead. She quickly decides that she and the other two members of her Trouble Buster Investigative Company (all single women of a certain age) need to help their hapless sheriff solve the case. The trouble is feisty Gertie has a lot on her plate, what with her extended family, her other investigations, and a tentative new romance. The deeper into the bank robbery she goes, the more complicated and seriously dangerous it gets. Intrepid Gertie is a wonderfully drawn character, whose view of the U.P.’s denizens and their surroundings makes for enjoyable storytelling. ~ Booklist 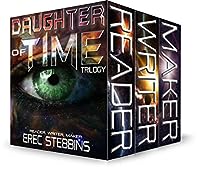 READER: From the future, a final plea. Out of the past, a last hope.
Ambra Dawn, a young girl born to die in freakish disregard. A doomed world, enslaved to forces unseen. A final hope beyond imagining. Become a Reader, because in the end, the most unbelievable step in the adventure – will be your own.

WRITER: From hatred, Love. From many, One.
Book 2 in the Daughter of Time trilogy: A love story and sci-fi epic about the beautiful and terrible destiny of profoundly star-crossed lovers with a galaxy’s fate in their hands.

MAKER: Until all is lost, nothing is found.
Conclude the epic story of Ambra Dawn in the final installment of the trilogy. A story in which the one that was lost will be found. Where a thief will guide through chaos and time. Where all that was held dear will perish. And in that final and utter destruction–there will be a Creation.

“Exploratory fiction at its most powerful and intelligent, Maker will challenge and reward all those who have ever wanted to believe in almost anything.” -ForeWord Reviews, MAKER 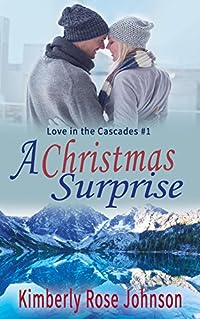 A Christmas Surprise (Love in the Cascades Book 1)

After showing up to a blind date to find he left before she arrived, Keira is reminded why she doesn’t date. She had true love once but a tragic accident ripped him from her and their son, who’s now four and only wants a puppy for Christmas this year.

Although off limits since she’s a single mom, Pete determines to help Keira find the perfect puppy for her son.

Keira wonders about Pete. He says he doesn’t date women with children, yet she can’t help but notice he behaves like a man who has more on mind than finding a puppy.

Will love break down Pete’s walls and bring more than a puppy for Christmas?