Today is a day for extreme cooking and cleaning. I have done a few little things, but I just can’t get the umph to really get into it. Don’t get me wrong. I am loving the Thanksgiving spirit, but I am also really loving my couch. So soft and warm. I think I am feeling a bit arrogant since I already mowed the lawn and cleaned the chicken coop. Wait a second! I’m not being lazy. I am stopping to smell the roses like all those memes are telling me to do. Okay… they aren’t roses really. More like chocolate chips I snagged from the bag in the garage that I hid from the rest of the family so I don’t have to share. I like bacon too. i know. That last part was a bit random, but i always like to give credit to bacon when I can. 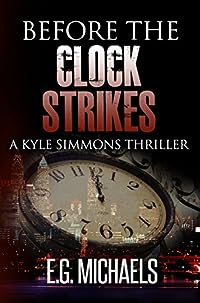 Before The Clock Strikes: (A Kyle Simmons Thriller – Book 1)
by E.G. Michaels

An innocent teenage sleepover turns tragic as a hail of bullets rip through a sleepy neighborhood.

Philadelphia Homicide Detective Kyle Simmons is assigned one task: Catch the killer before someone else decides to take matters into their own hands.

He’s barely begun to investigate when another body is found with nothing but Simmons’ business card on it. This evidence is crystal clear: Simmons’ contact was the victim of a cold and calculated hit .

As Simmons starts to work both cases, a disturbing thought keeps popping up in his head: What if the two cases are somehow connected?

In a matter of hours, Simmons finds himself in a desperate race to solve both murders before the carnage continues.

E.G. Michaels delivers a debut action-packed thriller with white-knuckle twists and unexpected humor that will leave you wanting even more. 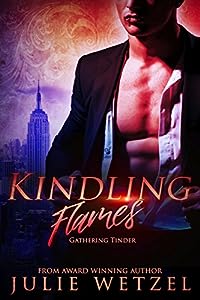 After landing a job as assistant to a handsome CEO, Victoria Westernly feels like her life is finally on the right track. But when she discovers her new boss is the city’s most powerful vampire, she’ll have to decide whether her attraction to him is worth the risk…

The Kindling Flames Series is a paranormal romance saga with over 2,300 five-star reviews on Goodreads. Dive into a series filled with sexy vampires, werewolves, shifters, Fae folk, and more. Science fiction and urban fantasy romance lovers unite because this series has seven exciting books that readers have compared to other popular vampire romance novels such as: A Shade of Vampire Series by Bella Forest, the Immortals After Dark Series by Kresley Cole, The Sookie Steakhouse Novels (True Blood) by Charlaine Harris, The Twilight Saga by Stephenie Meyer, The Vampire Academy by Richelle Mead, and The Black Dagger Brotherhood Series by J.R. Ward.

Disclosure: This book does end in a cliffhanger like most books in a series do. However, there are six novels already published in this series that can be binge read immediately after. 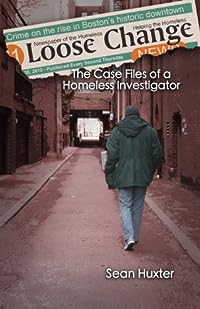 Loose Change: The Case Files of a Homeless Investigator
by Sean Huxter

What landed this man in an alley behind Boston’s richest shopping district? What led him to abandon his old life for a life in the back streets of Back Bay? Follow a resident of Boston’s historic center as he finds himself an unlikely investigator pursuing hookers, pimps, thieves, drug dealers and runaways in his attempt to help the less fortunate and bring criminals to justice – if not always to the justice demanded by the law.

Loose Change is a collection of hard-boiled short crime stories that draw you into the seedy underbelly of old Boston and into a larger world revealing one man’s plight as he searches for some justice of his own. 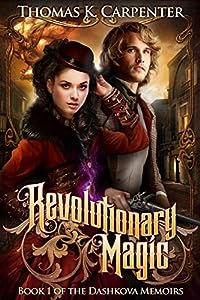 After years of running from the Emperor of Russia’s assassins, Ekaterina “Kat” Dashkova has finally found an unlikely home in Philadelphia under the tutelage of Benjamin Franklin.

When a mid-level government official is found wandering colonial Philadelphia without his clothes — and his last two years of memories — Ben and Kat suspect otherworldly forces at work. Neither of them know that a dark revolution lurks beneath the veneer of civilization, ready to unleash its malevolent magic unless Kat makes a grim sacrifice. 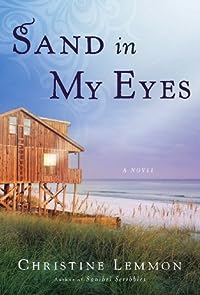 Sand in My Eyes
by Christine Lemmon

Twenty years ago, Anna Hott thought she could control everything — her crumbling marriage, her demanding children, her hectic life — by quitting her high-placed job in New York City and moving her family to tranquil Sanibel Island, Florida. But she brought her untamed emotions, her rage toward her cheating husband, and her yearning to write a novel with her. When her husband and children left the house for a week, Anna thought at last she would get her household, her novel, and her mind in order. Instead, her elderly neighbor Fedelina Aurelio knocked on her door bearing flowers and homespun wisdom, and when Fedelina’s recently divorced son arrived, Anna had a test of passions and a test of truth. Now, at 56 with an empty nest, Anna Holt pulls out the incomplete manuscript she started that memorable week and — to find closure for her life and a conclusion for her novel — travels to Indiana to visit Fedelina who lives in a nursing home. A novel framed within a novel, Sand In My Eyes is both a story about the tension between motherhood and personal dreams as well as a story about women across generations inspiring one another to let beauty persist despite ugly circumstances.