That Kind Of Morning

Author David Gaughran weaves tales that are captivating, entertaining, engaging, and richly textured. Fans of adventure and history are sure to enjoy these fast-paced novels. Enjoy!

“Liberty Boy is a riveting tale of an overlooked rebellion, told from the perspective of the streets, with gifted dialogue that is more heard than read and unexpected twists that leave you breathless from first page to last.” – Cindy Vallar, Historical Novel Society Review. 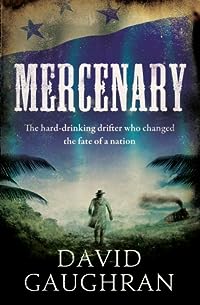 Lee Christmas gets drunk and falls asleep at the throttle of his locomotive, plowing straight into an oncoming train. Blacklisted from the railroad and his marriage in tatters, he flees New Orleans on a steamer bound for the tropics.

In Honduras, he begins a quiet new life. But trouble has a way of finding Christmas. With unrest sweeping the countryside, he’s kidnapped by bandits. Soon, he finds himself taking sides in an all-out civil war–as leader of the rebellion.

MERCENARY is the story of the USA’s most famous soldier of fortune: the hard-drinking drifter who changed the fate of a nation. 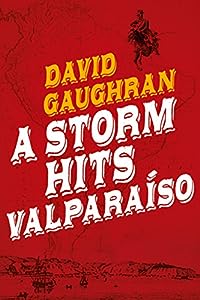 Catalina Flores de la Peña’s tongue got her in more trouble than any other part of her body, even though there were far more likely candidates. But when a storm rolls into her sleepy port town, she finds herself embroiled with a gang of adventurers, mercenaries, and prostitutes on a journey to free South America from the Spanish Empire.

A Storm Hits Valparaíso is an epic historical adventure starring two brothers torn apart by love; a slave running for his life; a disgraced British sailor seeking redemption; and José de San Martín, an Argentine general who deserts the Spanish Army to lead a bloody revolt against his former masters.