The Universe & An Old Pup

HAPPY THANKSGIVING!!! I did eventually get off my tushy yesterday and get all my chores done for our feast today. Now I can have a bit of fun before dinner. After I find a few goodies for you guys, and of course a few for me, some of us are off to the beach to tire out a few wild puppies. My sister in law has the sweetest rescue that is just a bundle of energy that my little Junebug loves to use as her muscle. This will be Junebugs first trip to the beach, so it will be quiet an adventure. Jethro of course will do his usual, and perch himself just out of the waters reach and look out stoically out to the horizon. He does that pretty darn well. It looks like he is contemplating the universe, but he might just be waiting for a treat. Either way he is enjoying himself. 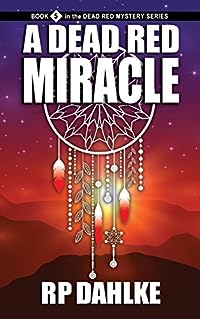 A DEAD RED MIRACLE: #5 in the Dead Red Mystery Series
by RP Dahlke

An ancient Apache shaman takes a leap off an Arizona pinnacle leaving an eerie message for this part time Cochise County Search and Rescue volunteer and full time P.I. “Save the boy,” will haunt Lalla Bains until she crosses paths with the grandson of the shaman, and realizes that the wall climbing teenage ninja will leave Lalla praying for a miracle.

~~~
“… what a great job the author did in the telling of this fast-paced and action-filled drama. I like how this was presented with an eclectic cast of characters and a mystery that kept me intrigued, especially when all the pieces came together as the author peppered the scenes with red herrings and some twists and turns to keep me glued to the pages as the puzzling case comes to an end. This was a great read and I enjoyed my time spent with Lalla, Pearlie, Caleb and their friends” Dru Ann Love, Reviewer 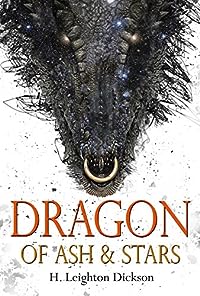 Dragon of Ash & Stars: The Autobiography of a Night Dragon
by H. Leighton Dickson

“People say that a Dragon breathes Fire. That is a myth. A Dragon IS Fire and his Whole Life is the Story of his Burning – Page by Blistering Page.”

Stormfall is a dragon born with a coat the colour of a starry night. When a violent storm strikes his island aerie, he is carried on hurricane winds into the complicated and sometimes cruel world of men. There, his journey takes him from fisher dragon to farmer, pit-fighting dragon to warrior, each step leading him closer to a remarkable destiny. But war is coming to the land of Remus and with it, a crossroads for the Night Dragon and the young soul-boy he allows on his back. How far is Stormfall willing to go in a war that is not his own? 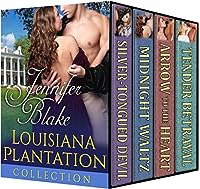 Romance as hot and steamy as a bayou night flavors this collection of 4 bestselling, Southern historicals by the Steel Magnolia of women’s fiction herself, Jennifer Blake.

SILVER-TONGUED DEVIL
Renold spins an enchanting tale of love and marriage, but Angelica only remembers their kiss before the steamboat exploded. How can she trust her supposed husband’s word — when he is her father’s sworn enemy?

MIDNIGHT WALTZ
Amalie’s husband in an arranged marriage is uncaring and aloof during the day — but tenderly passionate in the dark of night. She could almost believe he’s two different men…
ARROW TO THE HEART
At a tournament, Rowan wins a special prize he can neither accept nor refuse: bedding his host’s young wife. Katrine declines to bear another man’s child at her husband’s command. The two play a defiant game of “Let’s Pretend”… but can it keep them apart?

TENDER BETRAYAL
Roland proposes to Melanie to right a wrong. She accepts for vengeance. Will fiery passion join their troubled hearts — or ignite a final betrayal? 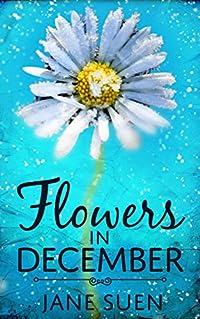 Flowers in December
by Jane Suen

A MAN GOES HOME TO BURY HIS MOTHER BUT FINDS HIMSELF.

Connor Norton returns to his hometown, following the death of his mother, knowing that he will have to confront personal feelings of guilt and regret. It is a place he has barely set foot in for the past 20 years.

Caught in the period of his life where the vibrancy of youth has diminished and the prospect of becoming middle-aged is looming, Connor finds that he is suddenly alone in the world and must somehow reshape his future and face his own mortality.

With only Tom, the family’s orange tabby cat, as his constant companion, he considers new possibilities and new directions. But will Connor be able to lay the ghosts of his past to rest? And will his return later, to the place he once called home, be enough to let him break free from the remorse which he has carried since he was 18?

In this tender, heartwarming portrait of a man who finds himself trapped between his past, his present and the future, where will this new journey lead Connor and what will the future hold when he gets there? 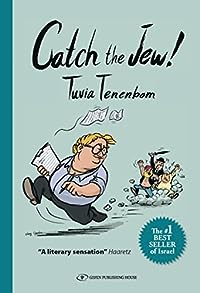 Catch The Jew!: Eye-opening education – You will never look at Israel the same way again
by Tuvia Tenenbom

Don’t miss out on Tuvia’s newest #1 book! Search for ‘The Lies They Tell’ and get it today!

Catch the Jew! recounts the adventures of gonzo journalist Tuvia Tenenbom, who wanders around Israel and the Palestinian Authority for seven months in search of the untold truths in today’s Holy Land. With holy chutzpah, Tenenbom boldly goes where no Jew has gone before, at times risking his life as he assumes the identities of Tobi the German and even Abu Ali in order to probe into the many stories in this strange land and poke holes in all of them.

From the self-hating leftists in Tel Aviv to the self-promoting PLO execs in Ramallah, from the black-clad Haredim of Bet Shemesh to the glowing foreign human rights activists in Beit Hanina, from Jewish settlers and the Christians who come from abroad to toil with them to ardent Jerusalem monks and Bedouins in surprisingly glorious shacks, Tenenbom takes on the people of the land, getting to know them and disarming them as he breaks bread and mingles with anyone and everyone.

Does Palestinian wife number one hate the Jews more than she hates wife number two? Who finances cash-rich NGOs pursuing a Judenrein Israel? Who sets Palestinian olive groves on fire and why? What is the emotional gravity that pulls idealistic human rights activists from other countries to Israel and only to Israel? Who are the flaming feminists who sacrifice their lives for the rights of polygamists? Whose land is this, anyway?

By turns poignant, enraging, and laugh-out-loud funny, this unique travelogue lays bare the intensity of this turbulent land in an unprecedented, eye-opening education, person by person, city by city, and meal by meal. You will never look at Israel the same way again.