A Dash Of Christmas Spirit

If you are wanting to get in the holiday spirit, maybe even get some cool decorating ideas, check out my Pinterest page on our little trip to West End Nursery by clicking here. Every year they decorate the nursery with sixty or so themed Christmas trees, and transform their shop into a magical Christmas house. I took about ten thousand pictures. I just couldn’t get enough of the place. If I had the time and energy I would love to do this to my home. But I don’t, so I won’t. I will just visit these guys each year. Enjoy! 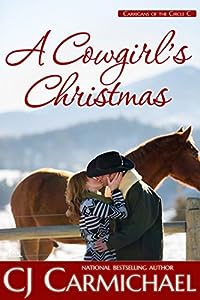 A Cowgirl’s Christmas (Carrigans of the Circle C Book 5)
by C. J. Carmichael

This Christmas is she going to lose her ranch?

For years Callan Carrigan has been her father’s right hand man, so when her dad’s will names city slicker Court McAllister the new owner of The Circle C Ranch, Callan feels betrayed on every level.

Then she and her sisters find their mother’s diaries, hidden from them by their father since their mother’s accidental death 18 years ago, and the shocking revelations explain a lot. Reeling, Callan seeks refuge in the local saloon, where it seems no one can reach her, until Court offers her a challenge.

If she agrees to be foreman at the Circle C for one year, he’ll deed the ranch back to her and her sisters. The deal seems too sweet at first — until Callan realizes Court has his eyes on something she protects even more than her family’s land — her heart. 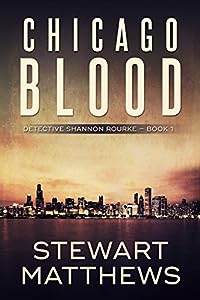 You can’t bury the dead without digging up the past.

What was another murder in Chicago?

A dead man clutching a pint of whiskey on the Ashland Avenue sidewalk wasn’t new. It shouldn’t have been enough to keep troubled Detective Shannon Rourke and her brother from making their escape to Sweden.

Shannon’s plan to put half a world between herself and her checkered past in Chicago is already rolling when she arrives at the crime scene, ready to pass the case off to another detective.

But she didn’t expect the victim to be her brother’s best friend.

When her ex-mobster brother hears about it, he gives her an ultimatum: stay and solve the case or he will. Now, Shannon is determined to leash her inner demons and finish the job, but if she fails, her brother will be the one to pay the price. 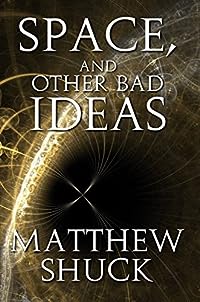 Space, and Other Bad Ideas
by Matthew Shuck, Jamie Shuck

An epic space adventure awaits four strangers who find themselves in the middle of an alien invasion of Earth. They must travel to the ends of Space and time to find a way to stop the aliens before all is lost. You’ll laugh, you’ll cry, and if you’re anything like George, you’ll probably end up concussed. 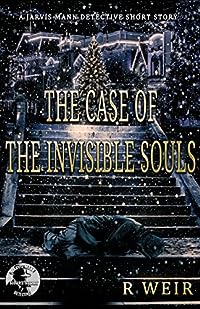 The Case of the Invisible Souls: A Jarvis Mann Detective Short Story
by R Weir

With Christmas a few weeks away and happy these last few months had been quiet, Jarvis Mann decides to take on an interesting case. A homeless veteran knocks on his door with a story of how several of his homeless companions have been bribed and taxied away never to return. Taking pause to the man’s story at first, Jarvis digs deeper learning of plans to clear out the homeless. When the man is attacked, and seriously injured, Jarvis goes undercover, learning more about life on the streets than he ever knew, becoming one of the Invisible Souls in search of an answer. 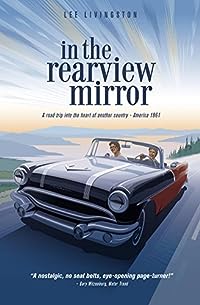 Not so long ago, two carefree 18-year-olds hitchhiked across a country of wide-open highways and wide-open people. Ride with them on this nostalgic look back at “America of the Big Heart.” It was 1961, before the deaths of JFK and MLK, before Vietnam. IndieReader calls their adventure out of adolescence into the beginning of responsibility: “A must read not only for the baby boomer generation, but great commentary on friendship, mental illness and, ultimately, the road towards redemption.”