Fans of Star Trek, Mass Effect and Stargate will feel right at home with this exciting, sexy, and action packed collection by Eddie R. Hicks. Enjoy! 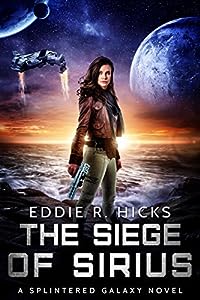 The dream to travel to the stars has become the nightmare to escape from them.

Rebecca’s passion for space exploration made her a captain. Living through an alien invasion made her strong enough to endure the harshness of the galaxy.

Rebecca has been given the opportunity of a life time, command of the ESRS Carl Sagan an exploration and colonization starship. She along with her trusted crew embark on an expedition to establish the human race’s most remote colony located in the heart of the Sirius system.

Upon awaking from their multiyear cryostasis sleep, Rebecca and her crew quickly discovers that what exists in the Sirius system isn’t what scientists had predicted.

Not even remotely close.

Their journey to the brightest star in the skies of Earth has now become a dreadful catastrophe with the potential to reach Earth if left unchecked. With innocent colonists at risk and no means of communicating with Earth, Rebecca must abandon her primary mission of exploration in order to take on a new one, survival.

This standalone spin-off adventure part of the Splintered Galaxy series. It is not necessary to read any of the other books to enjoy this. 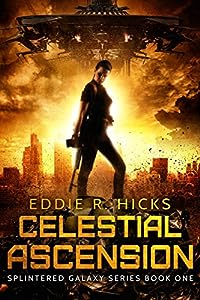 Extraterrestrials exist. Not all of them come in peace.

US Marine Chloe Vaughan was about to enjoy some much needed leave time with her friends and family in New York City. On one fateful afternoon, she receives a phone call that will change her life forever.

Canadian Army soldier turned drifter, Jake “Jazz” Johnson has one mission, turn his life around, start anew. All of that changes when an assassin duo from another world steps out of the shadows, tossing his life into chaos and fight for survival. A mysterious woman he met in Los Vegas holds the answers.

The human race is about to enter a historic moment in their evolution… Provided they can survive the trials which lay ahead. Only Chloe and Jazz and their ragtag group of acquaintances can lead humanity to victory – Too bad Chloe and Jazz don’t work well together.

Celestial Ascension is the first book of the Splintered Galaxy series a dark, sexy, provocative and gritty space opera for adults. 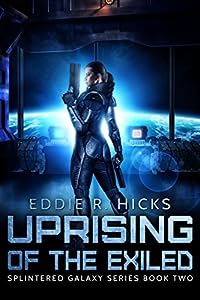 The human race has finally reached the stars. Too bad it may be our last achievement.

Twenty-two years ago, billions of lives were lost worldwide.

The Hashmedai Empire’s invasion of Earth was tenacious, fueled by the rage over Empress Y’lin’s loss of her son.

The Radiance Union, a collective of five races, offered the human race the last thing they expected from aliens — salvation.

Everything humanity wanted was granted years later: the removal of the Hashmedai invaders, cures to all known diseases, world peace, colonies on Mars and beyond, ships of their own to travel the stars, and protection from future extraterrestrial threats. A new golden age for the human race had begun.

And the Radiance Union wanted nothing in return.

As the Radiance fleet protecting Earth grew in size and their soldiers continued to patrol the cities of Earth, many people ask: Did humanity truly rid themselves of alien invaders? Or did they trade one invader for another?

A terrorist group made up of an unholy alliance of humans and surviving Hashmedai from the war accuses the Radiance Union of secretly controlling the new united Earth government. Several deadly terrorist attacks are unleashed with no end in sight, all targeting Radiance Union races currently stationed on Earth.

Not exactly the Earth that Maj. Chloe Vaughan of the Extrasolar defense force remembered when she returned. But it’s certainly a mess she and her friends are willing to clean up. 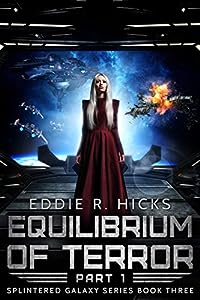 The fleet is gathering. The stakes are high. War is inevitable.

After their escape from Sol, Chloe, Jazz and the ragtag crew of the Silver Raven awake from their deep space cryostasis sleep in the Barnard’s Star system, unaware that the Hashmedai Empire under the influence of the Celestial Order stands on the brink of launching a second incursion of Earth.

This time Earth stands alone with only a fleet of eight warships.

This time there’s nothing Princess Kroshka can do to stop her mother and Empress of the empire to end the war.

Lucky for Chloe and Jazz, Barnard’s Star is the location of a major Celestial Order stronghold. Defending Earth might not be an option for them, but cutting off the head of the snake where it rests is.

While the UNE struggles to keep the empire away from Earth, Chloe and Jazz go their separate ways to disrupt all Celestial Order operations in the Barnard’s Star system.

And uncover a secret the human race was not supposed to learn. 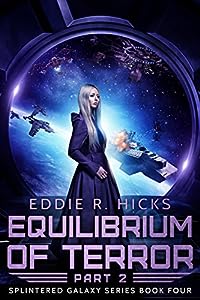 And now the conclusion.

Major Chloe Vaughan doesn’t know who she is anymore. Jazz is hanging on for dear life. The Crew of the ESV Winston Churchill is outnumbered and its squadron of fighters are outgunned.

The bad guys are winning.

Chloe must embark on a journey to return to Earth to organize and spread the truth about the Celestial Order’s plans to enslave the galaxy with their twisted ideas and false teachings. But she can’t do it alone, adversaries must become friends, new alliances must be forged and an armada of ships from the three galactic super powers must learn to work together rather than against each other to topple a common foe.

And that’d be the easy part. What’s the hard part? Not getting shot, stabbed, blown up, vaporized, or tossed out an airlock in the process.

The epic conclusion to the Splintered Galaxy series awaits.