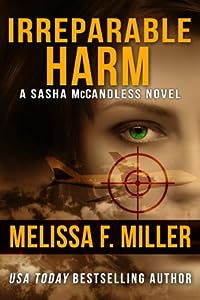 After eight long years, attorney Sasha McCandless is about to make partner at a prestigious law firm. All she has to do is keep her head down and her billable hours up.

When a plane operated by her client slams into the side of a mountain, killing everyone aboard, Sasha gears up to defend the inevitable civil lawsuits. She soon realizes the crash was no accident: a developer has created an application that can control a commercial plane’s onboard computer from a smartphone.

Sasha joins forces with a federal air marshal, and they race to prevent another airline disaster. But when people close to the matter start turning up dead, Sasha must rely on both her legal skills and her Krav Maga training to stop the madman before he kills her. 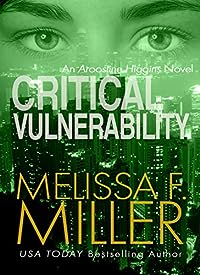 Note from the Author: This is a re-issued title; if you previously read Critical Vulnerability, please don’t buy this! It’s the same book.

When Aroostine’s past comes crashing into her present, her most critical vulnerability is exploited and she finally admits she isn’t simply suffering a string of bad luck.

An unseen enemy is determined to destroy her — and the only man she’s ever loved — unless she finds him first. 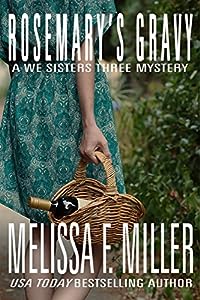 Rosemary makes the best of her situation, putting up with her boss’s diva antics and halfheartedly fending off the advances of the impossibly sexy stepson who comes with the high-paying gig. Then someone decides to kill the miserable movie star. It’s bad news for any chef when a client dies from an allergic reaction after eating your cooking. It’s even worse news for Rosemary because the police are determined to charge her with murder.

To restore her reputation (and stay out of prison), Rosemary has to find the real murderer–and fast. Her short list of suspects includes a womanizing race car driver, a powerful music producer, Hollywood’s hottest leading man, and, oh yeah, Felix, the dead woman’s stepson–which gets a little awkward when Rosemary starts dating him.

Unfortunately, everything Rosemary thought she knew is wrong–dead wrong.

After a romantic dinner with Felix ends in food poisoning, she finds herself unattached, unemployed, and once again on the wrong side of the LAPD. She knows how to salvage an oversalted sauce, but can she salvage the disaster that is her life? And will the hunky homicide detective help her–or book her?