Because I Am Wonder Woman

I am going to do about twenty minutes on the treadmill right now, because I know I will be eating a lot of very rich and delicious food. You heard me right! TWENTY MINUTES!!! Crazy how much I plan to do. That’s almost a full mile. Don’t be jealous. 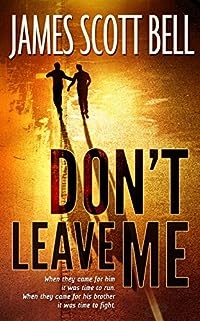 Chuck Samson needs to heal. A former Navy chaplain who served with a Marine unit in Afghanistan, he’s come home to take care of his adult, autistic brother, Stan. But the trauma of Chuck’s capture and torture threatens to overtake him. Only the fifth graders he teaches give him reason to hope for the future.

But when an unseen enemy takes aim at Chuck, he finds himself running for his life. And from the cops, who now think he might be a murderer. A secret buried deep in Chuck’s damaged soul may be the one thing that could save him. But can he unearth it?

Now, needing to protect his only brother from becoming collateral damage, Chuck Samson must face the dark fears embedded in his mind and find a way to save Stan… or die trying. 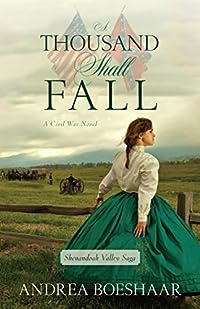 A Thousand Shall Fall (Shenandoah Valley Saga)
by Andrea Boeshaar

Nineteen-year-old Carrie Ann Bell is independent and spirited. The only thing she really fears are the Union soldiers fighting against her Confederate friends. When her youngest sister runs away from home, brave Carrie Ann is determined to find her and bring her back. Disguised as a soldier, she sets off–only to find she’s fallen into the hands of the enemy.
Her childhood friend Confederate Major Joshua Blevins has warned her against these Yankees: they’re all devils, ready to inflict evil on unsuspecting young women. When Colonel Peyton Collier arrests her for her impersonation of an officer, it seems to confirm all her fears.

Soon, though, she finds herself drawn to the handsome, gallant colonel. He rescued her, protected her, and has been every inch the gentleman. Carrie Ann discovers that her foe has become her ally–and more than that, someone she could love. But the arrival of Joshua in the Union camp as a spy will test her loyalties. Will she protect someone who has been like family or be loyal to this stranger to whom she wants to offer her heart? When her world is being torn apart around her, whom should she trust?

Set against the backdrop of the American Civil War, A Thousand Shall Fall is framed around compelling characters and a very romantic setting in Virginia’s Shenandoah Valley. Andrea Boeshaar’s extensive research guarantees historical accuracy and romance genre enthusiasts and Civil War buffs alike will enjoy the Christian perspectives on actual historical events. 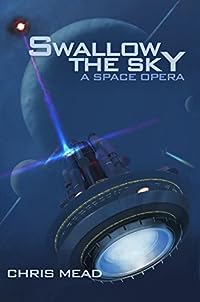 Galactic culture is still reverberating from the nanotech disaster that destroyed Earth. But this is ancient history to Carson, an inter-stellar mailman and a collector of antique technology, until he learns of the secret location of Earth’s lost treasures. Carson is not alone in his discovery and becomes embroiled with a wealthy megalomaniac determined to capture the bounty for himself. As their race across the galaxy accelerates it becomes chillingly clear that far more is at stake than ancient artifacts, leading to the protagonists’ final confrontation in the ruined kingdom of Sol.

Swallow the Sky embodies the essence of classic science fiction: real science, adventure, high spirits, and above all, a sense of wonder. 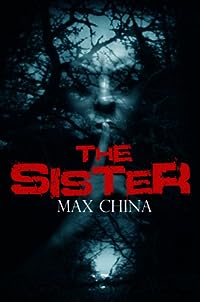 The Sister: A gripping crime, mystery and suspense thriller
by Max China

CORNWALL, ENGLAND. In the summer of love, 1967, two children witness a murder. One, a seven-year-old boy, views it from fifty yards – the other, a young Irish girl, from miles away.

LONDON, 2006. With retirement looming, DCI John Kennedy reopens the only case he never solved: the disappearance of a young nurse, Kathy, twenty-three years earlier. A Crimewatch cold-case reconstruction follows, tracing Kathy’s last known movements. A new witness emerges, and Kennedy, finding himself on the trail of a serial killer, unwittingly sparks a sequence of events which lead him into ever-increasing danger.
As the investigation unfolds, it becomes apparent that the murderer is no ordinary adversary. Resourceful and cunning, it seems only the original witnesses from 1967 can stop him.
But they have yet to meet.

A gripping and compelling story, this epic tale is a must for readers who love non-linear plots in their reading. With many twists and turns, this crime, mystery and suspense thriller veers through many other genres, including psychological and paranormal, a blend which is sure to keep you guessing until the end! 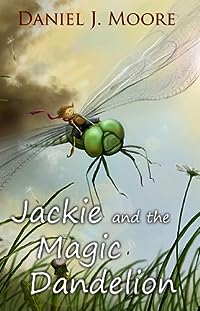 Jackie and the Magic Dandelion
by Daniel Moore

Jackie’s old life ends and her new adventure begins when an ill conceived wish to be as tiny as an ant sends her spiraling through the stars and into an amazing world she never expects.

She spends the next week riding dragonflies, sailing homemade boats past hungry goldfish and giant frogs, fighting battles to save underground ant cities, climbing trees on huge wooly caterpillars and searching for deadly Black Widow spiders, all in her quest to fix her mistakes and find her way back home.

When Stinger, a deadly wasp, and his swarm of bullies show up and cause trouble for everyone, Jackie must team up with her new friends, Drago the dragonfly, Anton the ant and her reluctant hero, The Mantis, to stop them from taking over the park. If she fails, she’ll never make it home again.