I am happy to say we survived Christmas. Sort of.  Half of my friends and family were sick as dogs. The other half are waiting their turn. Thankfully I am in the second group and I was able to enjoy Christmas, the festivities, and all the great food. My partner in crime was sick for four days and missed all the food completely. Hubby didn’t fair too well either. I felt bad for everyone, but it was kinda nice not having any competition for the pumpkin pie. I didn’t even have to stab anyone with a fork. I know my time will come, but the pie will be gone by then anyways. I knew when hubby was starting to get sick when he came home from the store with the store’s shopping basket. So now I am looking for the signs for when I do something weird like that. I am wondering if I should clean the house really good before I get sick, so I will have a clean place to be miserable. I also have to figure out how to get that basket back to the store without getting caught. There might need to be a late night drive. 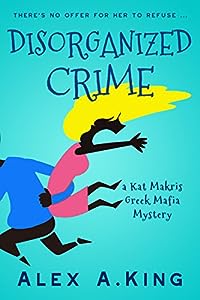 There’s no offer for her to refuse…
Kat Makris was a little girl when her father spun wild and outrageous bedtime stories about Baboulas, the Greek boogeyman, a lawless creature with a penchant for stealing gold and clashing with the gods.

Now Kat is twenty-eight, single, a couch potato in a cube farm, when her father goes missing. Without him, she’s alone in the world. Before the police can work their mojo, she herself is abducted by a couple of hoods with crooked noses, and she quickly discovers her father’s old stories were true — true crime, that is. Baboulas is an infamous mob boss in Greece, and Baboulas is the one who has Kat holed up in a private plane bound for Greece.

Now, to find her father, Kat must face the boogeyman… 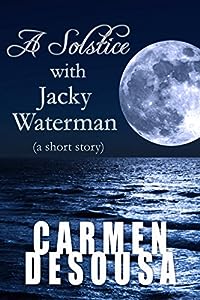 Note: A Solstice with Jacky Waterman is a 5000-word short story. This sweet fantasy takes less than an hour to read, so you can enjoy a quick escape with your coffee, over lunch, or before you fall asleep.

Ten years ago, Sirena left her family, her way of life, and her crown. Now, she wants to go back. But what if the prince is still waiting for her?

The king dispatched him to bring her home, but J.W. didn’t plan to fall for her. If he lets her go, it might start a war. If she returns home, though, she might start one. 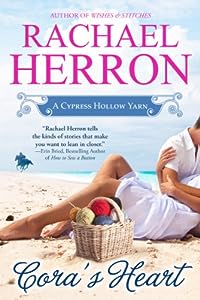 A FULL-LENGTH STANDALONE, a great entry into the world of Rachael Herron’s sexy and hilarious books.

From international bestseller Rachael Herron, comes a book too delightful to put down: Cora has been hurt too many times, and by one man in particular. Abandoned by her mother and widowed in her mid-twenties, Cora Sylvan has learned the hard way that you should take nothing in life for granted. So everything is planned out to the last degree – from how to run her farm on a shoestring to how to survive a major earthquake.

Unfortunately, there’s nothing in those notes to cover the return of the infuriatingly handsome Mac Wildwood, her husband’s cousin, the man she loved and lost. And Mac, it seems, has a secret plan of his own up his sleeve. Cora Sylvan safeguarded everything – but she didn’t protect her heart…

Relationships are at the heart of women’s fiction, and Herron could teach a master class on creating them. Chicklit Central

This heartwarming, hilarious, and red-hot contemporary romance will leave you wishing for a marina view of your very own. From sisters to second chances, this small-town romance will make you laugh and cry. Herron’s characters are grounded and relatable, but her twists and turns leave you satisfied as a reader. For a good time, pack this beach read on your vacation!You’ll love this book. 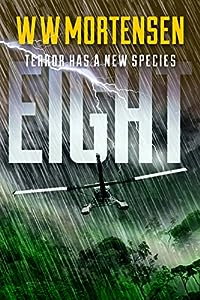 EIGHT: Terror Has A New Species
by WW Mortensen

TERROR HAS A NEW SPECIES

Deep in the Amazon, the solution to the global energy crisis has been found; a mysterious source of power set to end our dependency on oil.

When she receives stunning photographs related to the discovery – courtesy of expedition leader and former partner, Ed Reardon – entomologist Rebecca Riley finds herself on the next flight to Brazil, heading down to join the team of scientists assembling there. She hasn’t seen Ed for more than a year, and their relationship hadn’t ended well.

But his revelation is impossible to ignore.

What she and Ed uncover is beyond imagination: strange statues in the jungle… a ruined city built by the refugees of a lost Pacific continent… and a terrifying new species of animal.

It is an ancient enemy, one whose very existence has implications for all of humankind… and the planet itself. 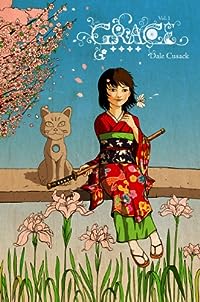 Grace and the Drawl (The Grace Trilogy Book 1)
by Dale Cusack, Dennis Ma

Have you ever wondered what animals can see that we can’t?
For fourteen year old Grace it is no secret. She sees the nightmarish creatures that inhabit higher dimensions. Creatures that secretly feed on people, her parents her friends. Grace is not alone in seeing these monsters, however, cats not only see them but they are our only protection from the menace attacking us.

Grace’s adopted stray Boot, knows Grace is special and can see the creatures, now he wants her help in the fight against the Drawl. Grace is transported to Boot’s world where cats are waging a war against the enemy.

Grace is no hero, however. She is too small and weak, bullied and timid she struggles to find herself. Will Grace survive long enough to return to her own world? Or will she be another casualty in the battle to survive?