Author BR Kingsolver has created a world that is rugged, violent, and vastly intriguing. Ms. Kingsolver tells a tale of a broken-down society, trying to rebuild itself despite its troubles. With more twists and turns than a roller coaster, this exciting series is sure to get you hooked. Enjoy! 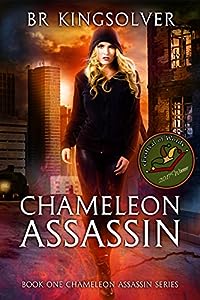 Libby is a mutant, one of the top burglars and assassins in the world. For a price, she caters to executives’ secret desires. Eliminate your corporate rival? Deliver a priceless art masterpiece or necklace? Hack into another corporation’s network? Libby’s your girl.

Climate change met nuclear war, and humanity lost. The corporations stepped in, stripping governments of power. Civilization didn’t end, but it became less civilized. There are few rules as corporations jockey for position and control of assets and markets.

In the year 2200, the world has barely recovered the level of technology that existed before the ice melted and the subsequent wars. Corporate elites live in their walled estates and skyscraper apartments while the majority of humanity supplies their luxuries. On the bottom level, the mutants, the poor, and the criminals scramble every day just to survive. 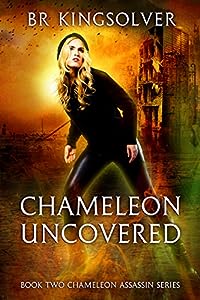 The dark sequel to the best-selling Chameleon Assassin.

Libby has a chance to build a legitimate reputation when she’s hired by one of the world’s most prestigious museums to bolster their security. The gig is in Chicago, where her heartthrob lives, so she hopes for a little romance.

As an assassin and thief, she’s on a first-name basis with larceny, mayhem, and death, but Libby’s not used to being on the receiving end. Chicago is far darker and more dangerous than her native Toronto. Amidst terrorist bombings, stolen treasure, and murder, a mutant prophet calls for revolution. Away from her family and friends, Libby has nowhere to turn as enemies assault her from all sides.

Their mistake. Libby is a dangerous enemy. 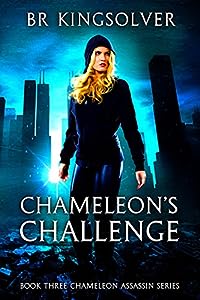 Libby’s chameleon mutation has led to a lucrative career as a thief and assassin. She normally doesn’t worry about the comfort of corporate executives, but when she stumbles onto the grisly murder of a rich man’s mistress, it gets her attention. The murder leads Libby to believe her best friend’s life is in danger, and she vows to protect her.

The killings continue, some in broad daylight, but no one ever sees the killer. For a chameleon assassin, the scenario feels uncomfortably familiar. 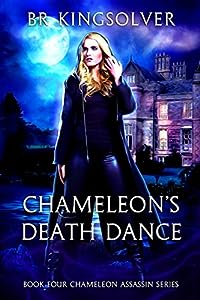 Even a chameleon can be a target.

Libby makes her money as a thief and an assassin, but a girl has to have a cover. To her surprise, her business installing security systems in 23rd century Toronto is taking off, as is her romance with Wil — North America’s top cop.

Then an insurance company hires her to recover a fortune in stolen art and jewelry. Bring them the stolen goods and they’ll pay an outrageous fee, no questions asked.

The Vancouver art scene is hot, in more ways than one. Billionaires compete for bragging rights, and they aren’t picky who they deal with.

With big money and reputations on the line, Libby is on a collision course with the super-rich. When too many questions make the art thieves uncomfortable, one of the world’s top assassins is hired to eliminate those who know too much — including Libby.