The recipes are conning in, I am baking away, and I am finally posting them on Book Basset on the new Recipe tab you will find in the header on the Home Page. You can also just click here to go straight there.  It’s been fun baking new cookies and treats, but I am going to have to do some serious cardio to balance out all the eating I have been doing. It’s even a bit much for me. I did do quite a workout last night though, that I think should make up for it. Once again I was the only person in that class last night, and all that one on one attention killed me again. My partner in crime is still in Canton Ohio with the family, so she wasn’t there to take some of the attention off of me. Thank golly all the coaches are so nice at that place. They never yell at me because I am pushing myself and trying as hard as I can. I have been to enough gyms with coaches that yell, and just found it unnecessary. I am a nice person. Don’t yell at me. 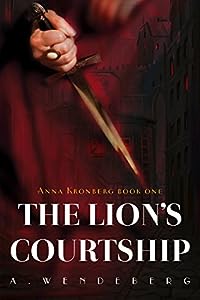 Anna Kronberg lives in Victorian London’s worst rookery, offering medical treatment to prostitutes, vagrants, and criminals. To her, plugging holes and mopping up blood is normal. Stitching the slashed face of a young prostitute is not. Witnesses refuse to talk. The police can’t be bothered with yet another injured whore. But whispers are spreading about a man who pays well for a few harmless knife marks.

No one dares reveal the man’s identity. Only Garret O’Hare – a thief Anna barely knows – reluctantly agrees to help her investigate the assault.
But when the injured girl disappears, a veil of silence descends upon the slum. And Anna learns that she is no longer the hunter, but the hunted.

Warning: medical procedures, poverty, and prostitution are depicted without apology. 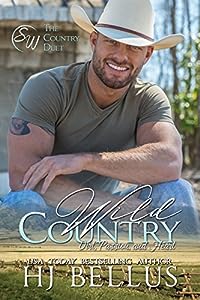 A heart-warming tale based on a true story.

Some have it all.
Hunter Yates truly does.
He’s humble and kind, even though he has it all. It’s his small town roots that keep him grounded. He’s a simple man from a small town with a heart of gold. Perfection carved from beauty.

As he sets off in the world, it’s his humble beginnings that keep his boots planted on the ground. Hunter finds himself amidst a toxic relationship. He struggles to get out of it, but it’s his heart that keeps him from letting go.

All he ever knew were the ways of Sweetwater Ranch, until the day he left for college. The world is a brutal place and his heart and soul are one and the same with the wild country. A ranch boy, who has everything, but gives everything at the same time.

When it’s time to decide, does he go with his heart, or the worries of everyone else?

Buy Wild Country and discover the beautiful in the world. 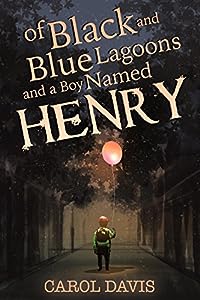 Everybody needs a friend. Eleven-year-old Billy Patterson and his little brother Charlie certainly understand that — until they meet Henry, they’ve got no one to hang out with but each other. Henry loves to explore, and the Patterson boys are more than willing to join him on his adventures. It’s the best possible way to spend a summer.
But there are problems: The boys have been told to stick close to their grandfather’s home. And, well… Henry’s not a typical little boy.
He’s a ghost. 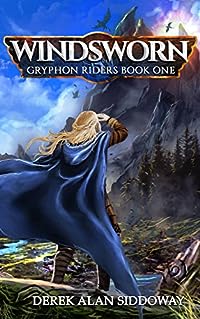 Eva has never swung a sword. She’s never flown through the open sky on a gryphon or dreamed of being a hero. She’s content with a quiet life — two feet firmly on the ground, working in her foster-father’s forge. But that’s all about to change.

When Eva discovers a young thief hiding in her woodshed with a stolen gryphon egg, the shy, timid girl is forced to leave everything she’s ever known to become Windsworn — elite warriors who ride fierce gryphons into battle. As she struggles to learn the ways of the Windsworn, Eva finds herself caught in a plot to destroy the gryphon riders and plunge the kingdom into war, a plot that somehow involves her deceased parents.

In the face of growing danger, can Eva conquer her fears and unravel the secrets of her past in time to save the Windsworn?

Fans of Eragon, Harry Potter and the Dragonriders of Pern will love this fast-paced coming of age fantasy, set in a world of majestic gryphons and ancient magic. 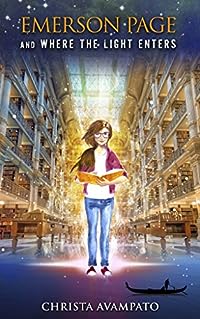 Emerson Page and Where the Light Enters
by Christa Avampato

Thirteen-year-old Emerson Page wants to know what happened to her mother, Nora, a world-renowned anthropologist well-known for her research on ancient cultures and languages. Five years ago, Nora was found on the steps of the Metropolitan Museum of Art. “We’ve never seen anything like it,” said the NYPD. “It’s as if she just fell asleep on the steps of the museum and never woke up.” And with that, the police gave up their search for answers.

But Emerson didn’t. Her journey to discover the answers about her mother’s mysterious death takes her deep below the streets of New York City on a dangerous adventure into a magical world of books. There she learns the stunning truth about her mother and her own destiny to continue her mother’s legacy.
Time is running out. An alarming threat looms large and too close to home. With the very existence of human imagination at stake, can Emerson find the strength to fulfill her mother’s final wish before it’s too late?