I know this is more of a book blog, but I often want to share things other than books, such as recipes. A bunch of you had sent me some wonderful recipes to try out, and I am in the process of trying each recipe and testing them out on my family and friends. I finally got my act together and posted the first recipe for the rest of you to enjoy.  I will be adding more of course. I am trying to keep them from popping up on the email that I send out daily, because I do want to keep that strictly books. I should be posting a few more recipes today. Look for the “Recipe” tab on my homepage in the header. You can also click here to get there.  My oldest wasn’t too thrilled with the title of the tab, and he was coming up with a few awesome ideas of his own. I might use them, but for now I am just going to keep it pretty basic until I figure out exactly where I am going with it. As always I am happy to get everyone’s input. 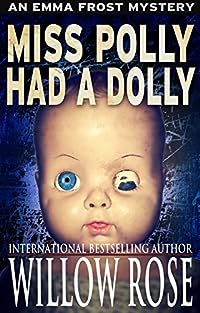 Not for the faint-hearted

Miss Polly had a dolly. A beautiful daughter that she called her Baby Doll. Every day she dressed her in cute outfits and brushed her hair before they went outside to show off to the neighbors. On the playground, one day her Baby Doll talked to a boy, and for one unforgivable second, Miss Polly let herself be distracted by a woman telling her how adorable she thought her daughter was. When Miss Polly finally turned to look at her Baby Doll again, she was gone.

Many years later Emma Frost hears about the disappearance of the little girl and learns that she is not the only one to have gone missing from Fanoe Island back in the nineties. As she digs deeper into the story, she soon finds herself entangled in a web of strange and disturbing events.

Miss Polly had a Dolly is the second novel in Willow Rose’s Best-selling series about the Danish author Emma Frost. 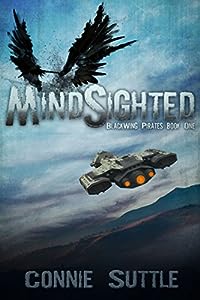 In or out of the Alliances, sorcerers and necromancers are considered a myth–until a single, shadowy figure brings those myths to life.

In or out of the Alliances, nobody is prepared for that…
The BlackWing Pirates, a fleet of space cruisers that form a secret branch of the Alliance Security Detail, discover what a myth-come-to-life is capable of doing when this sinister aberration begins a slow and deliberate attack against the upcoming Joint Alliances Conclave.

In the ensuing chaos, where deaths are unexplained and the impossible becomes possible, the BlackWing Pirates’ most effective weapon turns out to be a blind clairvoyant, who sees better than anyone when his eyes are closed… 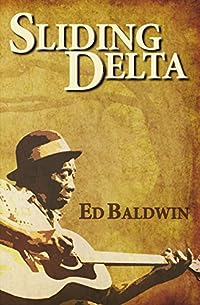 Seeking authenticity when he discovers his entire privileged life was based on delusions and lies, a 60’s white college boy goes on a quest to find legendary musician Mississippi John Hurt and learn to pick the Delta blues. He finds bedrock truth south of Memphis.

“Delta blues taste like sweat and cheap whiskey; smell like jail; sound best in a concrete block club with no windows, set back along the river where there’s no law after dark.” 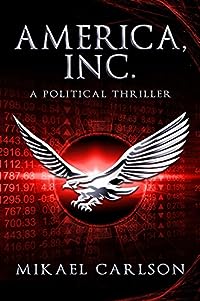 Award-winning author Mikael Carlson blends the intrigue of Game of Thrones with the omnipresent government surveillance and public manipulation of Orwell’s 1984 in the first of this epic series of novels.

America, Inc. introduces us to the world dominated by the corporate state: a terrifying look at a future where people are dependent on the system for everything. There is no crime, unemployment, war or poverty. The only sacrifice that is required is the one that matters most – your freedom.

Born from the ashes left by the collapse of world governments, the world in 2088 is eerily similar to the present – surveillance, propaganda, greed, and opportunists seeking to seize the reins of power for their own benefit. Through manipulation and deceit, corporations exploit their workers for profit all to the benefit of the 1% who have become an all-powerful elite class.

Now a great struggle is erupting and the long-forgotten meaning of liberty hangs in the balance. When the two sides clash, which side will you choose?

“Mikael Carlson has jumped into the subject of the corporate state head first and the result is a masterpiece.” — Ray Simmons for Readers’ Favorite

The battle for the fate of humanity is about to begin…

In 2088, sixty years after governmental mismanagement brought on a global economic collapse that brought the world to the edge of oblivion, a new society has risen from the ashes – one dominated by corporations who serve a powerful elite class. In Manhattan, an underground group of terrorists aims to cripple the world’s financial market to destroy the system and plunge the world back into darkness. Egos clash and opportunists seize their chance for power as the race against the clock to save the world from another catastrophe in this political thriller. 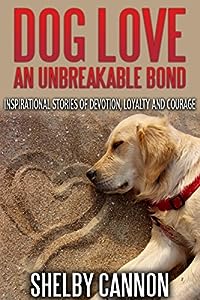 The bond between humans and dogs is more intense than our bond with any other species?there’s not even a close second. Dogs are more than just a pet; they are trusted companions. They help us hunt, guard our homes, look after our livestock and even our children and, over time, do so many useful and wonderful things that it boggles the mind.

This compilation of heart-warming dog stories illustrates the pure love of these amazing creatures, including extraordinary instances and first-hand accounts of bravery, friendship, loyalty, devotion and companionship down to their very last breath.

There’s a reason we call them man’s best friend. No matter the situation, your dog is happy to see you. You are greeted with the same enthusiasm each and every time you walk in that door. A dog has the ability to live in the present moment. They don’t regret the past or worry about the future.

While we often ask so much of them, they require almost nothing in return. You can ask your dog to chase a Frisbee, take a nap on the couch, herd some sheep, or run around a show ring and he’ll do it, happily, for hours on end. He only wants to be fed, and told he’s good, and most of all loved. If a dog has love, he really needs nothing else.

In the presence of a dog, somehow, nothing else matters. A dog is handing out pure love, sparing no expense, and asking absolutely nothing in return. Perhaps American Humorist Josh Billings said it best: “A dog is the only thing on earth that loves you more than he loves himself.”