I think Little Junebug is finally housebroken. No..stop cheering. I didn’t say she stopped peeing in the house. I said she is housebroken. She knows exactly where she needs to go pee, and the signal to get my attention. Now she just uses peeing on the carpet as a form of communication/ threats. For example, when she wants to play with me and I am too busy doing something else, a sure fire way to get my attention is to do that little sniffy around in circles thing she does right before she pees. She wants a treat, but I’m not giving it to her… sniffy circle sniffy circle. What the double hockey sticks is this?? My puppy controls me like a puppet!! I saw a tiny monkey with a diaper on that would fit Junebug perfectly. I am going to buy a box of those things and then we shall see who is in control. 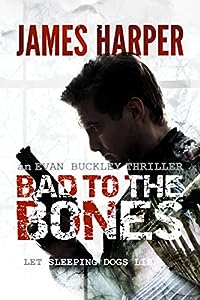 What would you give, how far would you go, to find a lost child and redeem your soul? And will it ever be far enough?

Ten years ago, Linda Clayton’s son Daniel disappeared. The love and support of her husband Robbie was all that kept her sane — until the day he ran away. Makes you thankful you’re not Linda Clayton.

Wise-cracking, street-smart PI Evan Buckley thought his problems were bad enough. When his latest case ends in disaster, he’s at the end of his tether — until fate throws him headlong into Linda Clayton’s desperate world and a long-dead investigation that everybody wants to stay that way.

But Evan never does what everybody wants, and he vows to uncover the truth — and in the process kick into touch the demons that come to torment him every night.

As the suspense ratchets up, he’s caught in a desperate fight for his life with a stone cold killer who will go to any lengths to protect his secrets…
With action-packed twists and turns and a pace that doesn’t let up until the thrilling conclusion, Bad to The Bones is a brilliant start to a gripping new crime series from James Harper.

Bad To The Bones was previously published as Cruel Comfort/In Cold Blood. 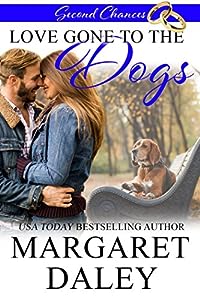 Single mom, Leah Taylor, has her hands full with a grandfather, an inventor, who lives a bit risky when it comes to his job and two sons, one a rambunctious genius. But it is her free spirited beagle who gets her into trouble with her new neighbor, Dr. Shane O’Grady, when her dog makes a move on his champion bichon that he wants to breed.

Leah and Shane clash over their dogs that clearly like each other. Leah is determined to ignore her neighbor, but when her youngest son who tries to defy gravity and fly ends up hurt, it is her neighbor, the doctor, who takes care of her son. Can Leah and Shane find love or has love gone to the dogs?

Excerpt from Love Gone to the Dogs

When Leah Taylor heard the pounding on her front door at seven o’clock in the morning, she jumped, nearly sloshing her coffee all over her hand. Did burglars now announce themselves before stealing a person blind? No one else in his right mind would be out visiting at this time. Carefully, so as not to spill the hot brew, she placed the mug on the kitchen counter and made her way toward the insistent pounding that she was sure was waking up the whole neighborhood.

She peered out a narrow slit in her mini blind and saw an enraged, huge man standing on her front porch with a shredded newspaper in one hand. The other was clenched at his side. He wore practically nothing except a pair of jean shorts. He stepped back and glanced around, clearly not happy that no one had answered his summons.

Backing away from the window next to her door, Leah nervously chewed the end of one of her acrylic nails. The man looked familiar. She was sure she had seen him in the yard across the street. He had to be a neighbor. But why was he welcoming her to the neighborhood at such an early hour, and with an angry expression on his face? She had been here only a few days, and her family hadn’t done anything yet to upset the delicate balance of this small town. Or had they? She thought back over the past few days of almost nonstop unpacking. She had been too tired to even venture from the house much, and the same went for the rest of her family — she hoped.

When the pounding started again, she was so surprised by the sound that she bit through the end of her new acrylic nail. Well, now he was making her mad. Without thinking, she yanked open the front door and prepared to confront the man who had the nerve to pay her a call at seven o’clock in the morning.

“Look what you made me do!” Leah held up her hand. “I’ve tried everything to grow my own nails long, and nothing’s worked. I finally decide to get fake ones — that I might, by the way, tell you cost me forty dollars — and look what your pounding has done. They haven’t even lasted one week.” She blew out a deep breath, then brushed her bangs away from her face in frustration.

His dark eyes widened, and his mouth dropped open. He started to say something, but decided instead to allow his gaze to trek downward slowly — way too slowly for Leah’s peace of mind. A blush leaped into her cheeks as she remembered her skimpy attire. She controlled the strong urge to try to stretch her large, white T-shirt until it covered more than the tops of her thighs. When his survey stopped at her bare feet, her toes wiggled as if they had a will of their own.

She felt practically naked under his intense look. While he was staring at her, she began at his bare feet, which were braced apart in a stance that conveyed his anger, not one toe wiggling. Her gaze traveled upward over long legs that probably belonged to a runner, to narrow hips that the jean material hugged nicely. She paused ever so slightly at the washboard ripples in his flat stomach and came to the decision that the man worked out religiously, something she religiously tried to avoid. Her impression of his being an exercise freak was confirmed when he 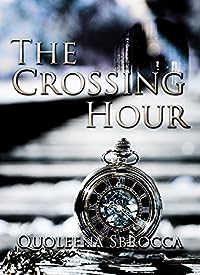 “I have no hankerin’ for thrills if needs be sought in the heavens. I shall keep my feet firmly planted in contentment.” – Harriet, The Crossing Hour

“I shall yield a rifle of fury, loaded with the justice of time and the raging storm of my soul!” – John, The Crossing Hour

In this debut novel, time travel is a naturally occurring phenomenon. The aged scientist, Stanley Graf, has discovered it in a planetary black hole in northern Delaware. He appoints his granddaughter Leigh to await the latest event. One traveler appears: a 28-year-old runaway slave from the 19th century. Leigh and her family serve as her guardians and slowly introduce her to the 21st century.

When John, a young, mysterious man arrives from rural Pennsylvania, Leigh and her brother Stan try to balance their duty to Harriet and the past with the actions of the peculiar gentleman. As they realize there is more to their grandfather’s research, they work to uncover the secrets their family is keeping from them. 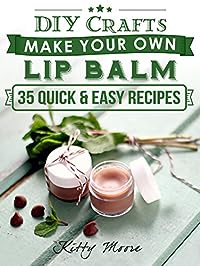 Make your own lip balm at home even if you have never done it before!

Imagine having a full list of 35 different lip balm types and flavors and being able to make them whenever you want!

What if you could make the perfect lip balm for every occasion, and even sell them because they are so awesome?

Multi-time best selling arts & crafts author and influencer, Kitty Moore, presents the most popular and best selling DIY lip balm book on Amazon. It is so popular now that millions of Kitty’s fans are making their own lip balm for their own lip types or special occasions. They are also saving tons of cash by not buying lip balm from the store and some are even selling their creations on Etsy and making money!

Are you tired of your dried out, chaffed, and scaly lips?
Are you interested in creating your own cool, tasty lip balm?
Do you want beautiful, moisturized lips, but nothing you buy from the store works?

This is the 2nd edition of my book and after months of feedback and editing, my team and I have produced the best collection on Amazon of popular DIY lip balm recipes!

• Images included with every lip balm recipe, so you can learn faster and see the finished products before beginning.

• A massive list of recipes, each with special key ingredients for different purposes and effects.

• Comprehensive step-by-step instructions for each recipe, so that anyone can follow along (even absolute beginners).

• Kitty’s personal email address for unlimited customer support if you have any questions.

FREE BONUS INCLUDED: If you buy this book TODAY, you will receive a FREE DOWNLOAD of Kitty Moore’s best selling book, DIY Crafts: The 100 Most Popular Crafts & Projects That Make Your Life Easier.