I have zero patience right now. None. My partner in crime and I made all these awesome lip balms, lotion bars, and candles we made from our bees wax, as well as the honey, and I want to give it to my friends and family now. I don’t want to wait until Christmas for them to enjoy it. I guess there is no reason why I couldn’t give it to them now. Except for a few people, I wont be there on Christmas morning watching them open the gift up. YESH!! I just solved my own dilemma. 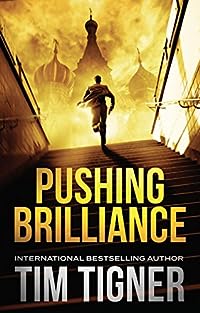 HE DIDN’T DO IT.
He really didn’t.
But proving it,
will be a killer.

Framed for murder and on the run, former Olympic biathlete Kyle Achilles is also in the crosshairs of assassins’ guns. Why? He has no idea. He’s fighting blind against two master strategists and one extraordinary invention–known as Brillyanc.

Achilles’ only ally is the other prime suspect, a beautiful Russian mathematician who is either the best or worst person to ever enter his life. Katya was engaged to Achilles’ brother — before he died.

Chasing clues while dodging bullets, Achilles and Katya race around the globe, uncovering a conspiracy conceived in Moscow, born in Silicon Valley, and destined to demolish both the White House and the Kremlin. Along the way a lost soul finds purpose, a broken heart confronts forbidden love, and America gains a new hero.

Packed with heart-stopping surprises, paced by razor-sharp plotting, and populated with richly rendered characters, Pushing Brilliance will leave you breathless and longing for more. 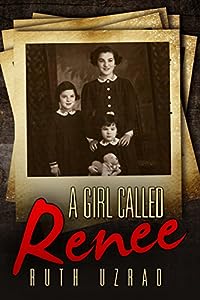 A Girl Called Renee: The Incredible Story of a Holocaust Survivor
by Ruth Uzrad

Terrified after her father’s arrest by the Nazis, Ruth flees to Belgium.

This is the unbelievable autobiographical story of Ruth Uzrad, a Jewish teenager whose life was turned upside down by the Nazi regime. After her father was arrested one night from their Berlin apartment by the Gestapo, Ruth’s mother sends 13 year-old Ruth and her two younger sisters out on their escape route across Europe by train to the safety of Belgium.

But then the Nazis also reach Belgium, driving Ruth into the French Jewish underground…

Later, when the Nazis conquer Belgium, Ruth and one of her sisters escape to France, leaving the youngest sister behind to be taken in by a Belgian foster family. Later, Ruth joins the Jewish underground movement in France and takes on a false identity and a new name, Renee. As an underground fighter, she participates in special operations aimed at rescuing Jews in danger. When the German police set out to arrest her, she manages to cross the border into Spain and eventually makes her way to Israel, where she makes her home and spends the rest of her life. 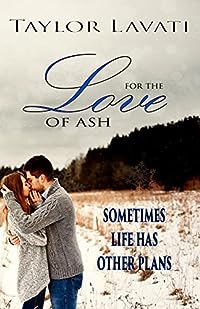 Maggie Larken is a reformed party girl. After her parent’s death, she’s left to raise Asher, her nine-year-old brother.

Luke Wilson has done everything his parents have ever asked of him. A new teacher, Luke constantly questions where his life is headed.

When Luke and Maggie meet, neither is in the market for a relationship. But sometimes life has other plans. Both navigate new waters as they try to decide where their priorities should lie, while also seizing what they want.

In this heartbreakingly real tale of love, Maggie and Luke discover what being a family truly means. 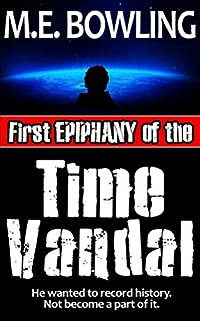 First Epiphany Of The Time Vandal
by M. Bowling

Dr. Elijah Snow wanted to record history, not become a part of it. But after stealing the T714 time-displacement craft from his US Air Force benefactors, he quickly found out that witnessing an event without participating in it was easier than it sounded.

Accompanied by his stubborn A.I. ‘Fuzzy’, Dr. Snow sets out to document the major historical occurrences which had always intrigued him. From the voyage of the Nina, Pinta and Santa Maria to the Battle of Austerlitz, he does his best to record without getting involved.

Invariably, though, he ends up becoming embroiled in these events, time and time again, never failing to leave his footprint on the pages of history. 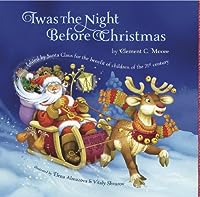 Twas The Night Before Christmas: Edited By Santa Claus for the Benefit of Children of the 21st Century
by Santa Claus, Vitaly Shvarov, Elena Almazova

Gold Medal Winner 2012 Moonbeam Children’s Book Award Best Holiday Book. 1st place winner for the Global International Best Christian Children’s Book. This colorful and bright edition was created for young readers in mind. Attracting global media attention, The BBC, The View, The Colbert Report, New York Post, Huffington Post and many others for what the Kirkus Review calls a legitimate editing of the reference to the pipe and wreath of smoke for the first time in the history of this the most famous poem in the English language. This is the edition that is credited with having Santa stop smoking after 189 years and for taking a small bite out of history. The public health sector, parents, educators and grandparents have applauded and welcomed the addition of this child friendly edition. Winner of 4 IBPA 2013 Benjamin Franklin Awards, including first place best cover, Moonbeam Children’s Book Awards 2012 Gold Medal best holiday book, first place at the Global International Ebook Awards best Christian children’s title, gold place for the Mom’s Choice Awards in 2013. The edition is the first in the poem’s 190 history to present Santa Claus as smoke-less. This small yet significant edit captured international media attention including the New York Post, Associated Press, NBC Nightly News, The Colbert Report and The View. The debate over the edit went to the airwaves,including the BBC, and National Public Radio. The book became a *bestseller on Amazon.com in both 2012 and 2013 with hundreds of positive reviews to its credit. Over 1,000 children aged 3-7 were interviewed about smoking and the result was that 98% of them wished no one smoked. This was produced with these children in mind. Positive reviews: Kirkus, Midwest Book Review,Resources Children’s Literature Journal.