I seem to have lost my holiday spirit. I have the sneaking suspicion it is under this HUGE pile of laundry. I have half a mind to hide chocolates in the pile and tell the baby bassets about the new game I just came up with. I could also just lie about the chocolates and save them all for myself, but then I would have to come up with a new game, and that gets harder and harder each time. I could throw a festive blanket on top of it and call it a holiday lounge blob. Junebug likes to burrow through things, so maybe I should let her play in it a while first and get her beans out while I think of ways to trick people into folding it. 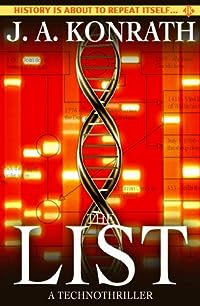 The List – A Thriller (The Konrath Horror Collective)
by Jack Kilborn, J.A. Konrath

A billionaire Senator with money to burn… A thirty year old science experiment, about to be revealed… Seven people, marked for death, not for what they know, but for what they are…
THE LIST by JA Konrath
History is about to repeat itself

THE LIST is a bit of a departure for Konrath, who is known for his Jack Daniels mystery series. It’s a technothriller about a group of ten people who each have tattoos of numbers on the bottoms their feet, and don’t know why.

One of them, a Chicago Homicide cop named Tom Mankowski, has had one of these strange tattoos since birth. When he investigates a violent murder and discovers the victim also has a tattooed number, it sets the ball rolling for an adventure of historic proportions.

To say more would give away too much.

Like the Jack Daniels series, THE LIST combines laugh out loud humor with serious suspense and thrills. 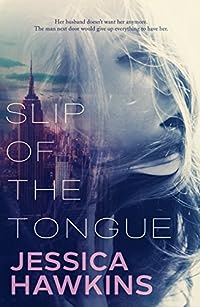 Her husband doesn’t want her anymore. The man next door would give up everything to have her.

Sadie Hunt isn’t perfect — but her husband is. Nathan Hunt has her coffee waiting every morning. He holds her hand until the last second. He worships the Manhattan sidewalk she walks on. Until one day, he just… stops. And Sadie finds herself in the last place she ever expected to be. Lonely in her marriage.

When rugged and sexy Finn Cohen moves into the apartment across the hall, he and Sadie share an immediate spark. Finn reveals dreams for a different life. Sadie wants to save her marriage. Their secrets should keep them apart, not ignite a blistering affair. But while Sadie’s marriage runs colder by the day, she and Finn burn hotter. 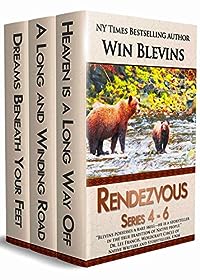 HEAVEN IS A LONG WAY OFF

Sam Morgan faces the most daunting task of his adventuresome life. It is 1827 and he, with the trapping brigade commanded by Jedediah Smith, has been expelled from Mexican California. Sam must make a trek to the Wind Rivers for the sake of his Crow wife and their infant daughter, Eperanza.

Nursing a broken heart, and in need of income, Sam rides to Santa Fe — and there he meets a beautiful widow. Soon after leaving, the herd of horses belonging to Sam and his companions are sold for a healthy profit. He returns to California to reunite with his daughter only to learn she has been taken captive in an Indian raid.

Sam’s desperate mission to rescue his daughter, their escape in a frail craft down a rampaging river, and their long trek home, is a harrowing tale told by a master of the historical novel.

A LONG AND WINDING ROAD

A decade has passed since Sam Morgan took up the rough-and-tumble life of a mountain man in the Far West. In those ten years, Sam has made his mark as a trapper, fighter, and survivor.

Distraught, Sam finds a mission for himself when he determines to find and rescue two Mexican girls, Lupe and Rosalita. They have been kidnapped from their village by Navajo raiders and spirited off into the New Mexico wilderness.

The search for the captive girls takes him deep into Navajo, Ute, and Blackfeet Indian territory, to Bent’s Fort in Colorado, near death at the hands of a companion, and finally to a surprise at the end of the trail, involving the missing girls and a trapper called Pegleg Smith.

DREAMS BENEATH YOUR FEET

Eighteen years have passed since Sam Morgan came West from Pennsylvania and learned the perilous business of trapping in the Rocky Mountain wilderness.

Now, in 1840, the world has changed. The fur trade has played out, and he must find other means to make a living.

Sam decides to return to California with his daughter Esperanza and start a new life. The great golden land holds a harsh memory, but friends convince him that his destiny, and that of his mixed-race family, lies on the Pacific shore.

Meadowlark’s uncle, Flat Dog, his family, and Hannibal MacKye, the half-Delaware Indian mountain man, join Sam and Esperanza for the journey west, where they hope to trade for a herd of Appaloosa horses to sell at a profit in California.

On the Oregon Trail, Morgan encounters a terrified woman, Lei Palua, who has escaped the clutches of a lunatic called Kanaka Boy, whose ruthless gang has been terrifying Indian villages in the Northwest.

Sam Morgan and his people take Lei Palua under their wing, unaware that her one-time lover, and now bloodthirsty nemesis, dogs her trail, vowing to kill her and all who stand in his way.

Will Sam ultimately find the solace he and his family yearn for? Live the dream! 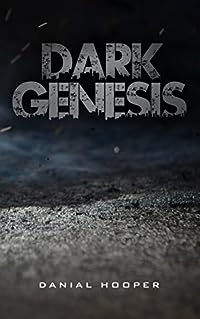 In the beginning, darkness came.

Salt Lake City is ground zero in the first entry of Danial Hooper’s Shadow and Shine series. A dark force of savage humans has decimated the population overnight. Will the remaining survivors fight back against the shadows? Or will they fail to unite and be consumed by the darkness?
This is the tragic beginning to humanity’s end.
Fast Paced.
Electric Action.

Join the movement as the momentum begins. 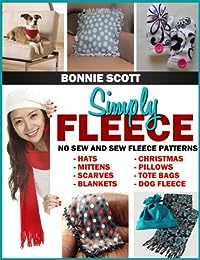 Over 30 quick fleece projects and crafts to make in an hour or an evening. With both no sewing and sewing fleece patterns, you’ll find apparel and accessory ideas for everyone in the family. From outerwear for all ages, clothing and home fashions to comfortable accessories for your pets and gifts for all occasions, this book of easy patterns is perfect for everyone from novice sewer to professional seamstress.