Today I am having just a few of my baby basset’s friends over to make a few Christmas ornaments. Just a simple little get together to have a little fun, make something festive, and have some cookies and cocoa. NOT a party and not huge. It’s still twelve kids, and it still makes me a bit anxious to pull this off perfectly. I purposely planned this to be a small thing, but I can’t help but feel anxious that I won’t be able to pull it off. Keep in mind these kids are super sweet and are happy to just come over and play. I don’t even really have to anything planned. I know I wont be able to relax until every kids has a full tummy, a cute ornament and out the door back to their family. Of course then the real panic begins. There are only a few days left until Christmas. Maybe I will leave that panic for after a nap.

Girl on a Swing (Wounded Bird Book 1)
by Bella Roccaforte

Sometimes the road to love takes a detour…
It’s been 10 years since Wren’s parents were killed in a car accident, leaving her and her brother behind. Wren’s life has been spiraling downward ever since. She’s trapped in an abusive marriage, her career as an artist has never had a chance to flourish, and all of her hope is gone. If she doesn’t break away from all that’s dragging her down, she’s afraid she’ll never escape it.

Inside The George
by Beth Tyner

Welcome to the wacky world of Gus, small town proprietor of The George Hardware Store. He builds a coffin for Baby, the deceased pet of customer Margie, plays bee badminton with his employees and listens to the dilemmas of all who end up sitting on “The Bench.” Gus’s deft and humorous handling of his customers’ eccentricities draws you in to the rich complexity of characters living in a small Southern town as it tickles your sense of the ridiculous. 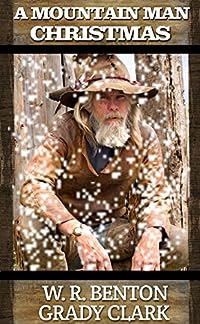 From the Authors of ‘The Fur Seekers’ and ‘The Long Ride Home’
The frontier ain’t a place for folks troubled by any weaknesses, not with hostile tribes and wide open spaces aplenty between you and another friendly face. God-fearing mountain man Deacon knows any day trapping can end in a disaster that will test a man’s faith — as well as his sorry hide. So when Deacon narrowly escapes death, he feels God has spared him for a reason. His old pal Able becomes the lord’s messenger when he asks for Deacon’s help with a special task… to guide a group of freed slaves and their families to a new life on the western frontier, taking a dangerous and harsh trail from St Louis to Butterfield’s Trading Post.

As the story of the greenhorns unfolds Deacon knows he’s found his new calling. But Deacon couldn’t predict the changing tides and obstacles in this trip or that the good Lord would soon present to him his greatest adventure of all, an act that would forever change Butterfield’s Trading Post on a very special Christmas, in the shining mountains. 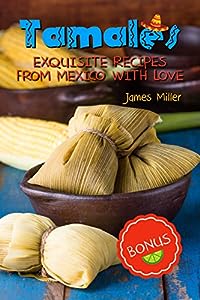 Tamales: Exquisite recipes from Mexico with Love
by James Miller

Being the main Mexican dish in ancient ages, tamale still keeps its top position in Mexican cuisine. Any Mexican cookbook can’t be imagined without tamales. Mexicans know a variety of different amazing tamales recipes. You will be surprised with this great choice of tastes based on the traditional recipe.

This Tamales Cookbook will open you the secrets of cooking traditional mexican Tamales step by step, so that isn’t important to be a chef. Tamales might have different feeling: salty or sweet – depends on your needs and tastes, but the main ingredient still is the dough. The author provides the clear instructions of dough recipe for tamales. Tamale by itself has flat aroma, but the tamale sauces may completely change the taste.

Mexican sauces are known all over the world as ones with the sharp flavor. Mexican salsas considered to be one of the best sauces for tamales. This cookbook contains recipes of red or green chili sauce, enchilada sauce and mexican salsa. Because of the sauces tamales may be served for breakfast, lunch or dinner as separate meal or as an appetizer or a simple snack.

Mexican recipes may completely change your view of cooking and become the essential part of your day meals.