A Hidden Price To Pay

The Brainrush series, by Richard Bard, has been described as an “international thriller with soul.” Ideal reading for fans of Michael Crichton and Clive Cussler, this terrifically entertaining, inventive, and compelling collection is the perfect addition to any action and adventure reader’s library. Enjoy!

Before he slid into the MRI machine, Jake Bronson was just an ordinary guy with terminal cancer. But when an earthquake hits during the procedure, Jake staggers from the wreckage a profoundly changed man, now endowed with uncanny mental abilities.

An ocean away, Luciano Battista wants a piece of Jake’s talent. Posing as a pioneering scientist, the terrorist leader has been conducting cerebral-implant experiments in a sinister quest to create a breed of super jihadist agents… and Jake’s altered brain may be the key to his success. But Jake refuses to play the pawn in an unholy war–and when an innocent woman and autistic child are taken hostage to force his cooperation, he embarks on a jihad of his own. Jake and his band of loyal friends are thrust into a deadly chase that leads from the canals of Venice through Monte Carlo and finally to an ancient cavern in the Hindu Kush mountains of Afghanistan–where Jake discovers that his newfound talents carry a hidden price that threatens the entire human race. 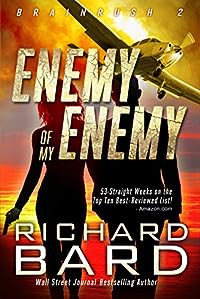 The Enemy of My Enemy (Brainrush 2) became the Amazon #1 Top Rated (best reviewed) Action/Adventure within one month of its release. It maintained the #1 slot for 10 straight months.

Bestselling author Richard Bard returns with his highly rated Brainrush thriller series, pitting hero Jake Bronson against his jihadist nemesis–and a new bioweapon that threatens the soul of every mother in America.

When a freak accident gave Jake Bronson near-superhuman mental powers and landed his loved ones in the crosshairs of an Islamic terrorist, the only way out was with guns blazing. But Jake was unable to put a stop to his nightmares or his murderous nemesis, Luciano Battista, in that ferocious Afghan mountains showdown. Now the terror czar and his minions have brought the fight to American soil–along with the most terrifying bioweapon that has ever threatened the free world. They demand vengeance, and Jake’s family and friends are caught in the crossfire.

From California’s beaches and Mexico’s deserts to the depths of a raging underground river and the treacherous Venezuelan jungle, Jake and his unlikely alliance of combat veterans and gangsters wage a rolling war of wits, weapons, and indomitable will–to rescue those they love, to save America from extinction, and to stop a madman’s bid for global conquest dead in its tracks. 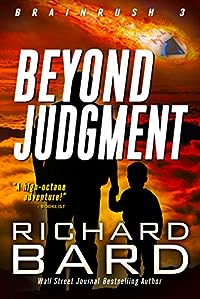 After waking up with amnesia from a six-year coma, Jake Bronson’s past is lost to him. But that doesn’t mean the past hasn’t been looking for him — or that it will let him live when it finally catches up.
Jake’s placid, anonymous life in Italy is shattered by the arrival of an assassination squad hell-bent on eliminating him — and he has no idea why he’s in their crosshairs. He’s saved only when an American scientist intervenes, wielding strange technology that briefly reactivates Jake’s dormant memories and deadly skills. As unknown enemies continue to hound Jake’s every step, the scientist helps him reconnect with lost friends and loved ones who believed him long dead.

Any happy reunion is forfeit, though, as Jake’s murky history and mysterious talents conceal a terrible secret that — should it fall into the wrong hands — could trigger the extinction of the human race. Averting this apocalypse means Jake must risk everything to reawaken his true self and stop an ancient order from unleashing humanity’s ultimate judgment. 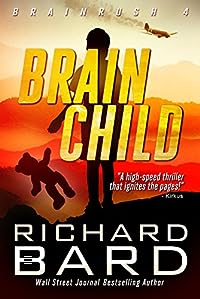 A gifted boy forced to grow up too fast… A father who will do anything to protect him… A madman bent on destroying them both.

In Amsterdam, a visionary scientist is laying the groundwork for a cybernetic life-extension project that will transfer individual consciousness to a personalized avatar. Halfway around the world, his brilliant grandson is secretly planning to use the same technology to infiltrate the world’s most secure networks. But the scientific advances necessary to perfect the brain-to-computer interface are slow in coming, too slow for the aging founder of the Everlast foundation–who may die before realizing his dream of immortality–and too slow for his ruthless grandson, who will stop at nothing to attain the recognition that is his birthright.

Caught in the middle are Jake Bronson and his seven-year-old son, Alex, whose combined mental gifts might provide the key to leapfrogging the impasse.
When Jake’s family and closest friends are simultaneously abducted in a globally coordinated kidnapping scheme, he races across two continents before uncovering the first clue to their whereabouts, unaware that his hostage son and teenage siblings crash-landed in the jungles of South China, where they must find every ounce of their courage and wits to survive the wilds and escape the ruthless drug lord who is hot on their heels. Can a seven-year-old boy learn to kill to save his family? 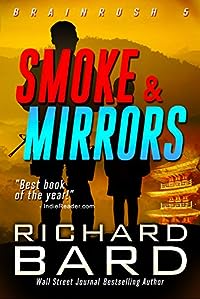 Named “Best Book of the Year!” by IndieReader.com

Smoke & Mirrors (Brainrush 5) is the exciting conclusion to Brainchild, Book-4 of the Brainrush series.

A gifted boy forced to grow up too fast… A father who will do anything to protect him… A madman bent on destroying them both.

Jake Bronson and his seven-year-old son, Alex, possess mental gifts that could provide the missing link to a cybernetic life-extension project that will transfer individual consciousness to a personalized avatar. But those same gifts are sought by a Chinese underworld mastermind who will use them to infiltrate the world’s most secure networks.

As the story continues from Book-4 of the Brainrush series, Alex and his brother and his sister are lost, and Jake’s wife and best friends have been taken hostage. Jake will risk everything to save them, and he is thrust into a frantic race that takes him from the back alleys of Hong Kong to the depths of the South China jungles, where he must lever every scrap of his failing abilities to rescue his loved ones and crush a madman’s plans to bring the world to its knees.