If you love a page-turning thrillers with mystery, humor, and romance, then these top-rated mystery-thriller books by author Tim Kizer are just what you are looking for. These captivating suspense novels are sure to have you guessing until the very end. Enjoy! 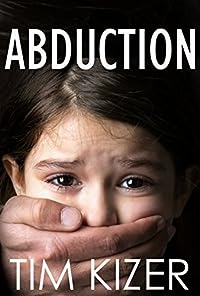 They kidnapped her family. The ransom: 16 billion dollars.

On July 21, Jane Shepard’s eight-year-old daughter and husband vanish from her car without a trace while she’s shopping at a grocery store. Days later, she’s shocked to learn that according to state records, her daughter and husband died in a motorcycle crash on July 17. The police believe that her family’s abduction is just a figment of her imagination, but Jane knows it’s not true. She begs the detectives to keep the investigation open.

When she becomes the prime suspect in a murder case, Jane grows convinced that she’s been framed by the people behind her family’s kidnapping. As she searches for answers, she uncovers a conspiracy masterminded by a top U.S. government official hell-bent on breaking into the top 100 richest people in the world.

To save her family, Jane has to find a treasure worth billions of dollars buried somewhere in South America.

Richard Brower has killed a dozen people. Now someone is trying to frame him for the murders committed by another serial killer.

Serial killer Richard Brower buried his cheating wife, Mary, in the woods on Saturday.
On Monday, Mary calls her brother’s girlfriend.
A few days later, she calls her mom.
Then Mary bumps into her friend at a mall.

Are all these people lying or has Mary actually come back from the dead?
Richard has no idea, but he will get to the bottom of this. Or at least he’ll try. 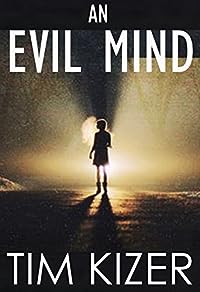 How do you stop a serial killer who can escape from any prison?

On December 11, fifteen-year-old Helen Hinton is brutally murdered in an abandoned house.

Her killer, Edward Phillips, is caught and sentenced to death. Helen’s blood was on Edward’s clothes and shoes, the murder weapon has his fingerprints on it.

Two months after Edward Phillips is transferred to death row, a murder similar to Helen’s occurs in another city. The victim is eighteen-year-old Laura Sumner.

On an October morning, Mark Hinton, Helen’s father, visits Edward in prison to talk about Laura Sumner’s case. Edward tells him that he knows who really killed Helen.

What he doesn’t tell Mark is that the real killer is the most dangerous criminal on the planet. 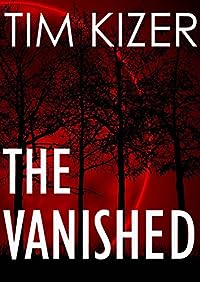 He has to become a child killer to save his daughter’s life.

On May 6, five-year-old Annie Miller goes missing in a park. On May 7, her father, David Miller, fails a lie detector test. On May 9, during a hypnosis session, David confesses to murdering his daughter and gives the police the location of the knife he used to kill her. The knife has traces of Annie’s blood and David’s fingerprints all over it.

Two weeks later, a man named Ben calls David and tells him Annie’s alive. Ben is willing to let the girl go, but first David has to do something for him–something that would land David in prison for the rest of his life.

Can David trust him?

Is Ben even real? 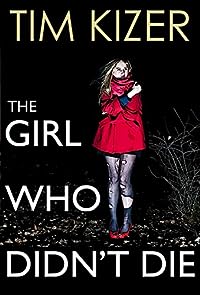 Thirteen years ago, Melissa was abducted as a baby. Today, she was brutally murdered.

Thirteen years after her only child, Melissa, died in the maternity ward, Alice Cannon learns that her daughter’s body has been found by a lake in San Diego with multiple stab wounds. She realizes that someone stole Melissa after birth and tricked her into believing her baby was dead.

The records of the hospital where Alice gave birth show that she and Melissa were discharged in excellent condition the day after delivery. Did Melissa’s abductor pose as Alice? Were the doctors part of the conspiracy to steal her child?

Alice finds out that Melissa was adopted by a childless couple, Michelle and Norman Keener, and she suspects they were behind her daughter’s abduction. When the Keeners show Alice a video of her handing Melissa over to them, she begins to question her memory–and sanity. Did she forget giving her daughter away or is she a victim of a far-reaching conspiracy?

As Alice looks for clues, she discovers that she might be Melissa’s killer.

Or maybe the real killer is trying to frame her.

First, he murdered his wife.
Then he lost his memory.
Now he has to remember where he buried the body or his in-laws will kill him. 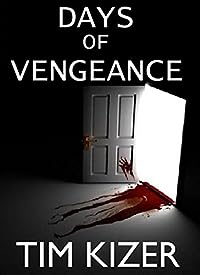 First, he murdered his wife.

Then he lost his memory.

Now he has to remember where he buried the body or his in-laws will kill him.

“Dear Frank, I know you killed your wife, and I can prove it… ”

After receiving this note, Frank Fowler, a man suffering from amnesia, begins to suspect he may have murdered his wife Kelly, who vanished three days before he lost his memory. The bad news is Kelly’s family has the same suspicions and will stop at nothing to make him remember what he has done to their beloved sister and where he buried her body.

Frank’s search for answers becomes a fight for survival after he recalls that his wife’s relatives are a clique of ruthless serial kidnappers serving a mysterious one-legged man. His chances are slim: one of the in-laws is a cop and another is a multimillionaire.

However, the question still remains: Why did he kill his wife?

Frank’s options are limited: he either finds his wife’s body or dies. In his race against time Frank has all the clues to the puzzle, he just needs to remember them before it’s too late.