A Chip Of Power

I had no clue just how important tortilla chips were, but last night I found out. Normally I do not have tortilla chips in the house, but I still have a huge Costco bag leftover from the party last Saturday. When I made tacos for dinner last night and added a few chips to everyone’s plate, I became the worlds greatest mom. Earlier that day I was the mean mom who was making my oldest child complete a rather large stack of math homework, that for some reason he had not done. He was falling behind and failed to tell me about it. It was not that he couldn’t do the math homework. He is pretty awesome at it. So you can imagine how upset I was when I found out he was missing five assignments. I made him crack down and do them all yesterday as soon as he got home from school. I also made him complete two science assignments he was missing as well. Oh yes… I was the meanest mom in the world. That is until he saw the chips on his plate at dinner. The look on his face said he forgave me for all that I did. I will never underestimate the power of tortilla chips again. 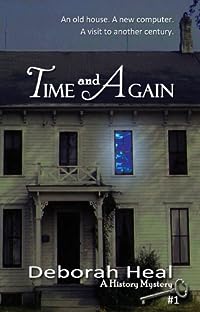 An old house + A new computer program = The travel opportunity of a lifetime… to another century.

Abby Thomas is spending the summer in a run-down old house with a bratty pre-teen named Merrideth she is supposed to tutor. It’s not her idea of a dream job, but it does come with perks.

There’s John Roberts, a devastatingly attractive neighbor who is almost too wonderful to be real.

And then there’s the virtual trip to the 19th century she gets to take via a strange computer program called Beautiful Houses — also too amazing to be real! No one knows how it works, but with the program, Abby can rewind and fast-forward the lives of all the people who ever lived in the house, including that of young Charlotte Miles.

In 1858, Charlotte’s house is a train stop on the Alton & Chicago Line. And she is stuck there serving meals to the passengers, wondering if she’ll ever get to have any fun. But then she meets two travelers who change her life forever.

There’s James McGuire with whom she falls in love. And there’s his boss, a young Springfield lawyer named Abraham Lincoln. His debate with political opponent Stephen Douglas catapults him onto the national stage and leads to his presidency during the dark days of the Civil War. Hearing Abraham Lincoln pour out his heart on the debate stage inspires Charlotte Miles to take up the cause of abolition and to turn her house into a stop on the Underground Railroad.

Abby and Merrideth gain new perspective on their own lives as time and again they see God’s plans to bless Charlotte Miles and the other inhabitants of the old house unfold on their computer screen. 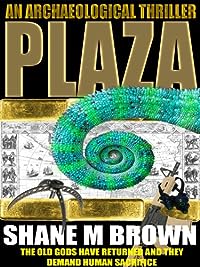 THEIR FIRST MISTAKE was ever telling the world about the wonders they had found.

They should have kept it all a secret. If they’d kept it a secret, fewer people would have died. When archaeologists uncover the largest ancient safe in the world, the wrong kinds of people will show up: criminals, mercenaries, treasure hunters.

THEIR SECOND MISTAKE was opening it.

Why would an ancient culture devote three generations to build a giant stone safe? Why would they bury it so the jungle could hide it from the world? Why ritually sacrifice one hundred thousand people to ensure its secrecy?

THEIR LAST MISTAKE proved the biggest.

This last mistake hurt the most. Their last mistake was to assume that nothing had been left behind to keep guard… 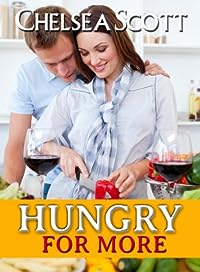 Heat… spice… chemistry…
Hot-tempered celebrity chef Paul Devoe has no problem handling those elements in the kitchen- but when Nanny Bridget Parker introduces them into his every day life, he quickly realizes that he is out of his league!

Bridget has raised “Tad” Devoe since he was born. He’s much more of a son than a charge. Bridget is devastated to learn that she might lose Tad when he goes to live with his negligent father after his mother’s untimely death.

Bridget knows more about Paul from his television shows and cookbooks than she does from interacting with him in real life. She can count on one hand the number of hours that he’s spent alone with his son. She is certain that Paul is not suitable to raise a little boy alone and will do anything to keep Tad safe and secure- but she never realized that her heart would be on the line.

Sweet, sensual and funny, this story will leave you HUNGRY FOR MORE! 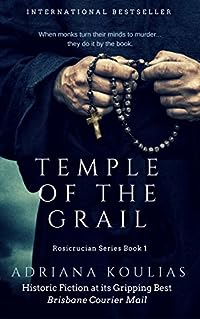 TEMPLE OF THE GRAIL (Rosicrucian Quartet Book 1)
by Adriana Koulias

This Best Seller translated into four languages is a smouldering, menacingly delightful whodunnit for history buffs and lovers of the genre.

High on a mountain in the Pyrenees, the monastery of St Lazarus is a forbidding place. Behind its ramparts and battlements heretical acts are said to take place and there is the rumour of a secret – a secret so dangerous that its keepers will kill to keep it hidden.

At the end of a bitter winter, a delegation headed by the ambitious Inquisitor Rainiero Sacconi arrives to investigate the monastery. Andre, a Knight of the Templar Order, and his young scribe, Christian de St Armand, are accompanying the inquiry. When monks begin to die in macabre circumstances they are drawn into solving the hideous crimes but if they stumble upon the secret of St Lazarus it will turn into a fight, not only for their lives, but also for their souls.