A Goal To Work With

I can’t believe what I actually did yesterday. I went bathing suit shopping! THE HORROR! It was actually more of a practical thing. I needed a bathing suit that didn’t wrap around my neck, and Target just put the bathing suits out. Yes, I so see the logic Target when you put the bathing suits out right after Christmas. People love to try on bathing suits right after they spent three solid months shoveling food and candy into their mouths. I was hoping I have finally hit the age where I don’t care as much about what I look like and was looking for more of a comfort thing. After I tried them on at home, I realized I still care. Darn. But I did find one that I could work with and heck… I might make it a goal or something. At least I have a not so bad starting point. The flu I got around Christmas really gave me a head-start, plus it also got me down to only one cup of coffee a day. I feel like the few benefits to having the flu are a bit of a consolation prize for being so sick. Just a little side note. I added a great recipe for a delicious Mac & Cheese that is sure to undo all the work the flu did. You can find it by clicking here. 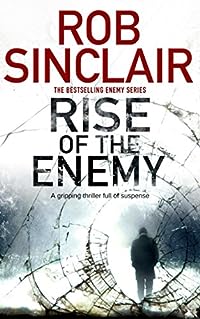 Rise of the Enemy (Enemy series Book 2)
by Rob Sinclair

Rise of the Enemy is the gripping and suspenseful second novel in the highly-acclaimed and bestselling Enemy series of espionage thrillers featuring Carl Logan.

Everyone has a breaking point. Carl Logan might just have found his.

The Joint Intelligence Agency sends agent Carl Logan on a routine mission to Russia. It should have been simple. But when Logan’s cover is blown, he’s transported into a world of hell he thought he would never see again. Something is different this time, though, and before long doubts begin to surface in Logan’s mind as to why the assignment went so wrong. Logan has never been short of enemies. And sometimes the enemy is closer to home than you think.

Could his own people really have set him up? 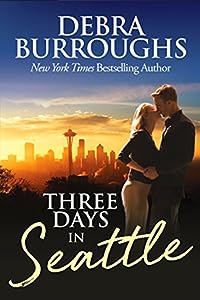 Three Days in Seattle, a Novel of Romance and Suspense
by Debra Burroughs

From NY Times bestselling author comes Three Days in Seattle, a fast-paced, flirty read that will keep you riveted to the pages. When LA photographer Kate McAllister flies to Seattle in search of her missing sister, she finds irresistible real estate agent Ryan instead.

Little did she know that this trip would set her on a path of danger and change her life forever, for soon Kate and Ryan are entwined in a vengeful murder plot — and a simmering love affair… 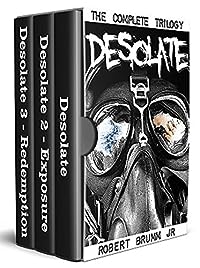 Howard Bell thought he hit rock bottom the day he returned to his former employer with a loaded gun. Instead of putting a scare into his ex-boss as he intended, things quickly get out of hand, and he kills five people. Howard is sentenced to life at an experimental prison camp off the coast of Antarctica, and he soon learns the true definition of “rock bottom.” Prison life at the remote island involves back-breaking work in the illegal mine run by the corrupt warden and his abusive guards. After a mysterious object is discovered deep in the mine, the inmates and staff start dying from an unknown infection. Howard is lucky to find himself one of the few survivors immune to the pathogen, but he and his fellow inmates learn something far more sinister and terrifying also has emerged from the mine. The truly lucky ones are already dead. 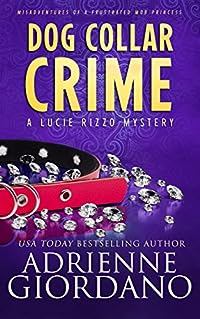 Out of work and down on her luck, Lucie Rizzo is forced to do the one thing she’s long avoided — come home to her nutty, mob-infested family. A move that brings her back into the tempting arms of Frankie Falcone, the smoldering Italian ex who’s no stranger to living with the mob.

When Lucie parlays her temporary dog-walking gig into a legit career, Frankie becomes her number one supporter. Suddenly, shaking her mob princess reputation doesn’t seem so crazy… until three of her clients are dogjacked.

Despite help from the on-again, off-again Mr. Fix-It in her life, Lucie is thrown into a criminal conspiracy straight out of a gangster movie. One that, if she’s not careful, could leave her sleeping with the fishes. 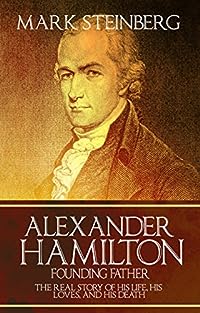 Alexander Hamilton: Founding Father-: The Real Story of his life, his loves, and his death
by Mark Steinberg

Alexander Hamilton: Founding Father is the story of one of America’s great founding fathers, Alexander Hamilton. The book is a detailed account of this very important but controversial figure in American history. The story is a “classic rags to riches” one and begins with his childhood in the British West Indies. Though his life is filled with tragedy and he is very poor, Hamilton manages to distinguish himself through his writing and his business skills. Eventually, he leaves the West Indies and immigrates to North America where he receives a first rate education. Later, he becomes a hero in the Revolutionary War and is appointed to be General George Washington’s right hand man. Because of his service to Washington, Hamilton becomes the Secretary of the Treasury when Washington is elected President. As a member of the new government, Hamilton makes significant contributions including setting up a banking system and a currency system which are still used today. He also plays a major role in the ratification of the United States Constitution. While Alexander Hamilton: Founding Father primarily focuses on Hamilton’s great contributions, it also presents his dark side. Though Hamilton married a wealthy woman and became a member of the aristocracy, he was also involved in a scandalous affair and ultimately died in a duel defending his honor.